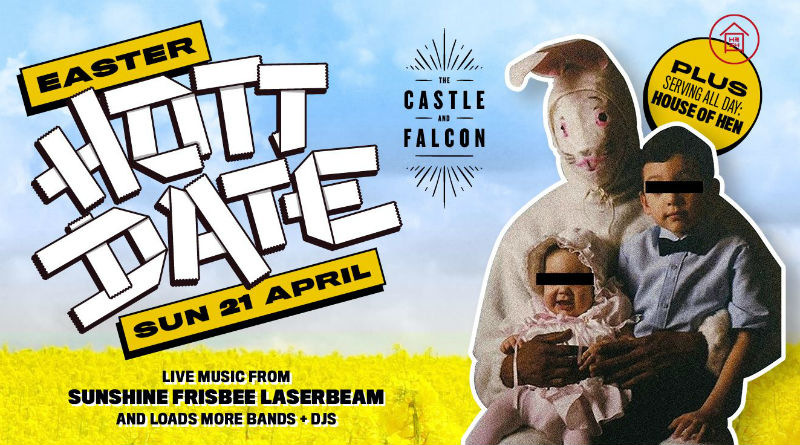 This upcoming Easter Sunday will see a cavalry of Birmingham’s best bands and DJs join forces for the Hottest date in the calendar.

Hott Date, the party brand that have stormed the scene for over ten years, is returning for the first time in 2019 at the The Castle and Falcon on Easter Sunday.

Topping the bill this year are indie-punk veteran Sunshine Frisbee Laserbeam, who after releasing their new album ‘Blackout Cowboy’ have been touring up and down the country and supporting huge names such as Yak, Mutant Monster and Screaming Females. With over 100 songs under their belt it’s hard to pigeon hole SFL, although dark humour, surfy scuzz and lovable pop-punky riffs is a good place to start. 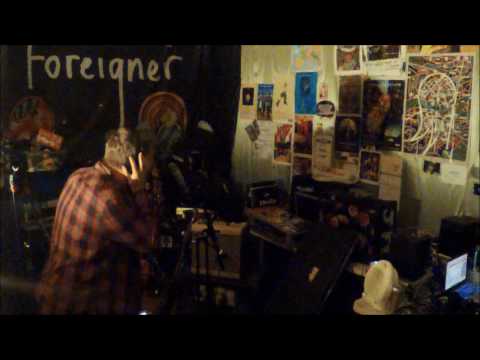 Joining SFL on the line up are trashy, thrashy punk trio Bad Girlfriend, known for their raucous performances and no-frills, no-shit taking tracks.

Bluesy-alterantive You Dirty Blue and new punks on the scene Modern Literature also join the ranks alongside stripped down sets from set from Gruel and Bryony Williams, before art-pop duo Liquid Cheeks complete the line up.

It wouldn’t be a Hott Date without the top-draw DJs keeping the party going across the multiple rooms, and this year has one of the biggest line ups to date. Birmingham local legends Tom Mason (Le Freak), Wayne Langston (Paid in Full), Oliver Overton (Bad Ain’t Broken/The Sunflower Lounge) are joined by Brum brands Brum Tropicana, Kaleidoscope, Disco Pssy, Cherry Bomb and Chicks Dig Jerks who will be spinning everything from disco and funkadelic to hip hop, alternative, indie disco and more.

Since rebranding in 2017, The Castle and Falcon on Moseley Road has quickly become the venue of choice. This year’s top acts Mahalia, Tom Walker and Brit Award winner Sam Fender have enjoyed sold out shows alongside US rockers Deap Vally and Sunflower Bean, And You Will Know Us By The Trail of Dead, Tim Burgess, Let’s Eat Grandma and Julia Jacklin to name but a few. With this up and coming venue being one of the newest names on the map, it makes sense for Hott Date to take it and turn it into the party centre of Birmingham for one day (and night) only.

Easter Hott Date starts takes place 2pm until 2am on Sunday, 21st April. Tickets are available via the link below.