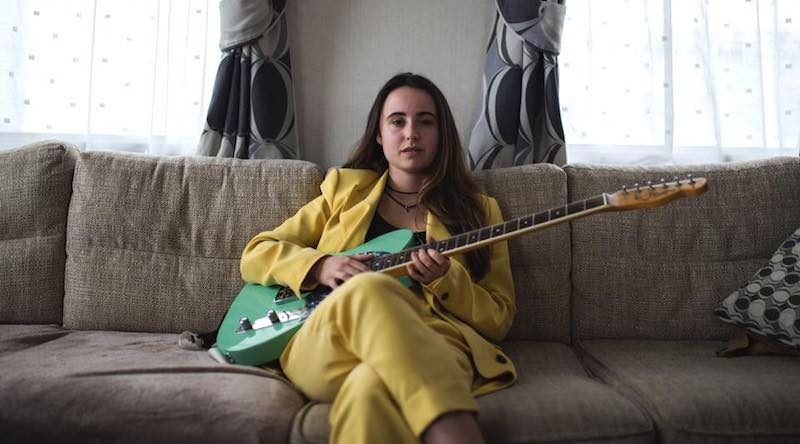 One of the Midlands’ most mercurial of talents, Bryony Williams has been largely dormant since the demise of Field Harmonics. Now she’s returning with a new EP, live dates and high hopes. “It’s good to be back,” she tells Sam Lambeth.

Bryony Williams has always stood out, and not just through her outfit. Nowadays she’s rocking a striking yellow suit, but for several years she has carved a niche that’s separate from her attire. Whether she be releasing records under her own name or in the electro-pop beauty of Field Harmonics, Williams’ honey-coated howl and explorative sensibilities have ensured she’s remained high above the indie landfill.

Her new EP, Conscious, is her first for over two years, a fitting title for a talent seemingly laid fallow. Williams says it’s been a necessary process. “I’ve never actually stopped making music,” she insists. “These songs have been around for nearly a year now, but since my first studio session last July the songs have developed. I have been astounded by their potential.”

With the help of esteemed producer Matt Pinfield, Williams crafted the volatile, explorative and lush soundscapes of Conscious. “It’s encompassed with warm, fuzzy guitar tones, cute keys and my voice,” Williams says. “But there are a few surprises. The first track, ‘Honey,’ is something very new and artistically out of my comfort zone. But these experimentations need to happen…it’s presenting another side of my personality.”

The experiments have paid off. From the DIIV-indebted stomping grooves of lead single ‘Whirlpool’ to the pulsating overlaps of Hypnosis, Conscious is a powerful body of work. Buoyed by Williams’ smooth voice and introspective lyrics, it’s a record she’s immensely proud of. “The whole EP signifies a coming-of-age soundtrack,” she says. “It’s a record I know I’m going to look back on in years to come with pride.”

Conscious is released on Friday 15 June.