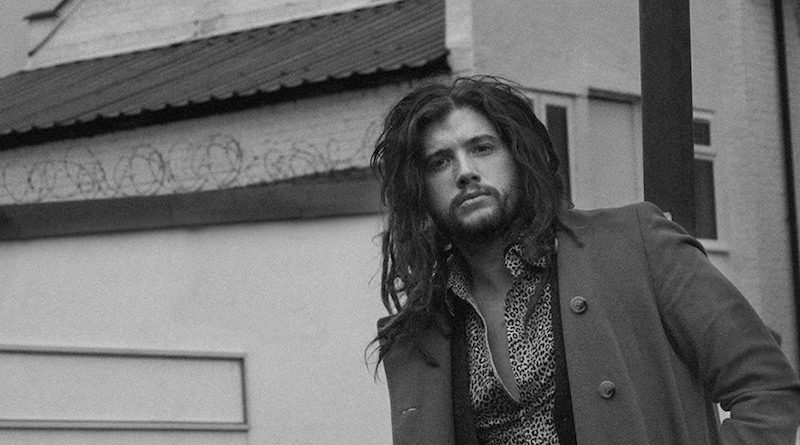 Ahead of his slot supporting Peace headlining the O2 Academy this Thursday (24th May), Counteract caught up with Wolfgang Harte for a short Q&A about his return to music. The musician was previously a member of Swim Deep before departing in 2011 and is returning with a brand new musical project.

A demo entitled Old Bird is the first release from him penned in dedication to his mum. “I wrote the song shortly after my Mum died last year, Old bird was my nickname for her!” he stated. “It’s a sad song but it’s about remembering good times together and it gives me a crazy feeling of euphoria playing it. I guess it’d just be nice if people enjoy the energy and feel moved by it.”

Wolfgang premiered the new project at a show with local favourites, Riscas. “The first show was great. Beyond several hundred impromptu 4am karaoke sessions, I haven’t performed live in about 7 years. It was great to be up there again and I had a blast. The only thing is, there are quite a few of us on stage so I spent a lot of time trying not to fall off or maim one of the band!”

Wolfgang is an old friend of tour mates Peace, so they have had quite a ball on the road together. “Peace are old friends of ours, me and Harry live together, so it’s like taking our little circus on the road. Been a lot of fun and I can’t wait for the finale in Birmingham”.

It’s been quite some time since Wolfgang left Swim Deep, and he has had some crazy experiences in the meantime. But, ultimately he felt it was best to return to music being greatly inspired by his peers. “Apart from testing my human capacity for alcohol consumption; I’ve wandered barefoot through many deserts, climbed many mountains and swam the seven seas naked under the sun. I’d wanted to get back into music for a while. I moved in with Harry from Peace and Cav from Swim Deep and so being around music again really motivated me and after losing my Mum I just decided fuck it, this is what I want to be doing with my time.”

The future seems bright for Wolfgang, and he is really enjoying being back in music – his aspirations for the future are high. “Right now I’m just enjoying the experience of playing live again and I have some amazing friends that you might recognise who have been helping me get this together. Just going to keep gigging, writing and recording more. Getting my name out there. Though I guess headlining Glastonbury 2020 has a ring to it, right?”