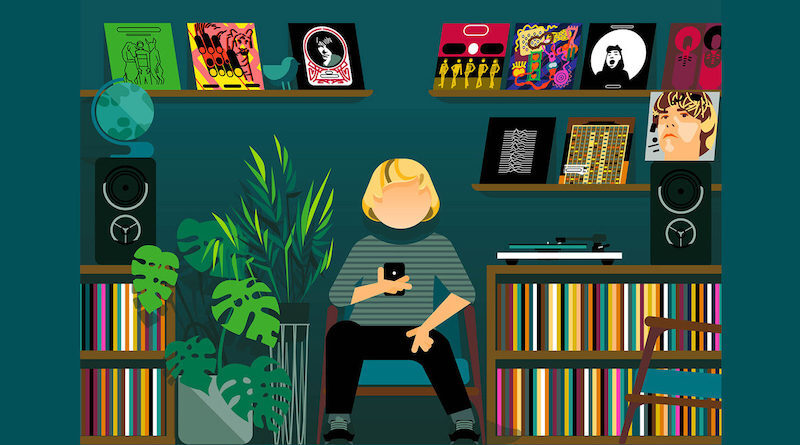 In a world where our favourite tracks are at our Spotify fingertips, we’ve forgotten to appreciate the b-sides and the underdogs. Millie Finn delves into the latest way to listen to an album

Let’s face it, it’s natural to neglect delving into the innings of a record when, for so many, music is background noise for the morning commute, daily errands and – pre-Covid – social gatherings. While Charlatans frontman Tim Burgess’ listening parties were born well before 2020, the endearing concept was discovered and adored by thousands more when thrown into a worldwide lockdown.

The click of a button or the scratch of a needle were the sounds behind Brits opening their timelines at the exact same time to immerse into the chosen album of the hour, topped off with live tweets streamed from the artist themselves, including the likes of The Cure, Blossoms, Liam Gallagher, The Libertines, Kaiser Chiefs, The Smiths, The Strokes, Blur, Pulp, The Streets, The Vaccines, Foals and Royal Blood, to name a few.

The intimate discoveries that come with each live tweet from the artist are ingenious. While we all listen to the album together, each band member takes us through the true meaning behind the lyrics we could have been singing along to for years – even if its origin was merely a moment of madness.

Fun fact; I always like the line in James ‘Laid’ ‘my therapist said not to see you no more’ so i added ‘fuck what the therapist said it’s just something he read’ in the 2nd verse, literally just to have the word therapist in a tune.

And so commenced the most efficient, and I'd argue most splendid, batch of recordings in the Libertines' studio career. We did, I think I'm right in saying, get 9 of the eventual 14 tracks, recorded in the first 24 hours – like bang bang bang bang bang bang wallop.

The hints of nostalgia are infectious. Oasis’ Bonehead channels Liam Gallagher’s unmistakeable Manchester presence, as well as sharing a never-before-heard memory with Echo and the Bunnymen.

Headshrinker. Another of my favourite Oasis songs. I reckon if you got mugged and this was in your headphones, they’d stand no chance. Sounds like a band who wants it

We ended up in the studio with Macca and Will, Liam put a backing vocal on their song Nothing lasts Forever and we both did handclaps on the outro. Love the Bunnymen. Love Liam

Shed Seven‘s Cannon shared a refreshing nod to those festival days, while we’re inclined to take a closer look at Oasis’ infamous artwork.

The album did well enough that Rizla made these special skins and gave them out to festival goers when we played the main stage at Reading festival 97 @OfficialRand#TimsTwitterListeningParty #AMaximumHigh pic.twitter.com/1jiRNZn1cA

As Noel can't read or write music we got a music professor from the Royal College to write out the correct notation for the song 'Masterplan' – that's what's on the blackboard on the cover.@BoneheadsPage @Tim_Burgess #TimsTwitterListeningParty pic.twitter.com/ttL2XiCu2N

With such unheard insights at the refresh of your Twitter feed, who needs to go out? When we needed it most, listening parties were added to our list of hobbies and forms of escape. And with a second English lockdown in full swing, the need to find a way to stay in tune with the world has never been more important. Keep your records close, your Spotify active, and settle down for the music.

In the words of Pete Doherty during a lockdown listening party, “bang, bang, bang, wallop”.

Get involved with Tim’s Twitter Listening Parties over at @LISTENING_PARTY and on the hashtag #TimsTwitterListeningParty.