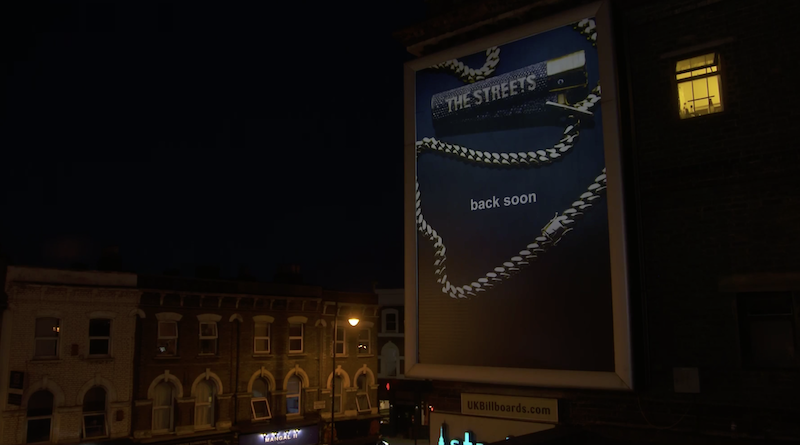 On Thursday 6th August, your local city poet Mike Skinner proved that ticketed live streams can work and offered hope for many in the music industry

I’ll admit it. I was rather skeptical about paying to watch a streamed gig. For the best part of half of my life I’ve regularly been attending gigs – from sweaty, basement bars to watch bands often touted as the “next big thing,” to the most grand of arenas and stadiums for the world’s already big thing. That’s normal to me.

We’re not living in normal times though. Covid-19 has ripped an already fragile entertainment sector to shreds with venues closing, thousands of job losses and no real sign of recovery any time soon. Every gig from April onwards has been cancelled or postponed, and those that have postponed to early 2021, well… we’re not even sure if those are going to go ahead. Something had to be done – especially after those failed attempts at “drive-in” gigs across the country – and Mike Skinner had a plan. If we can’t come to him, he’ll bring the gig to us.

In a world of Instagram and YouTube where live performances are freely available at the click of a finger (well, the tap of a few fingers) it felt a bit of an ask to expect people to be happy with paying £10 or £15 to sit in their living room and watch a gig from their screens. Judging by the live comments running on the side of the live stream, it seemed as though many were just pleased to see *some* kind of live music return, and to be cracking open a few cans.

Let’s be clear – this wasn’t a cash grab, or a ploy to line Skinner’s pockets. It was to help out his band mates, crew and everyone else involved with putting on live events. It was to show the world that live music is still alive, even without an audience. While a live stream isn’t exactly a revolutionary practice per se, The Streets, like countless others, have had every live booking cancelled this year. It’s important to remember that for a live act to function it requires more than just those you see on stage, so it was a bold move to try and sell tickets for something people could only watch in their homes.

Obviously, this was no normal Streets gig; no pint cups were flying, Skinner wasn’t crowdsurfing to the bar, nor bellowing his trademark “can you see me?” and the only person leaving the venue dripping with sweat was Skinner himself. Replacing all of that was a seamless theatrical production that ebbed and flowed with the setlist, using up every inch of Hackney venue EartH. From the replica cafe as seen in the boisterous Don’t Mug Yourself video to a simple lightbulb swaying back and forth in the dark during the heartfelt Never Went To Church, every track had its place in a live stream which was too good to peel your eyes from. Blink and you’d worry you’d miss a moment.

There was even a Streets-themed bar menu. It’s all in the details.

Skinner, who openly admitted it was the most nervous he’d ever been about a performance, cut an anxious figure at times. Instead of being followed by adoring fans he was followed by a few camera men and set producers, and instead of feeding off crowd participation his social commentary was brought to the fore and hit home that little harder. This gig felt more personal than the others that preceded it, and with comments like “tonight you’re being transported into my dark mind,” it was easy to see why.

His latest record, None Of Us Are Getting Out Of This Life Alive, featured in this effective greatest hit set; from the gritty title-track featuring Idles to bass-ridden set-closer Take Me As I Am, which saw Skinner pop bottles of champagne open and be sprayed in the face with a huge foam gun. These new tracks were peppered in amongst bonafide Streets classics including Blinded By The Lights, Dry Your Eyes and Let’s Push Things Forward, while Stay Positive and Going Through Hell carried a certain air of poignance in the current climate.

In these strange times we all find ourselves living in, perhaps ticketed live streams will become the new normal – for now, at least. The live music industry needs a little help, and we can all play our bit by supporting not just the musicians, but every single person involved that helps put a live show together. Sound engineers, lighting technicians, roadies, tour managers, venue security, promoters, agents, production companies, show reps… the list is endless. You may think twice about paying £10 to watch a live stream in your living room, like I did, but there’s more to it than meets the eye.

Last night, Mike Skinner showed that there is light at the end of the tunnel for the live music industry. Thank you, Mike.