Flanked by the French flag formed from the stage lights, adding a humbling tone to the evening, Manhattan natives, Sunflower Bean were welcomed on stage by a modest crowd (made up of superfans to begin with), which grew slowly but surely as the set progressed. 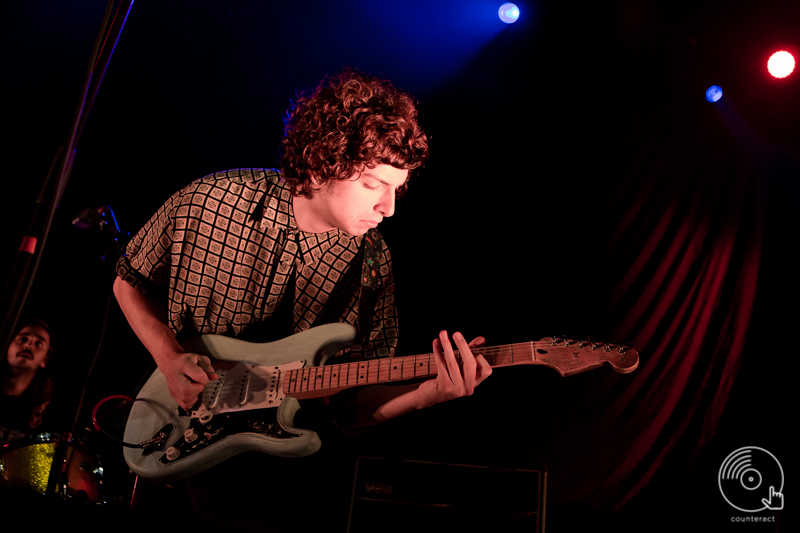 The band’s meek movements didn’t seem to correlate to the heavy, bassy sound that boomed out from their instruments, yet their awkward stage presence (albeit somewhat cringeworthy), almost suited them.  Bassist Julia Cumming’s shrill vocals provided a pleasing contrast to guitarist Nick Kivlen’s, adding a sort of calm amidst the well played, catchy chords. 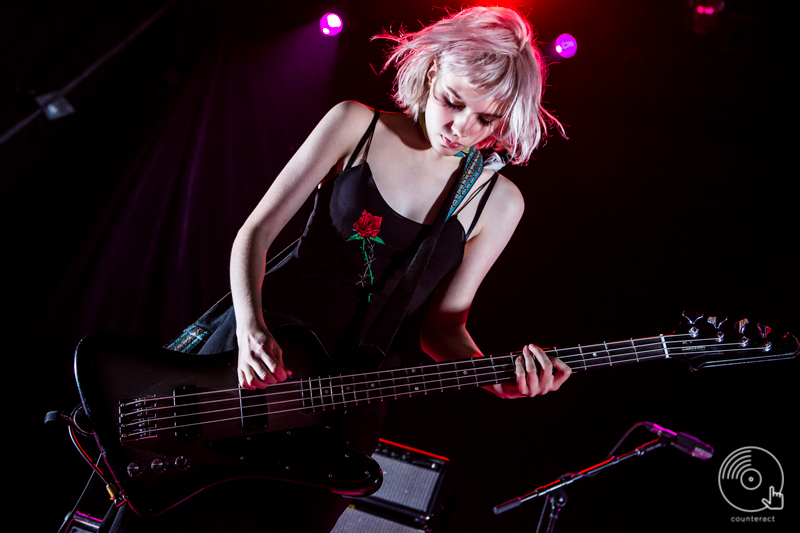 After an understated ‘thank you’ in their smooth American accents, the trio exited the stage, setting the way for Palma Violets. Walking on stage amidst a lot of hair and gleeful cheers from their fans, Palma Violets crashed into their set with full gusto. 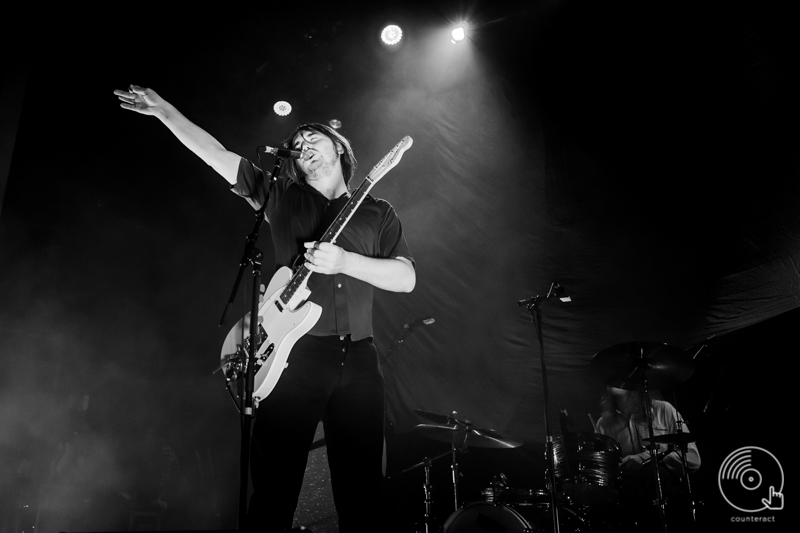 Stealing the show was bassist Alexander “Chilli” Jesson, but not necessarily for the right reasons.  Spitting into the air for the first time before their set even began (which he followed up twice more) was an indication of things to come.  As he flayed across the stage, it was difficult to not think he was trying slightly too hard to mimic a certain Libertine; all he needed was trilby and he could have easily passed as Doherty. 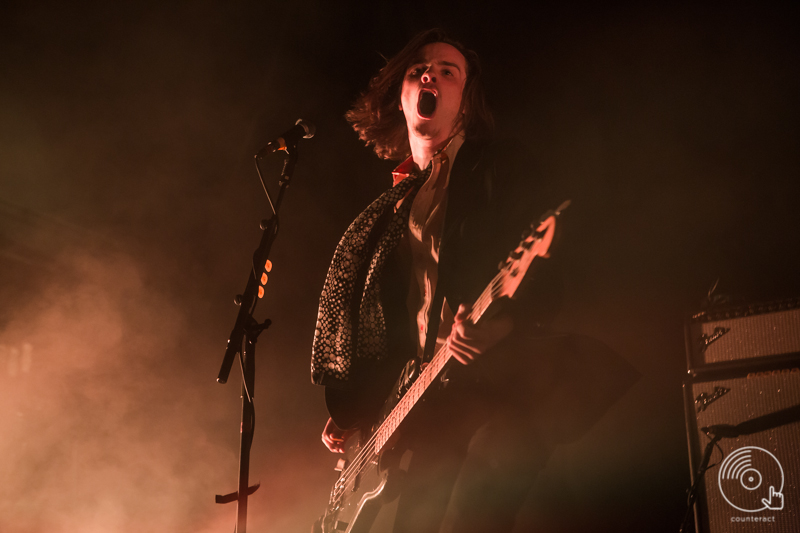 Jesson’s erratic performance was, however, welcomed by many.  Half of the adolescent-dominated room showed their support for the band by forming mosh pits and creating a wave of movement in the venue, which grabbed the attention of Jesson, making him stop after one of their songs to express his thanks to that half of the room.  By far the best reaction for the punk-spattered quartet was for their best known tracks, including ‘Best of Friends’ and ‘We Found Love.’ 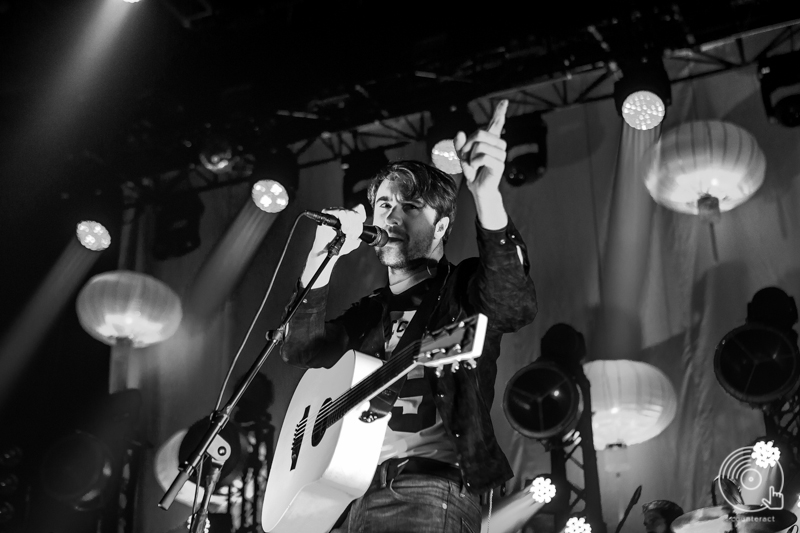 It’s quite difficult to be quite sure how The Vaccines’ set panned out from then on; crashing on to a cacophony of cheers, they threw themselves into ‘Handsome’ – despite their Twitter poll favouring ‘Wolfpack’ to be their opening song –and from then on it was hit after hit after hit; every song that was willed to be played, was played.  Lead Justin Hayward-Young, who was sporting his band’s t-shirt addressed the crowd throughout, waggling his fingers at the crowd in encouragement and declaring at numerous points how glad they were to be back in Wolverhampton, much to the delight of everyone. 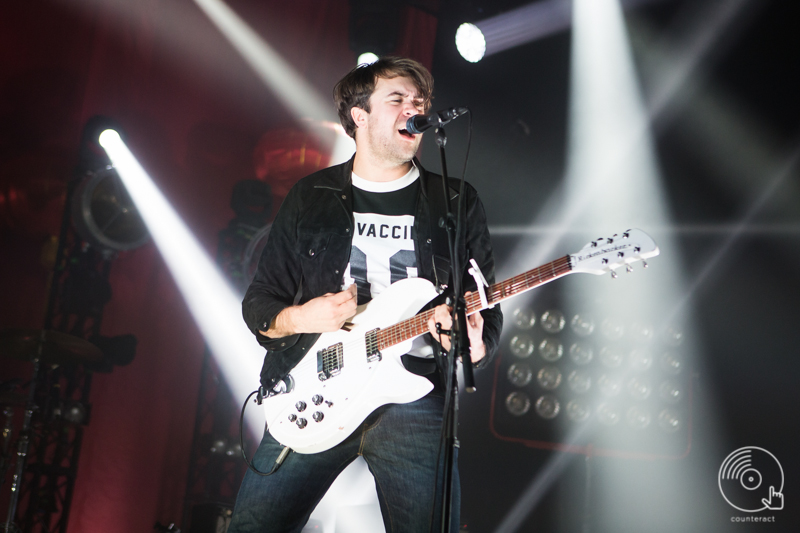 Despite claiming to be tired from their recent trip down under, they flew through their set with packs of energy, ensuring each song had the same amount pumped in as the last.

Naturally, the crowd wanted more following the band’s exit from the stage after a thanks and “it’s good to be back!” and their calls were succumbed when Hayward-Young came back alone to perform a special acoustic version of ‘No Hope,’ which treated the crowd to 4:10 of an intimate, seemingly secret performance.  It was a bit of a tough act to follow, which was a shame for bassist Árni Árnason who took the mic for ‘Blow Your Mind’ to a mixed reaction from the crowd.  His deep toned vocals almost confused the song, but nonetheless fans continued to jump and sing along. 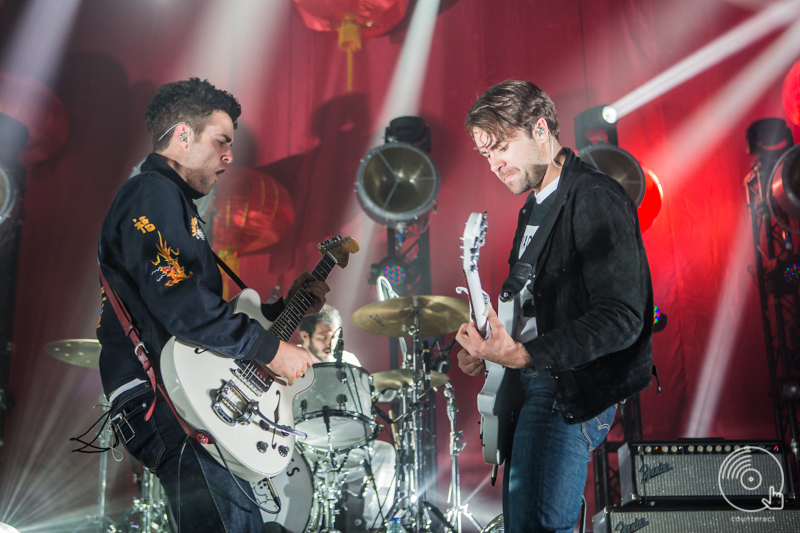 Introducing their final song of the night with, “You all know what’s coming, Wolverhampton,” they broke into ‘Nørgaard’ which ensured every last bit of energy, both on stage and in the crowd, was spent.

There is a lot of good things to say about this gig, but not enough words to say it.  So, in short, The Vaccines put on a particularly sterling show.  They knew exactly what the crowd wanted and adhered to their needs perfectly, which resulted in an evening enjoyed by all. 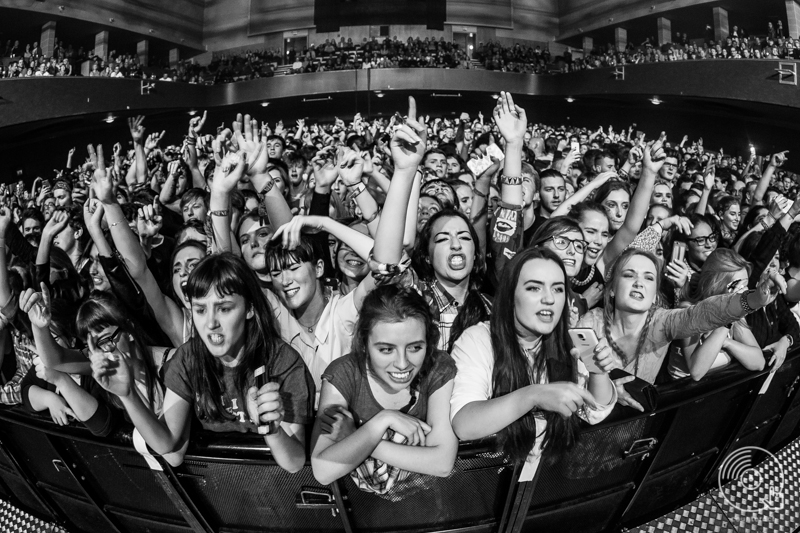 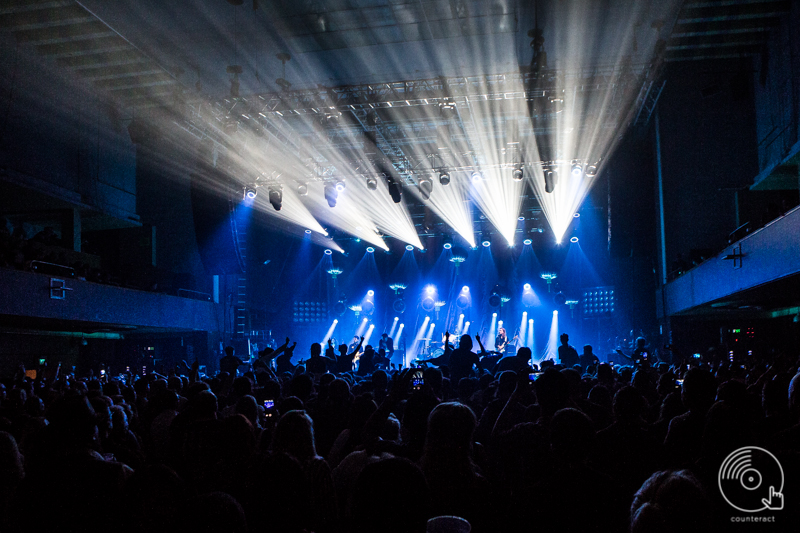