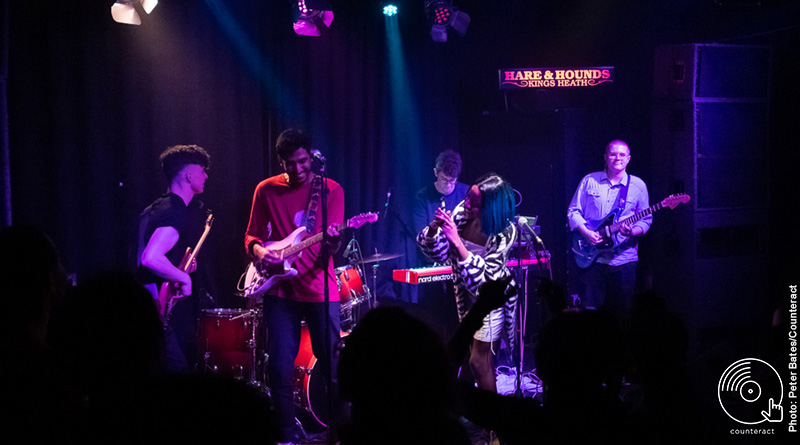 On Monday 17th June at the Hare & Hounds, Odd Soul cemented their place as one of the Midlands’ finest musical exports – with a little help from their friends Sorry Grace and 2U4U

Continuing their quest to bring the entirety of Birmingham on-board with their distinctive blend of idiosyncratic soul and math-rock, members of Odd Soul can be found almost every night of the week frequenting some of the city’s most exciting musical environments. This means that whenever the band suit up and take to the stage together, it feels like a moment not to be missed. Such was the case when the group took to the Hare & Hounds on Monday.

The night opens with 2U4U, a Rugby-based trio whose absent third member appears tonight in ‘ghost form,’ as the group’s MC informs the crowd before kicking into their opener. What follows is a half hour of intimate hip-hop as the two effortlessly work their way through a plethora of airy grooves and laidback verses, including a cover of Slum Village’s ‘Fall in Love’ that would bring the house down if its inhabitants weren’t so blissed out. 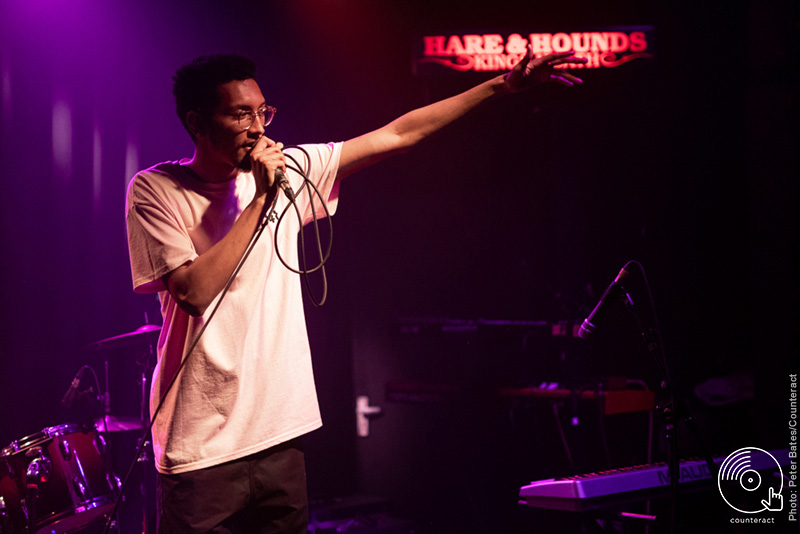 Next we have local favourites Sorry Grace, a band quite quickly blossoming into one of the most exciting groups in the city, and whose live show is something special in whichever context it is caught. They sound like the band Jack Steadman’s Mr Jukes is trying to be, feather-soft space jazz doused in lavender lighting; King Krule-esque guitars plucking away to a five-to-the-floor bounce as saxophones soar comfortably above. Despite stage patter that would suggest that the group have just rolled out of bed and onto the stage (‘I forgot to make a setlist,’ admits singer/guitarist Charley Mack halfway through the band’s performance), Sorry Grace play with all the elegance of a group that know exactly what they’re doing, barely breaking a sweat as the venue heats up for its headline act. 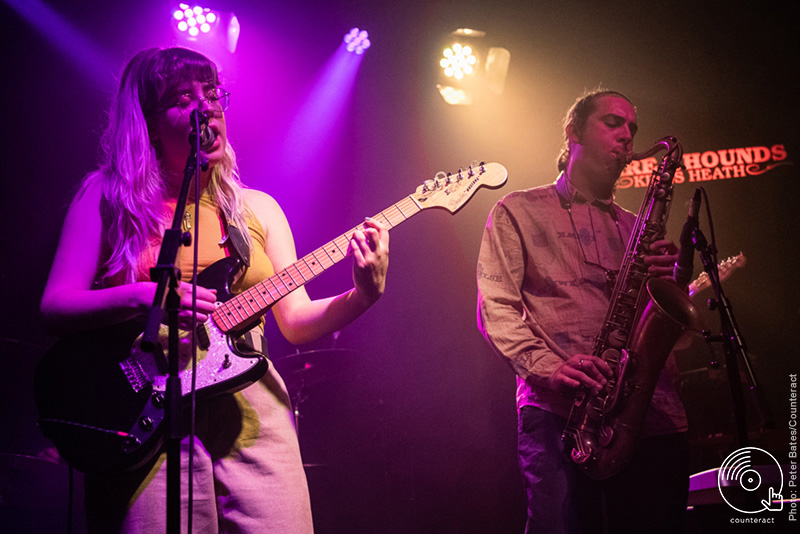 When Odd Soul emerge, it is from slightly clunky circumstances. It would be disingenuous of me to pretend that it isn’t comedic to see keyboardist James Dickinson waving frantically at the sound mixer from the stage before getting the go-ahead to manually trigger the ‘Big Smoke’ interlude that the band eventually walks out to.

However, once all six members are onstage together, the haze clears and any possible doubt is cast aside. Colleagues of mine have already described the band as one of Birmingham’s most talented and, even to those who might have never seen them before, it takes just the few opening bars of ‘Janky’ to affirm that the group are possibly the very best band in the city – no mean feat considering their youth. 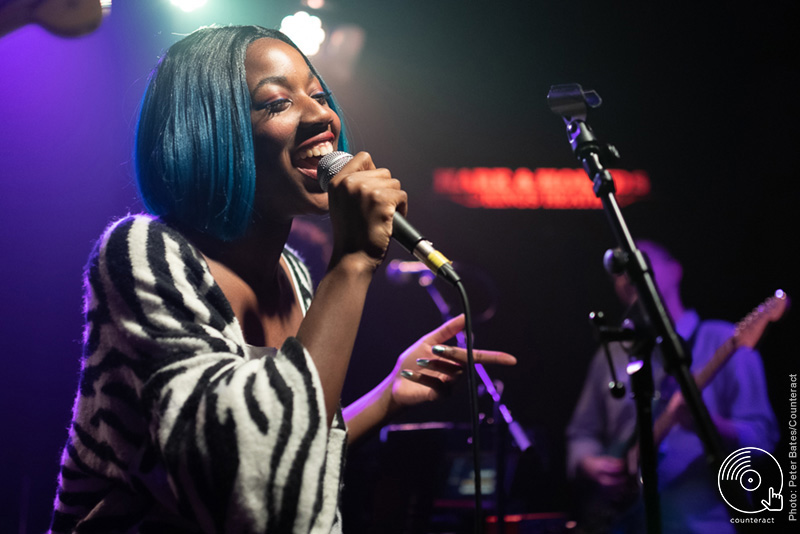 Despite waiting until nearly halfway through their set before playing anything more from their sparse studio catalogue, the sizzling chemistry between the band and the audience is electric from the very start, despite the relative unfamiliarity of the music being played. New song ‘Madhatter’ is a masterpiece, sounding like something plucked from the very depths of the Atlantic: basslines submerged under murky sine waves before out of the reverberating waves of guitar comes a synth stab that for a moment threatens to take the track into EDM territory, but instead carries it towards an irresistible, oceanic conclusion. Someone from the audience shouts for them to play the song again as soon as the band stop. Alas, though, the show must go on. 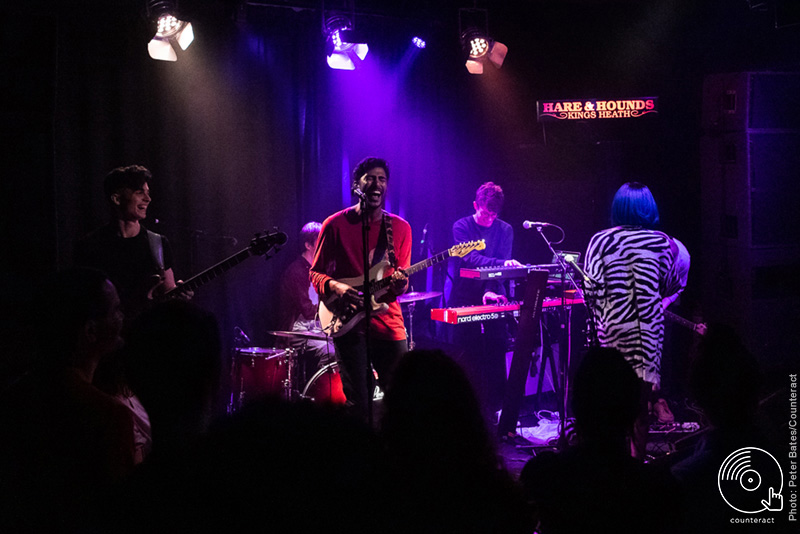 Old favourites ‘Movies’ and ‘Plywood’ naturally play to massive cheers, the latter’s mathematic guitars and massive psych-rock climax sounding as massive as they have since they first burst forth from the Selly Oak student scene. Closer ‘Shire’ drops as gloriously as it ever has, the chorus bringing together the joint vocals of Gabriella Iñuta Liandu and her guitarist counterpart Rohit Jepegnanam in perhaps the most gorgeous fashion of the entire night.

Is it a technically-perfect set? No. But for every little imperfection (each of which elicit nothing more than a giggle from the band) there are several moments of sheer brilliance: tempo shifts, key changes and rhythmic nuances that bring the house to its weakened knees each time. The endearingly human nature of the band’s excellence reach a head during penultimate track ‘Bdbbd’, in which bassist Seb Read openly requests that Liandu film the band for his Instagram story (it’s @seebread – he’s pretty popular). 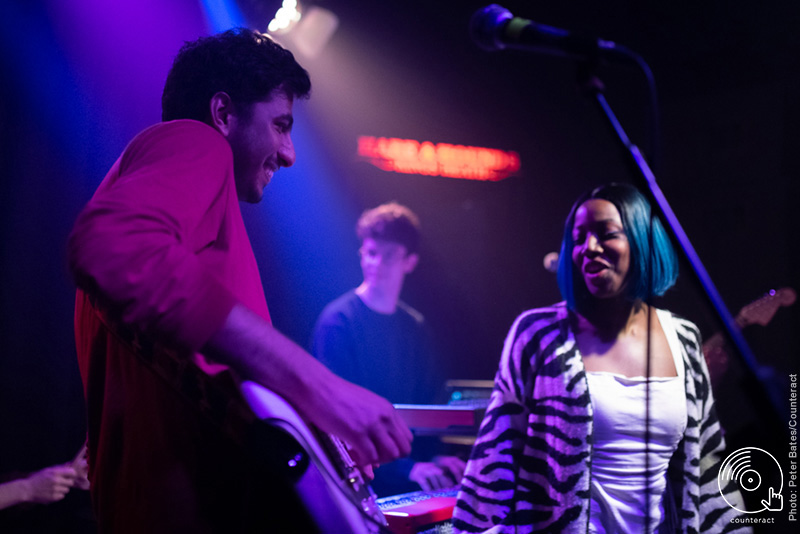 As great as the group’s old material remains, the night’s most brilliant points all seem to come in the new songs. It is clear that in the tricky groove of ‘Time’ and in the prog-soul liveliness of ‘Sara’, Odd Soul are having the most fun. They thrive in the viscera, and tonight epitomises the exciting direction in which the band are taking their craft.