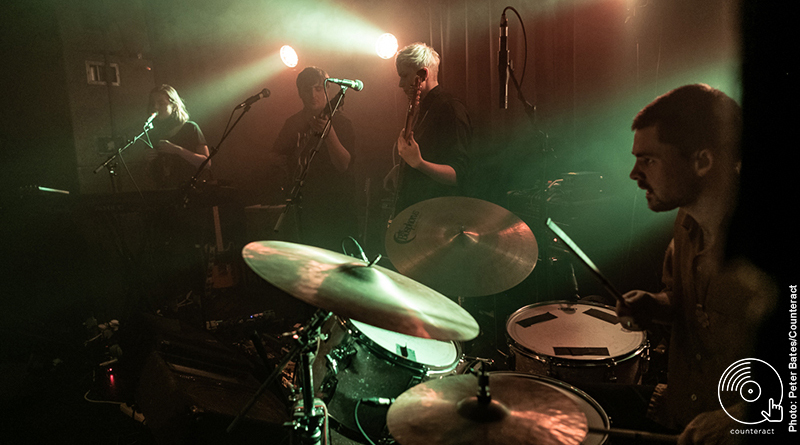 Another Sky played to a packed out venue 2 at Kings Heath’s Hare and Hounds on 13th February with support coming from fellow Goldsmiths’ alumunus Imogen and local favourites Chartreuse.

With a checked blazer topped off with 80s power-dressing shoulder pads, Newcastle’s Imogen is a diminutive figure on her first visit to Birmingham, jostling for space behind a keyboard on an already cramped stage. But she manages to hold her own, creating eddies of sound from her delicate vocal and soft piano flourishes, capturing the crowd, who float along to songs from her debut Faze Green EP. Tracks like ‘Limerence’ and ‘Maria’, yearn with a satisfying balance of heartfelt lyrics and a sweet soothing sound. 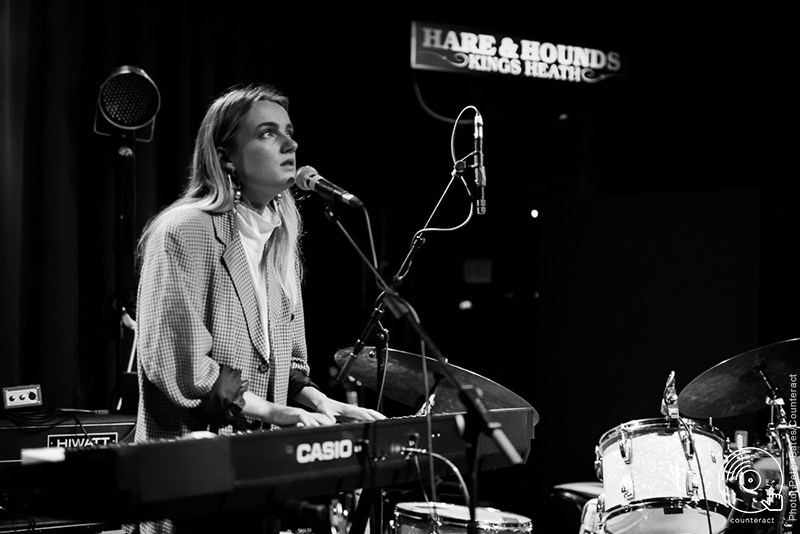 Chartreuse, a firm local favourite, have evolved their music in recent months, adding a soulful edge to their ambient dark pop. They seem to totally inhabit the music they create; on ‘Midnight Oil’ you can sense it flowing through them as well as from them. The interplay between Harriet Wilson on keyboards and Michael Wagstaff on keys/guitar on songs like ‘Woman I’m Crazy’ is like a wholesome country duet whilst ‘Blue State’ has a 4AM Portishead vibe. Though the structure of the songs is very minimalist – a simple bass line backed by a metronomic drum beat – at the heart of their sound is real sustenance. 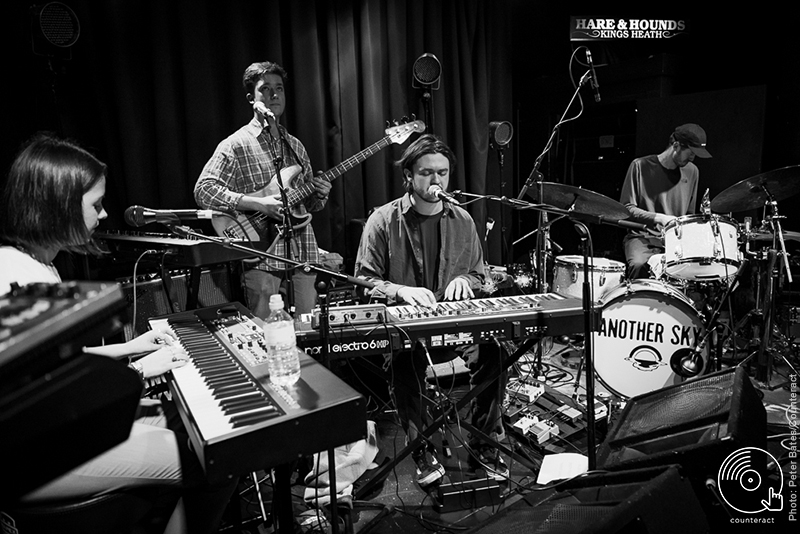 The slow burn of ‘How Long’, is a fitting way for London 4-piece Another Sky to bed in, laying down a mythology, with lead singer Catrin Vincent’s unique vocal transcending from an eerie drone to a celestial high. Jangly guitars branch out to form ‘Apple Tree’ as the band appear wraithe like behind red and blue lights, portentous, psychedelic and foreboding. ‘Forget Yourself’, the title track from their debut EP, turns from an XX-styled feather light track to an altogether different beast as the song’s scuzzy climax vibrates through the floor. 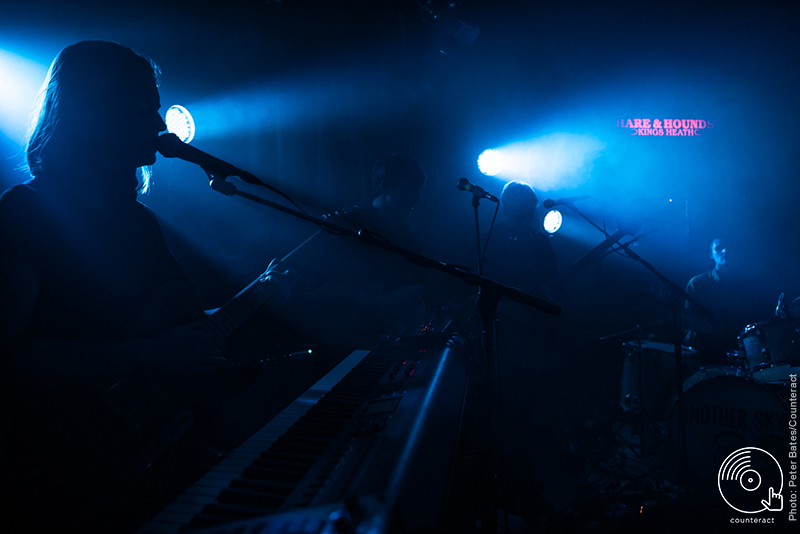 The superb ‘Chillers’, a visceral stab of punk woven from an acoustic thread is everything that you need to know about this exciting new band. There is an immediacy, an awareness that makes them ripe for these times. An effective use of light and shade on ‘All Ends’ adds a sense of theatre, a contrast which is at the heart of their sound. A contrast which pits Vincent’s operatic vocal with rasping guitars on set closer Avalanche, discord that resolves itself into harmony. 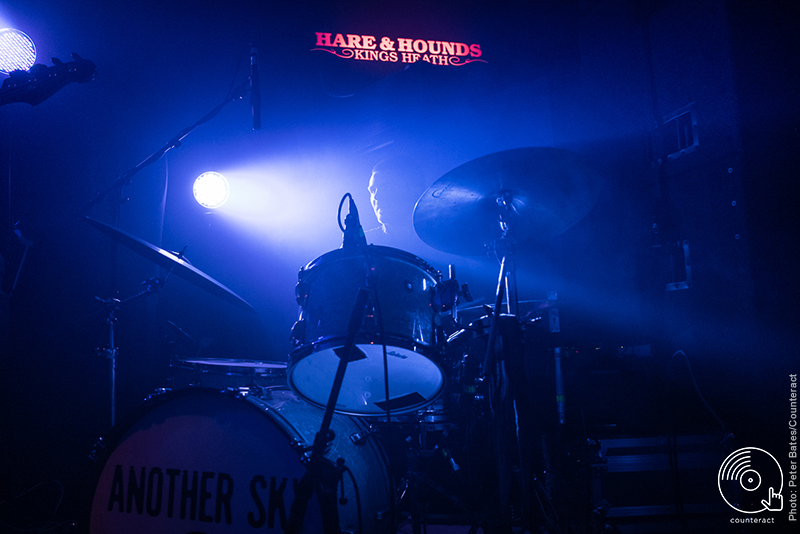