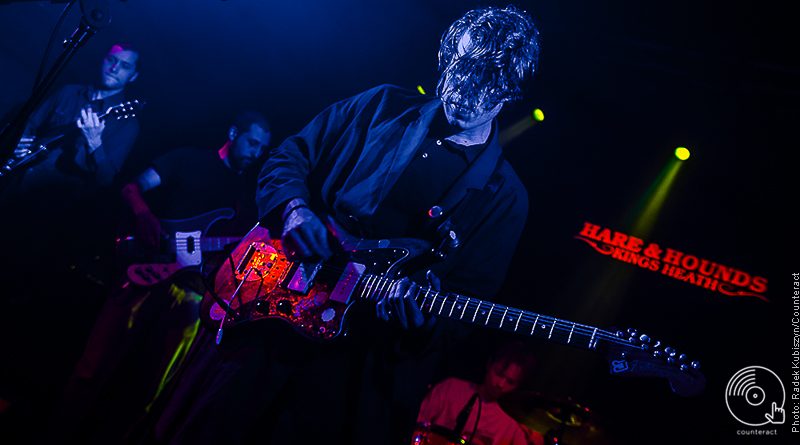 The afternoon of the gig, it was announced that Wand were going to be upgraded from the second room of the Hare & Hounds to the first. This can only bode well.

The crowd enter the room to an eerie silence. No one speaks. Most people assume this is a bold choice on the part of the band, or even the promoter. After a few minutes, the sound desk crackles into action and the usual between-set music started up. The tension in the venue eases a little, although anticipation still hangs heavy in the air. 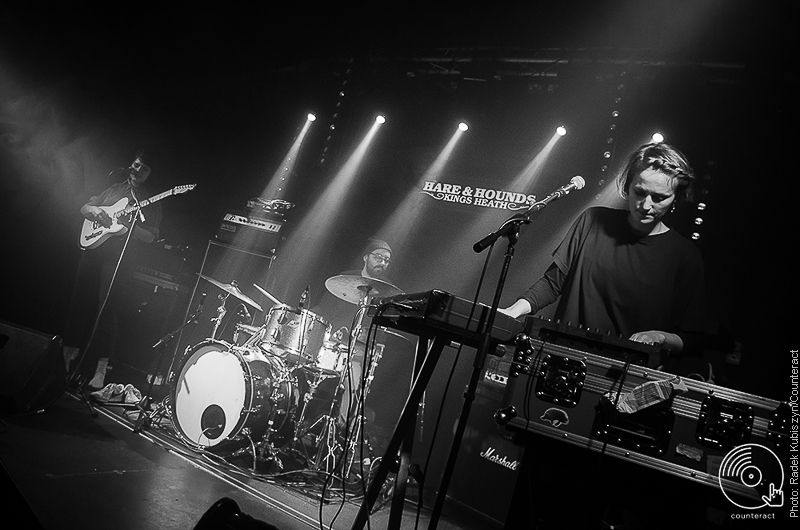 Last time Wand played in Birmingham it was in the Cellar of the Rainbow Venues, way back in 2015. Swedish Death Candy and the now defunct Crawlin’ Hands supported. I’m certain I’m not the only person here tonight who got a taste then and has been eagerly awaiting their return. 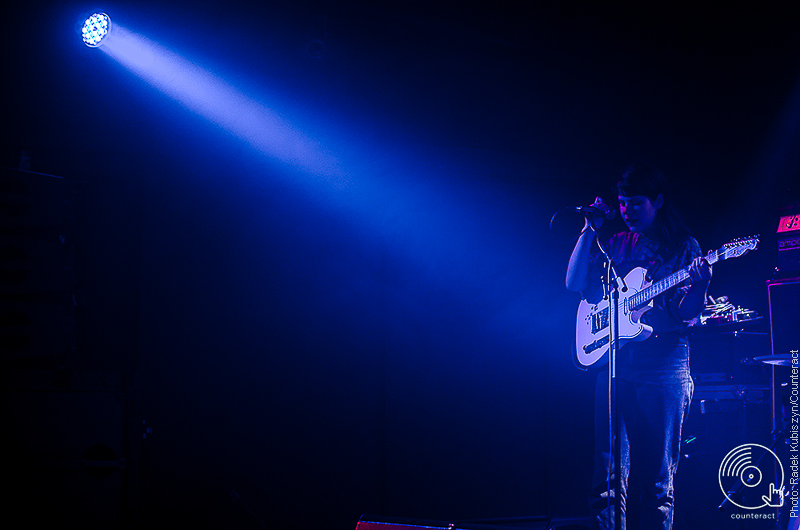 Tonight, East Sister are the support. The Swiss indie-pop trio weren’t advertised on the bill, but they’ve been touring with Wand all week. It’s their first time in the UK. Without introduction, they begin. Vocalists Lorraine Dinkel and Laura Schenk weave breathtaking, fragile harmonies over Schenk’s grainy synths.When the crowd is fully under their spell, Dinkel’s guitar cuts through the room with unexpected power. Towards the end of the set, a cake covered in candles is delivered to the stage, and everyone sings ‘Happy Birthday’ to drummer, Amadeus Fries. 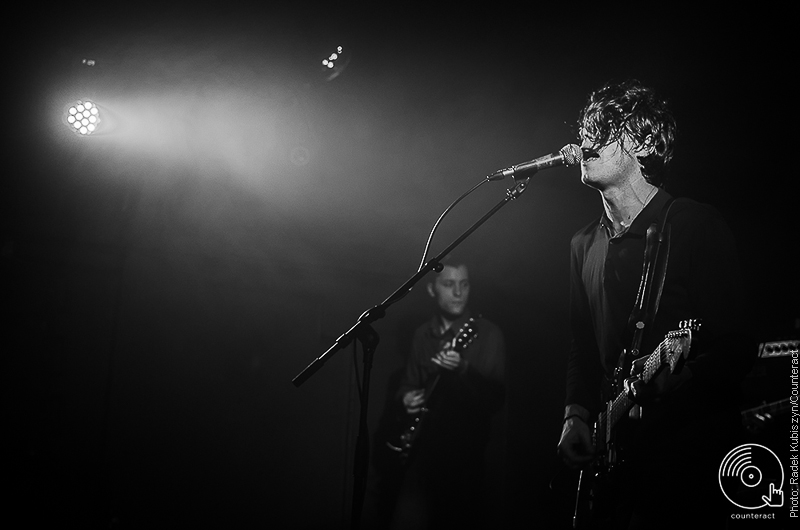 Wand are touring their 2017 release, Plum. As a record, it possesses the “pop sensibility” that many die-hard psych fans fear. Live, however, it’s electric. ‘Bee Karma’ sees the crowd reach a frenzy. Frontman Cory Hanson (formerly of together PANGEA and Meatbodies) is a powerhouse, moving effortlessly between anthemic vocals and blistering guitar lines. 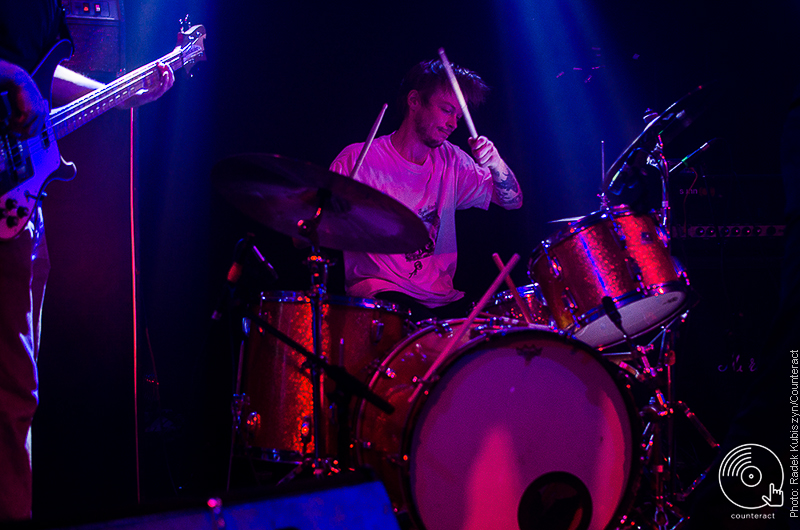 Wand are an impressive band to watch as a whole, too; bassist Lee Landey and guitarist Robert Codey can be seen closely watching Hanson to signal the many stops and starts in their prog-tinged odyssey. Sofia Arreguin provides the counterpoint with buzzing keys and breathy backing vocals. A haze of sweat rises from the churning crowd – this is psych-rock at its peak. 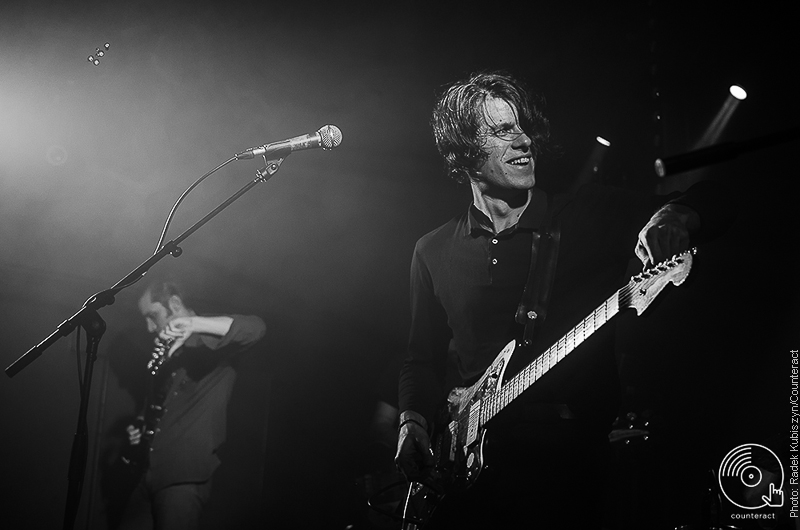 A breathless Codey announces to the room that, “We like Birmingham. They do good riffs.” He and Arreguin begin a wry cover of Black Sabbath’s ‘Changes’, which forms the top slice of bread in a Sabbath sandwich. Wand launch into their 2015 hit, ‘Self Hypnosis in 3 Days’ to the delight of the audience. The spaces in the track usually reserved for solos are filled with Arreguin hammering on the keys while both guitars squeal with feedback.

The band soon tire of this, at which point the song morphs into a heartfelt cover of ‘Paranoid’, which closes the night. A sweat-soaked Hanson shakes hands at the well-stocked merch stand as the crowd departs. Wand know how to play to their audience.