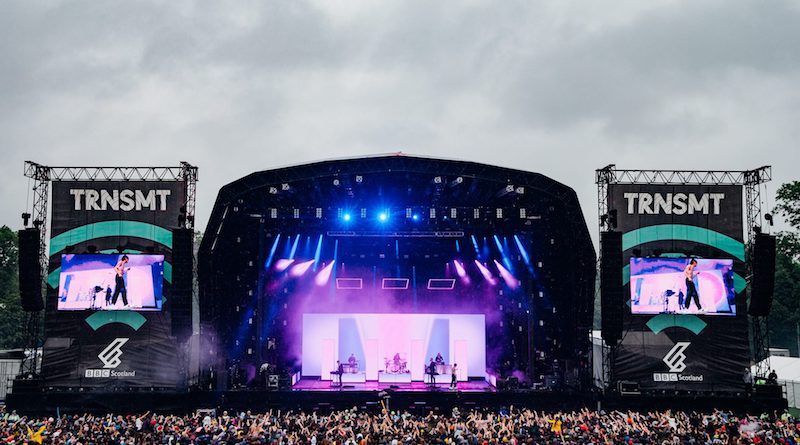 Taking over Glasgow for two weekends in a row, TRNSMT Festival consistently brings in massive artists and even bigger crowds. Taking place across the two weekends of  29th June – 1st July, as well as 6th – 8th July, TRNSMT Festival has announced a diverse lineup that is sure to please all that attend.

The first weekend lineup will be headlined by Stereophonics, Liam Gallagher and Arctic Monkeys. The rock edge is balanced by the likes of James Bay, Kodaline and Jessie J, ensuring that a little pop flavour is sprinkled in. Newcomers Declan McKenna and Tom Grennan have also been added to the bill.

While the second weekend lineup is not fully announced TRNSMT Festival has given us a little peak behind the curtain. The rock vibes continue with The Killers and CHVRCHES, who will be joined by Franz Ferdinand. Meanwhile, newcomer Lewis Capaldi brings in a singer-songwriter feel, with his gentle balance between pop and rock.

Taking place in the heart of the arts and culture oriented city, TRNSMT is an affordable festival that boasts a killer lineup, the rest of which can be seen here. Tickets are on sale here.