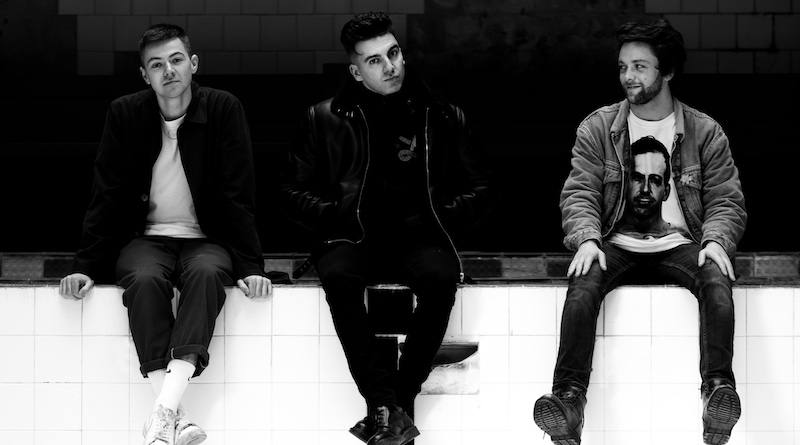 On Tuesday it was Birmingham’s turn to lay down the red carpet at the O2 Institute3 as The Lafontaines graced the iconic Brum venue with their presence. Having moved on from the O2 Academy3, a venue the band have called home for their past three Birmingham shows, the boys had no issue with entertaining the horde of fans they’ve acquired since their last set of UK dates.

Supporting act Anavae were up first and provided a half-hour set consisting of songs that provoked a synchronised assault of head knods and body jolts. The three-piece managed to combine infectious tribal tones with hypnotic vocals to create a vibe that can only be described as The Jungle Book meets Sabrina the Teenage Witch. Frontwoman Rebecca Need-Menear’s vocals entice you into a spiritual state until you’re yanked back out seconds later with ferocious rhythms that explode from the army of drums that adorn the stage. Stand out tracks include ‘Shy Girls’ and ‘Human’, and after speaking to lead guitarist Jamie Finch after the show it’s apparent that these guys have some big things planned.

As the lights dimmed and the smoke machine erupted, The Lafontaines stormed onto the stage with their signature quiet-confidence, ready to deliver one of their cheeky-yet-humble performances. The trio kicked off the night by launching into ‘Alpha’, a newly released single from their latest album Junior, which did an admirable job of preparing the inexperienced members of the crowd for the inevitable unraveling of the evening. It wasn’t long before the boys cracked out their previous albums’ title tracks ‘Class’ and ‘Common Problem’, in which the boys were handed sunglasses from a gang of floral-cloaked fans who wasted no time before clambering onto each other shoulders. These bangers were followed by another relatively new track ‘Up’, which for a heavily pop-led track contains some filthy guitar riffs towards the end of the song.

While the presence of former bassist and lead vocalist John Gerard should have been sorely missed in songs like ‘Junior Dragon’, drummer Jamie Keenan did a fantastic job of belting out even the higher pitched vocals and the crowd lapped the song up as if they knew no different. Next up came the pseudo-cover ‘Pon De Fonts’ in which frontman Kerr Okan danced his way through the crowd and mysteriously found himself yelling from atop the bar, before returning to the stage to sing ‘Switch Out the Light’ and watch the audience bop along to the new tune.

The lads proceeded to crack on with their set, playing slow-song ‘Torture’ in which a flock of phones flooded the air to help light up the stage, and following with ‘Pro’, where couples and friends alike were encouraged to embrace each other for a slow dance. ‘Under the Storm’ was unleashed and provoked a riot from the crowd and was quickly followed by the seductive bass intro to ‘Body’ which only got more enticing. The set had a reminiscent period where the band played old favourites ‘King’ and ‘Release the Hounds’ which were shortly followed by ‘Asleep’, before disappearing to recuperate before the encore.

As the band retook the stage they presented ‘Slow Elvis’ and finished off the night with explosive single ‘All In’. There was no shame shown by Kerr as he happily harassed the audience to purchase a cassette tape from the merch; as of that Tuesday evening the band were peaking at Number 23 in the album charts. The future is bright for The Lafontaines, and fingers crossed they keep climbing the charts, for their fans sake as well as their own.