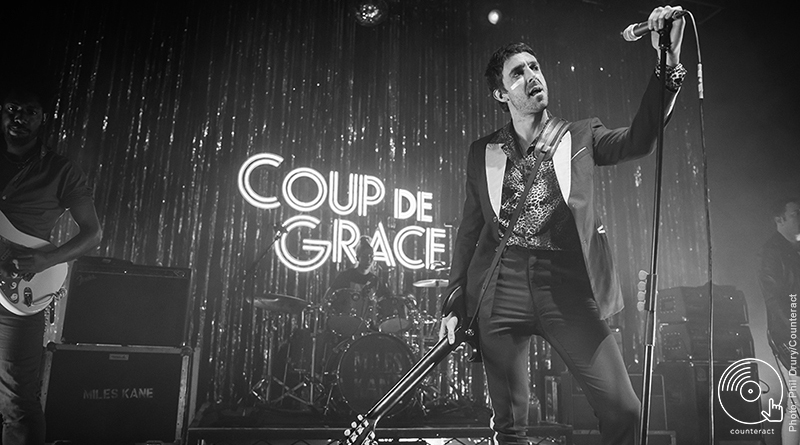 Miles Kane returned to Birmingham with a confident performance at the O2 Institute on Tuesday 27th November, armed with Cabbage in support.

Tuesday nights don’t get much better than the confidently funky Cabbage opening the night for the refreshingly energetic mood of Miles Kane, featuring a wardrobe choice the 70s would envy. The five-piece jittered around the stage comfortably, confidently and this time with an edge that must come from supporting one half of The Last Shadow Puppets on tour. Each time Cabbage bring their political tunes like ‘It’s Grim Up North Korea’ and ‘Uber Capitalist Death Trade’ to Birmingham, they storm a bigger stage. 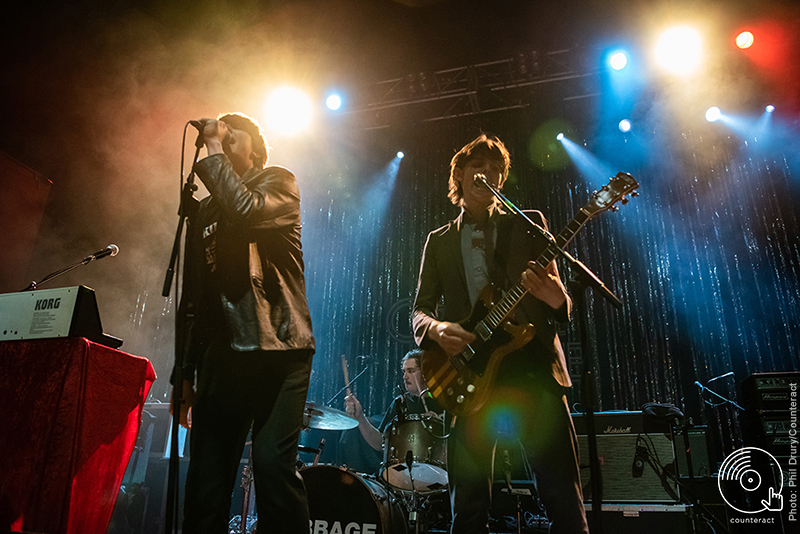 Co-frontman, Lee Broadbent, rocked the stage in a dark grey suit and mod haircut, oozing nuances of David Bowie, whilst second frontman Joe Martin shook himself around with the mic in white t-shirt and jeans. It is evident they know their style and place on stage, and it wouldn’t be a surprise to hear that each gig-goer left the night delightfully curious as to how big Cabbage‘s next stage in the city will be.

Before the room knew it, a sharp silhouette had strolled to the front of the stage with a friendly wave into the crowd, both on the floor and on the balconies. The lights revealed Miles Kane with silver glitter stripes under his eyes dressed in a black, flared suit with a pink stripe down the side. The heeled 70s-style boots seemed a given at this stage. 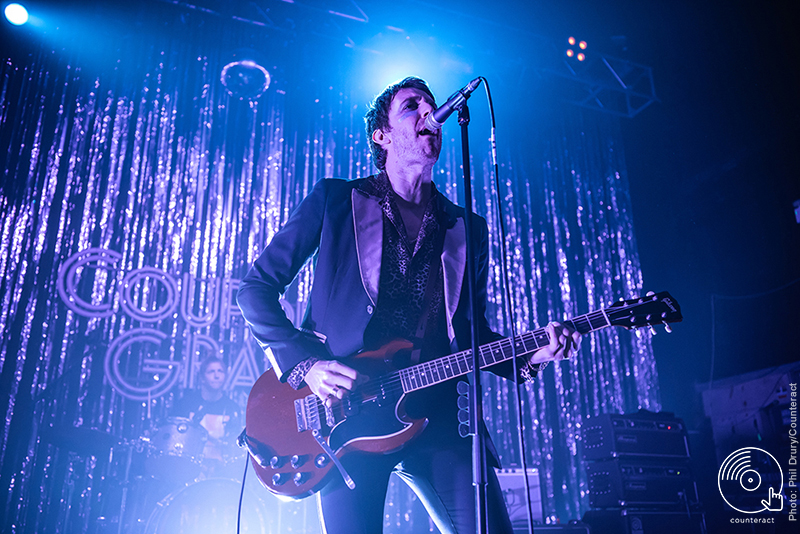 It was straight into the first number, ‘Too Little, Too Late’ with no time to waste. The crowd erupted to the first track on Coup de Grace, making it obvious there were hardcore fans in the room. The same reaction was followed with ‘Inhaler’ from Kane’s first album, and the energy was absolutely reflected on stage. Miles leaped around, throwing himself into every movement and itching for every next lyric. It wasn’t long before this was screamed into the microphone: “IT’S TUESDAY NIGHT, COME ON!”.

The Digbeth venue took very well to how much it seemed Kane had been looking forward to getting out on to the stage. A few lively tracks in and the jacket was off, revealing a not-surprisingly, on-trend leopard print shirt. There seemed to be a new attitude without the suit jacket; absolutely everything Miles had inside him was thrown into the mic and the fans automatically answered this with moshpits. 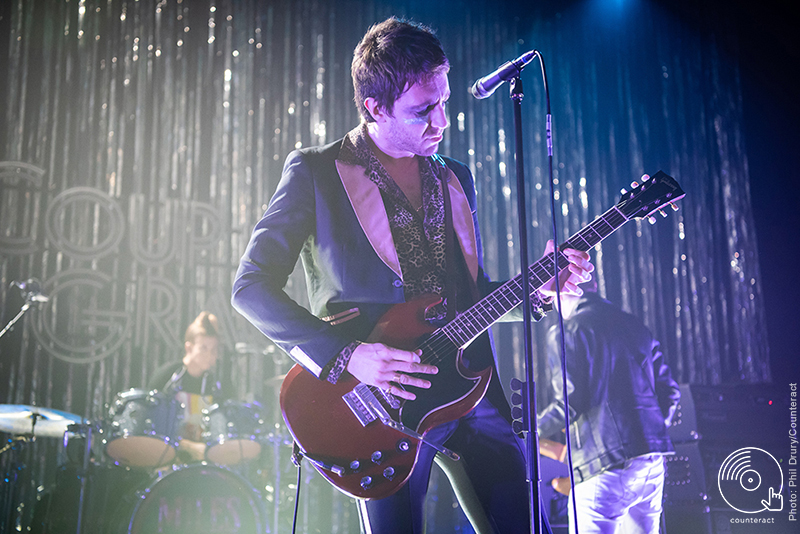 Next, the night was stripped back very slightly with one single movement; the guitar was down and the spotlight was on. But just when the bustling crowd thought Kane was prepping them for a slow number, it was time for his latest single. The setlist had reached ‘LA Five Four’ – Miles had just needed a bit of extra room and freedom to do a Coup de Grace track utter justice. The more mellow song did in fact arrive however. ‘Killing the Joke’ opened with a true Oasis-style sound, fused with more modern nuances alike Blossoms.

The room went from having their hands swaying in the air straight into a moshpit full of passion to ‘Rearrange’, a track from Kane’s 2011 album. A brilliant moment of nostalgia for fans before seriously delving into the past with a groovy cover of ‘Hot Stuff’. Just past the first chorus, Miles spots a gig-goer in the balcony to the right standing up and brazenly dancing into the unexpected version of a 1979 Donna Summer original: “Yeah I fucking love this – stay like that, I want it till the end!” Miles Kane doesn’t miss a trick. 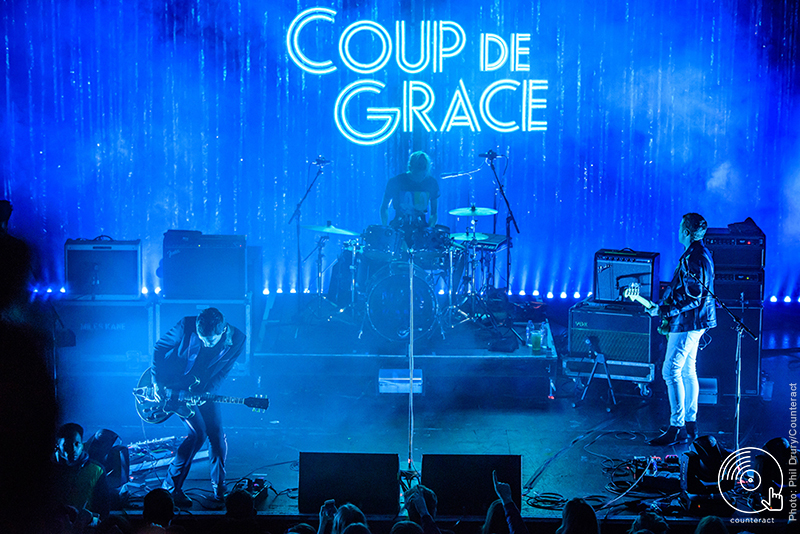 The final two tracks of the night, following an impatient encore, were a magnificent end to Kane’s return to Birmingham; he seemed to want to stay on that stage as much as the entire room wanted him to. ‘Come Closer’ went down a treat as one of the most popular tracks and a reminder where the fans first found their love for him. The infectious beat and echoing vocals sit close to the most iconic tracks of The Beatles, making it impossible to not bounce around at Miles’ exit.

The crowd certainly did not expect him to stand so close with his arms outstretched into grabbing hands as he brought the room into silence before having the room singing in sync: “Wooahh, ahh-ahh, wooahh, ahh-ahh, baby come closer!” He ended the night teasing his guitar into the crowd, reaching as far as he could to allow real fans to get closer than they thought. 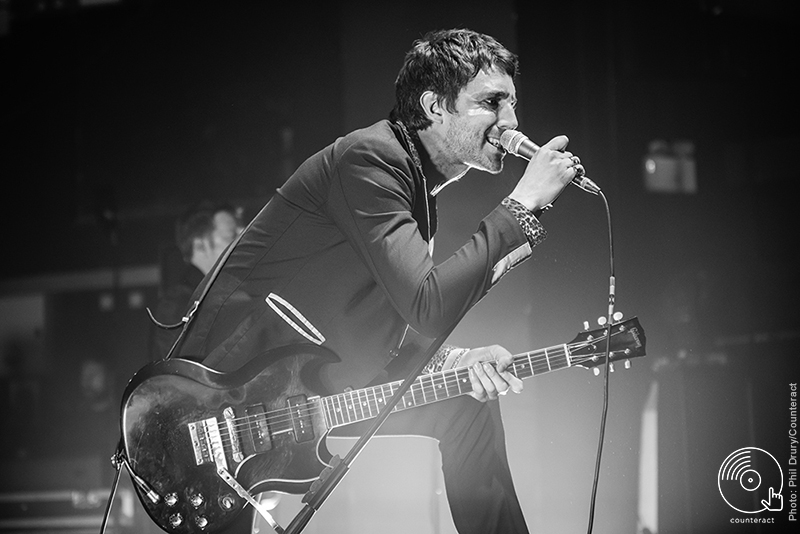 Miles Kane waved to every corner of the room before exiting the stage and every ticket of his next return to Birmingham feels like it’s provisionally sold already.