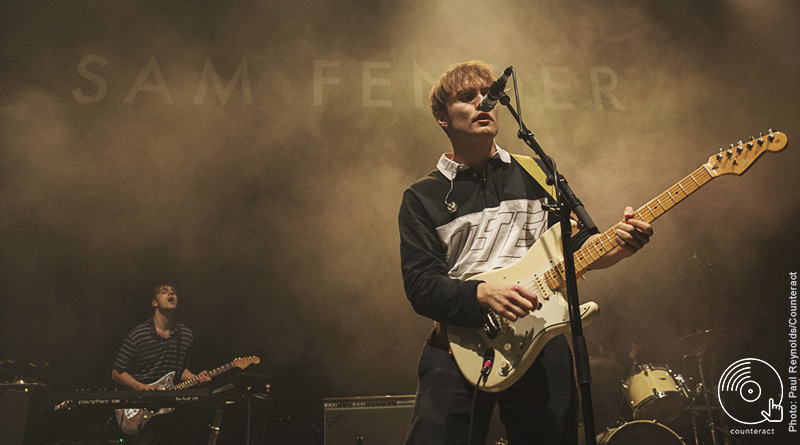 Newcastle newcomer Sam Fender has stepped it up a notch since last year. From playing to a measly sized crowd at The Sunflower Lounge to this year selling out the O2 Institute, it’s safe to say Sam Fender’s profile is on the rise – and fast.

As the lights dimmed for the first time, four silohouttes entered the stage and kickstarted the night with raucous energy. Fellow Newcastle alt-rockers A Festival, A Parade began with ‘Hell’ – an infectious melody with heavy and grungey tones. Despite being a little heavier than the headliner, the crowd were warming up with few joining in synchronised nodding. A continuous change of lead guitars could sometimes be perceived as a little over the top, but with this band it worked, as the lead guitar lines were crafted beautifully. Recent single ‘The Vineyard’ made it to the setlist and again, showcased the abrupt finish of songs and collapse of structure the band so very well embody. The warped rhythm and brooding vocals add to the overall eery atmosphere these Geordie boys create. 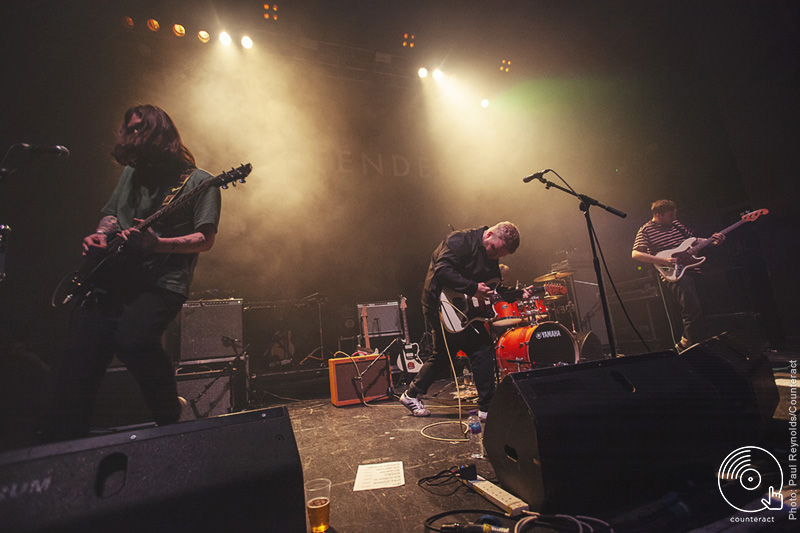 A Festival, A Parade

The lights dim for a second time and the crowd eagerly anticipate the arrival of Sam Fender and his band on stage as they descend into ‘Millenial’ – igniting a frantic energy in the stalls. After only the first song, Sam dives straight in and delivers us new music, with the unreleased track ‘Will We Talk In The Morning?’ followed by ‘All Is On My Side‘ and ‘The Borders’. The former slows the tempo down, with the thread of nostalgia and previous relationships as its subject, while the latter invites a saxophonist on stage to play what will be the second track of the debut album. Synth, acoustic guitars and the brassiness of the sax are a harmonious blend. The crowd greet unfamiliar lyrics and punchy chords with the same energy and love as ‘Millenial’ with people clumsily scrambling on top of shoulders. 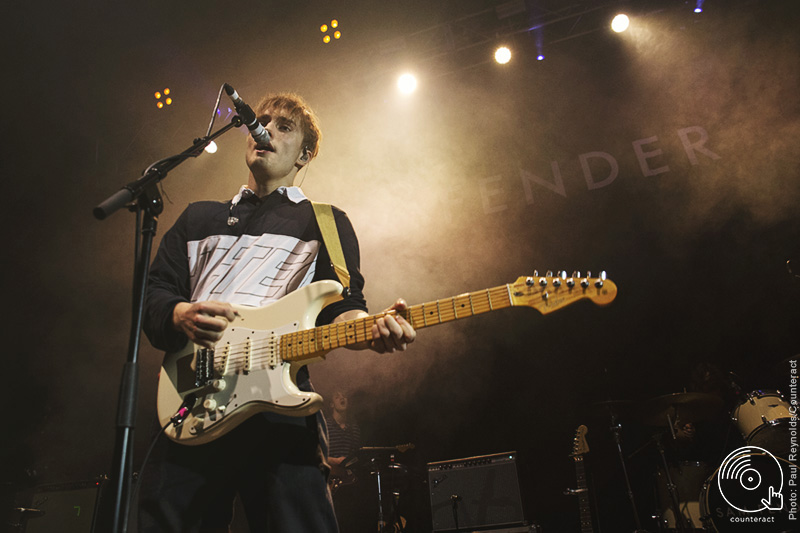 Sam swiftly moves back to the familiar including ‘Dead Boys’ with the elusive prelude solo playing out. For a song so raw in emotion, the stripped back nature of the prelude is so heartfelt. This is quickly overlooked as the crowd prepare for the atmospheric build in sound to mosh to. Chants of “Sam, Sam, Sam fucking Fender” are frequent during this gig and Sam is left speechless as more people join in screaming his name. Sam introduces ‘Hypersonic Missiles’ as his best creation and invites his saxophonist back on stage. The crowd’s unified voice increases in volume to this popular unorthodox love song. 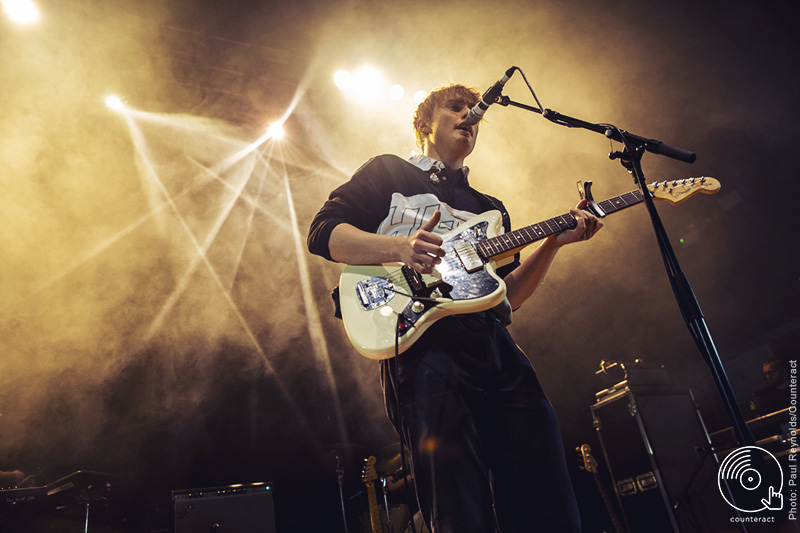 Sam’s soulful vocals and acerbic wit continue into ‘Play God’ – a politically-charged anthem in a dystopian world. Instead of pretending to run off stage, Sam is left to play a solo version of ‘Leave Fast’, which captures the melancholic fear of staying in your hometown; perfectly accompanied by the addition of torch lights on phones. ‘Poundshop Kardashians’ comes next, another stripped back version making the cut – soulful, edgy and utterly captivating. Sam gives us another brand new, political and punchy song titled as ‘White Privilege’which the crowd enjoyed clapping along to. Fender’s trusted band rejoin him on stage for ‘That Sound’ and a rendition of the classic Oasis track, ‘)What’s The Story) Morning Glory?’. 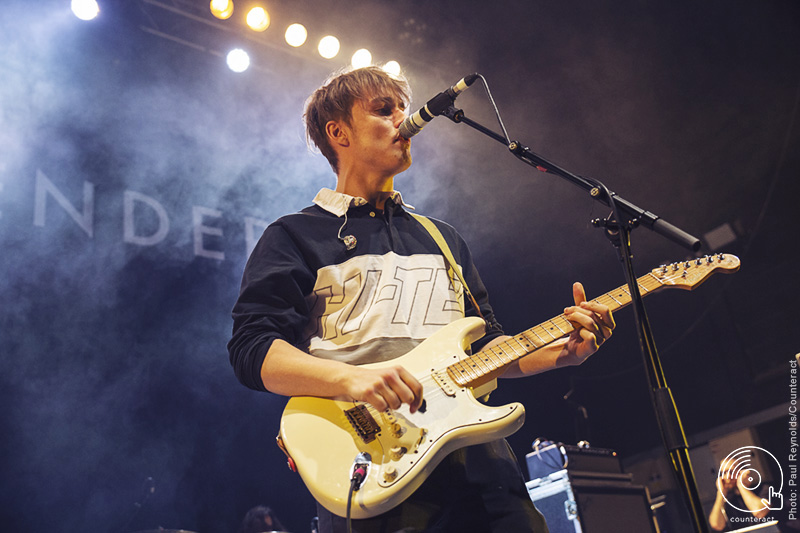 A genuine disappointment was felt as the night came to an end, and excitement and anticipation for his Hypersonic Missiles tour is to be expected.