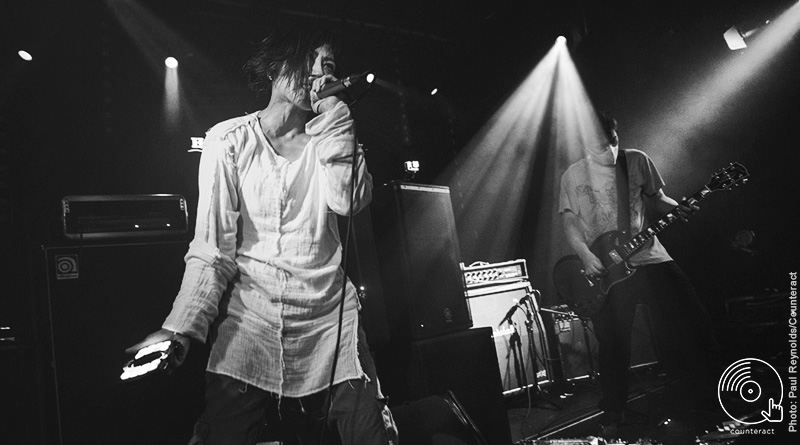 Melt-banana returned to the Hare & Hounds on Tuesday 28th October for local promoters Supersonic, with support from Pretty Grim.

The elusive Pretty Grim are a supergroup of sorts. Anna Palmer of Dorcha, Kaila Whyte of Youth Man, and Meesha Fones of both make up this alt-rock outfit. They’re unassuming when they take the stage, but their sense of fun is infectious. Whyte’s idiosyncratic guitar slices through the mix while Palmer wails into the mic, pausing intermittently to hike up her dungarees and help herself to beers from the crate onstage. Their sound wavers between grinding proto-metal and angular punk, but is always compelling. 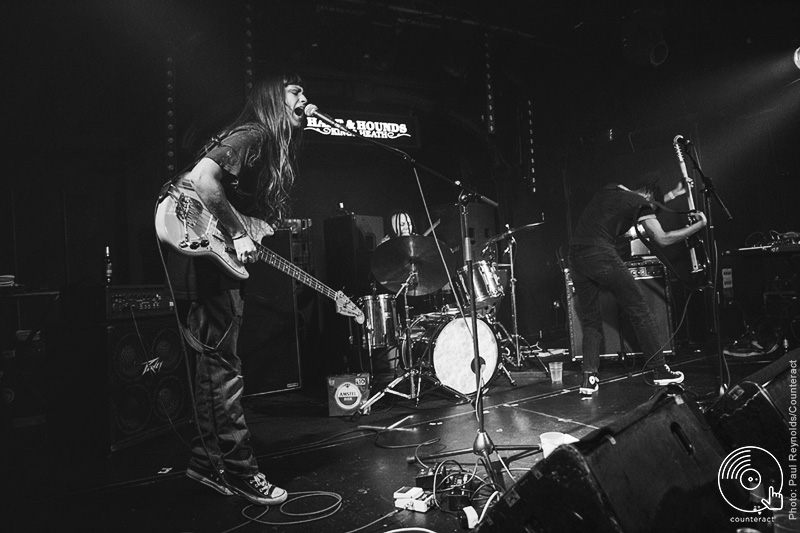 Melt-Banana take the stage heralded only by a wall of noise, which doesn’t really relent at all throughout the set. Yasuko Onuki and Ichirou Agata stand centre stage, flanked by stacks of amps and effects. Lights swirl and their drum track pounds away at a gleefully obnoxious BPM. Onuki pauses for breath, welcoming the crowd, as the sound of dogs barking over the PA heralds 2007’s shrill masterpiece “Blank Page of the Blind”. 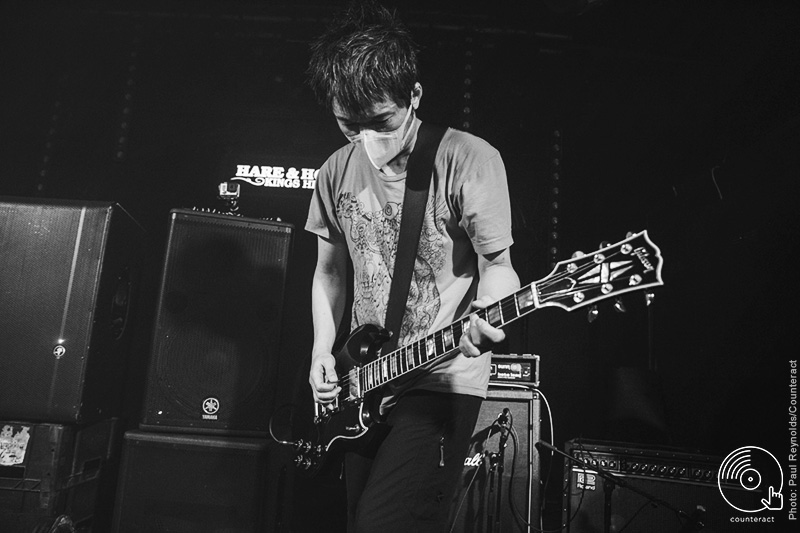 Agata, wearing his trademark surgical mask, teases otherworldly sounds out of his guitar with the help of a slide and an expansive pedalboard. Onuki is white hot energy, yelping and flailing at the audience. She holds a Numark Orbit throughout the set, a wireless MIDI controller covered in blinking, rainbow coloured lights that looks like a console rejected by Nintendo for being just a bit too kitschy. Not only is Onuki using this to trigger the backing track, but it’s fitted with motion sensors, so her emphatic gestures are converted into skronky whooshes through the soundscape. 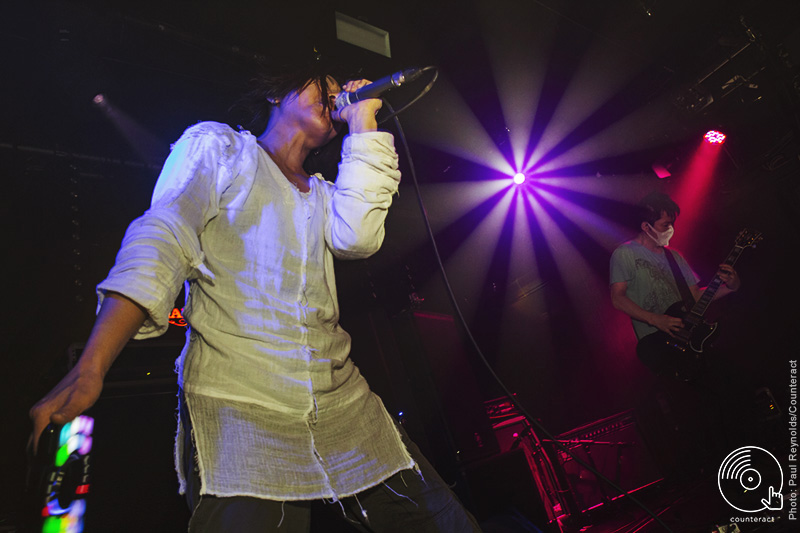 Melt-Banana are a joy to watch; everything they do, though loud and abrasive, is playful. Their set, which leans heavily on their 2013 album Fetch, is punctuated with a series of “very short songs”, something which has become a common feature of their live set. The mass of bodies in the pit treat these 10 second bursts as a kind of high-intensity interval training. 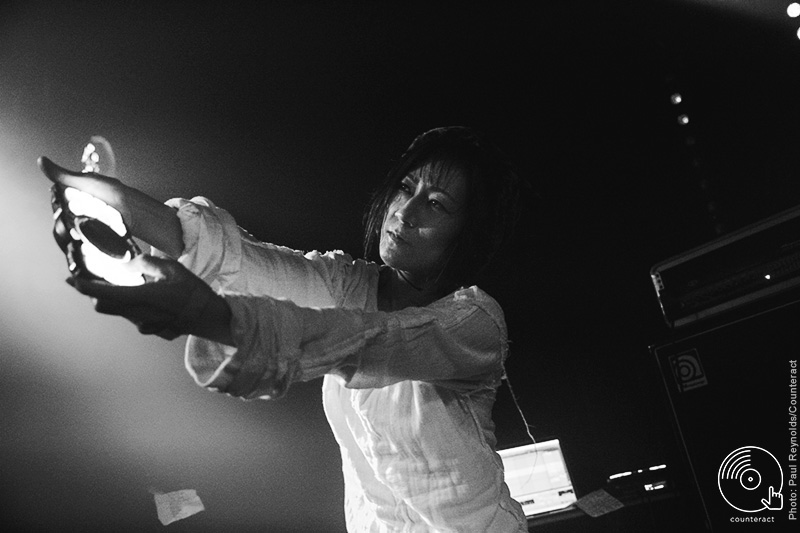 When the evening draws to a close, the elated crowd calls for an encore, and the duo oblige with a breakneck cover of the Damned’s ‘Neat Neat Neat’.