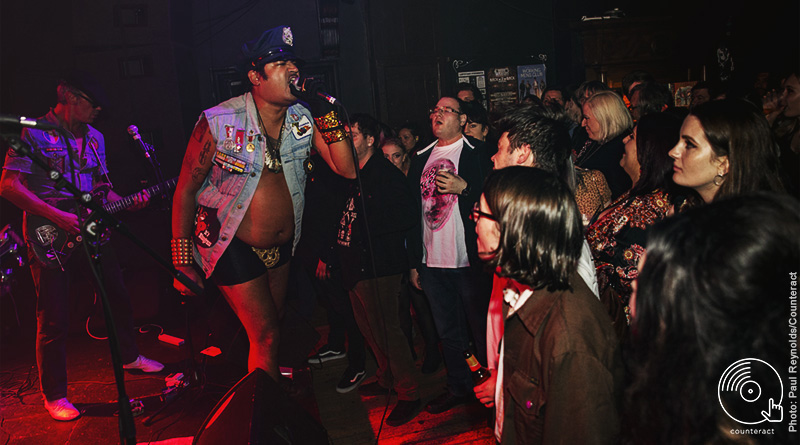 The venue fills up during their set, and though Velvet’s lyrics aren’t always audible amid the chaos, her intent is clear as she stands defiantly on stage in a crop top and pleather mini, SG in hand; Kim’s Cold Food Co. mean business. As their short set comes to a close, the songs dissolve into feedback as Velvet turns to scrape the neck of her guitar down one of Rooney’s cymbals. 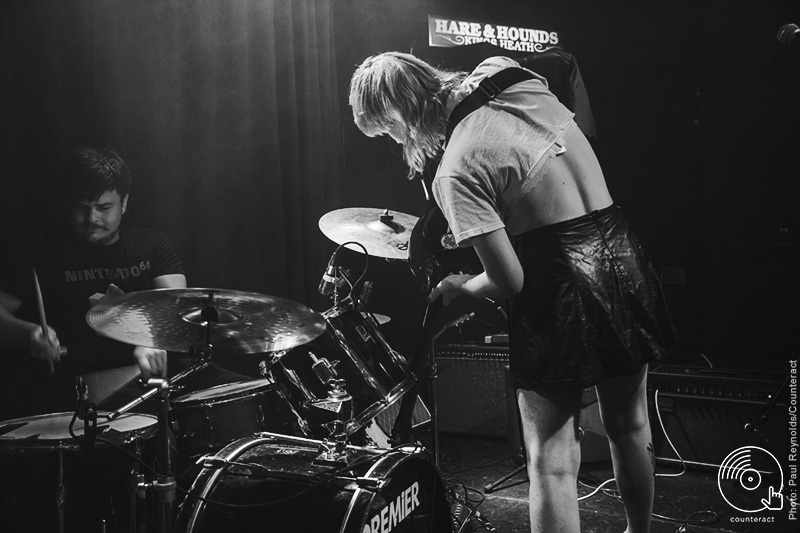 A mainstay of Birmingham’s live scene, Bad Girlfriend are warmly welcomed when they take the stage – King Khan is lurking at the back of the room to catch their set, too. Their signature punk-rock is punctuated with forays into a proggier sound, with guitarist Connor Hemming showing off some more melodic vocals than his usual sprechgesang approach. 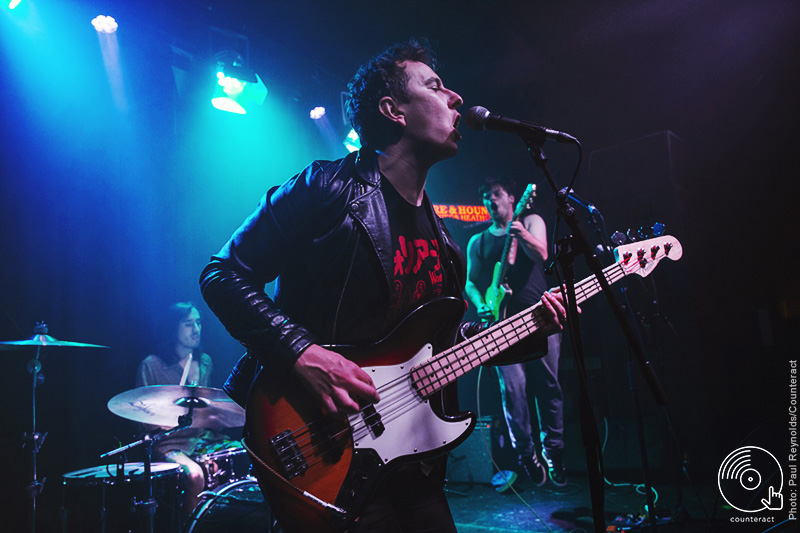 Between Hemming’s frequent trips into the crowd, the highlight of the set is an amped up version of their 2017 single My Time, where bassist Richie James shines on lead vocal. It wouldn’t be Bad Girlfriend without some deeply questionable stage banter from Hemming, which is greeted as usual with a mixture of confusion, nervous laughter, and spirited heckles. 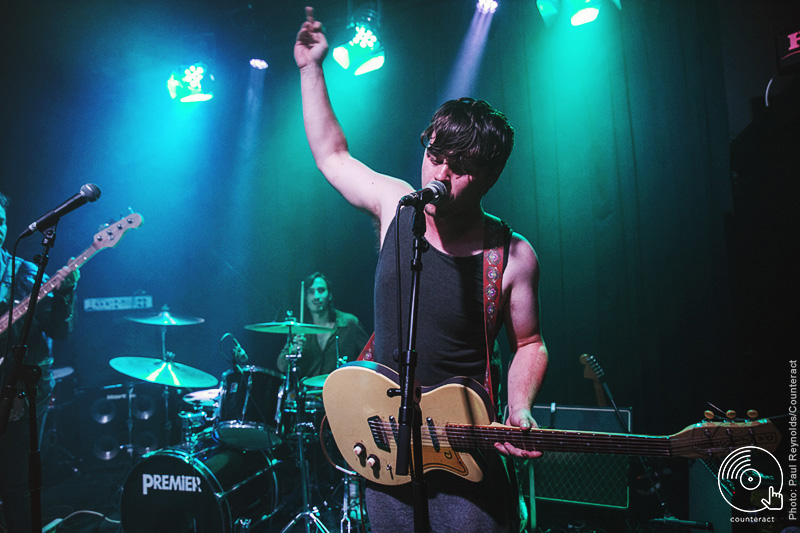 Khan makes his way through the crowd holding a battered bouquet of pink roses, selling them to the crowd. When he makes it to the front, Louder Than Death launch into their set with explosive energy. It’s a little stilted to begin with – the guitar amp cuts out three songs in and Khan returns to the crowd with his flowers, seemingly a little perturbed by how reserved the crowd are. 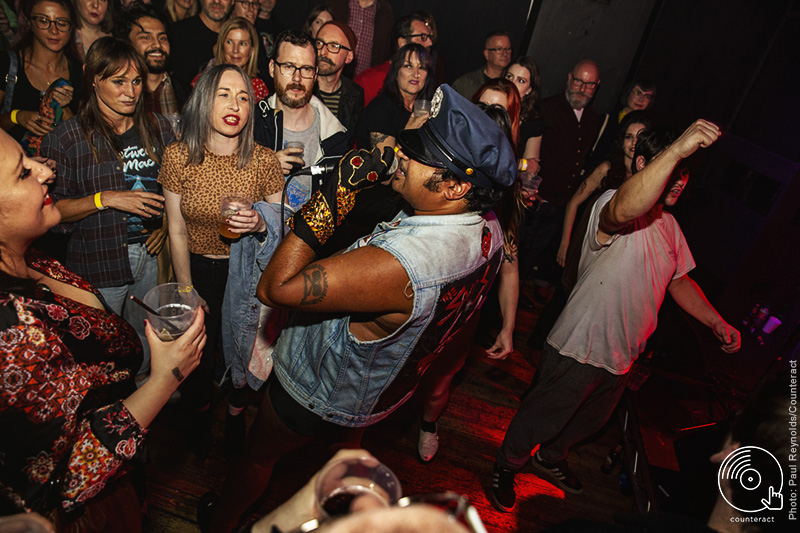 They’re quick to pick up the pace again once the technical issues are resolved, though. Khan introduces Snot Queen with a rallying cry “for all the gentrifiers, all the gender-defiers…” and goes on to blast through most of the tracks on the bands 2019 In The Red release “Stop Und Fick Dich” (which he helpfully explains is German for “stop and fuck you”) at a relentless pace. King Khan takes pleasure in ribbing the audience, dedicating the song Narcissist to “the person at the front who keeps taking selfies” and, at the behest of bassist and Shrines veteran Fredovitch, referring the the city of “Burning Ham”. 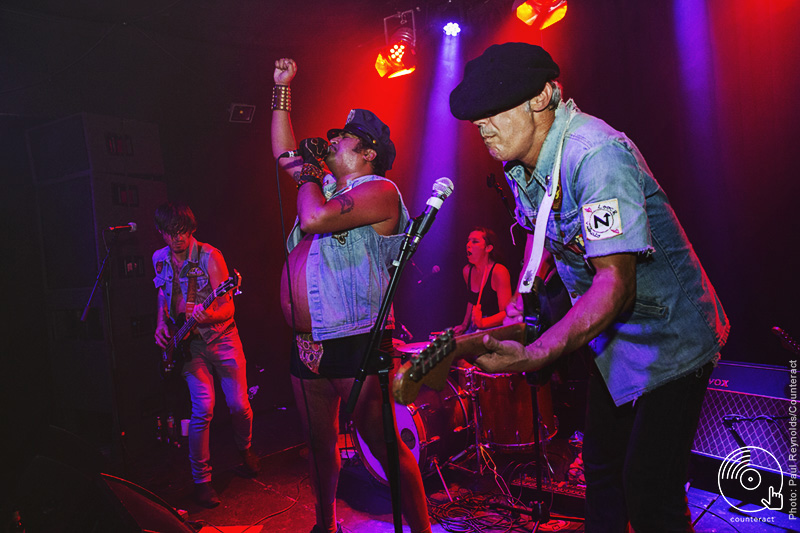 A heartfelt ode to black panther Huey P. Newton brings the evening to a close. By the end of the set a haze of sweat hangs over the room, and Khan stays chatting by the merch table well into the night. 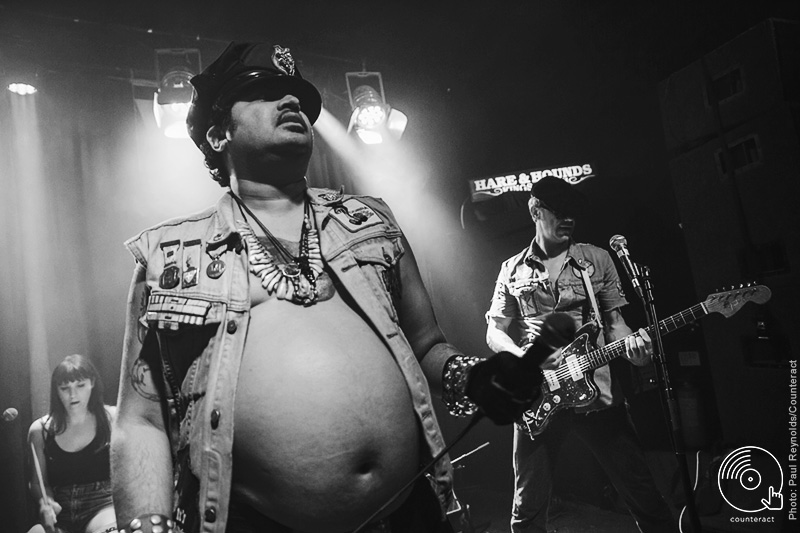