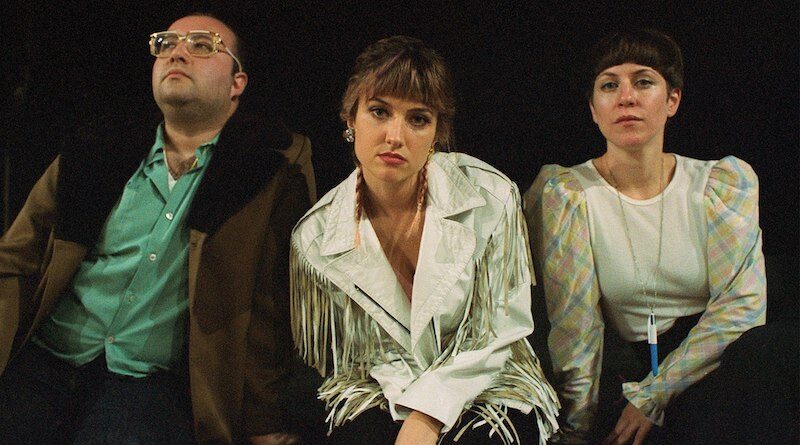 On 5th November, D.C. post-punks Priests played the Hare & Hounds with support from The Cosmics.

It’s an eager crowd that awaits local favourites The Cosmics when they kick off proceedings. The garage punk trio have established a keen following since they appeared on the local scene back in 2015, and when you see them live it’s clear why.

Erin Grace, Conor Boyle and Danny Boyle are all electric on stage, bouncing from one song to the next without pausing for breath. Tracks from their self-titled debut EP make up the bulk of their set, with the slow burning tension of ‘Trust Is Blind’ (the video for which was shot at this very venue by BVU Ltd) ramping up the atmosphere in the room. In the chaos of it all, guitarist Conor goes crashing into the drum kit, but Danny manages not to miss a beat. Back on his feat, Conor takes the mic for the breakneck punk of ‘Brainfuzz’. Tonight’s organisers This Is Tmrw couldn’t have found a better act to warm up the crowd. 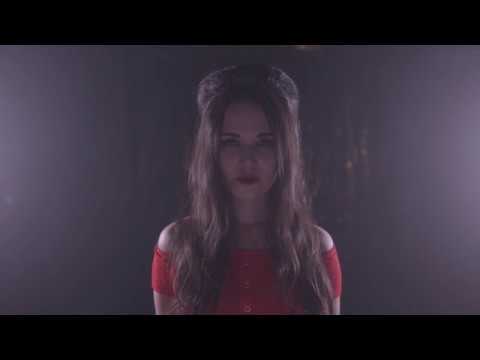 Priests are a commanding presence on stage, and none of them more so than vocalist Katie Alice Greer. Her dissonant vocal throbs over G.L. Jaguar’s agitated guitar line as they open the set with “Jesus Son” and power through into the paranoid disco of the title track from their new album, “The Seduction of Kansas”. With her chilling vocals, peroxide bombshell hair and leopard print catsuit, it’s hard to resist comparing Greer to Debbie Harry.

For the achingly cool “I’m Clean”, drummer Daniele Daniele ventures out from behind the kit to deliver a throaty lead vocal. Greer takes her place at the back of the stage, clutching a pair of maracas and chiming in with backing vocals here and there. 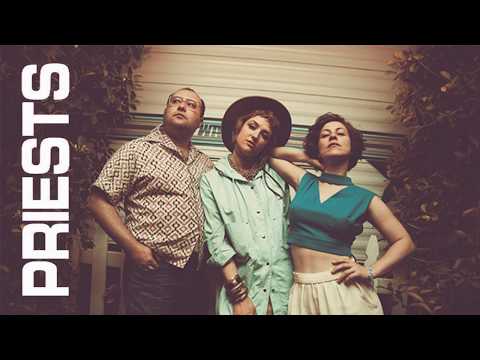 For a Tuesday night there’s a relatively healthy crowd, but Priests seem a little wrong footed by how subdued they are – asking if they’re “always this polite”. Jaguar takes the opportunity to profess his love for the Great British Bake Off, and seems happy to know it really is as popular as you’d expect over here.

Priests set tonight was a captivating live incarnation of their latest album, full of bold melodies and purring drums. It might be bonfire night, but tonight in Kings Heath the real firework show was inside the Hare and Hounds.