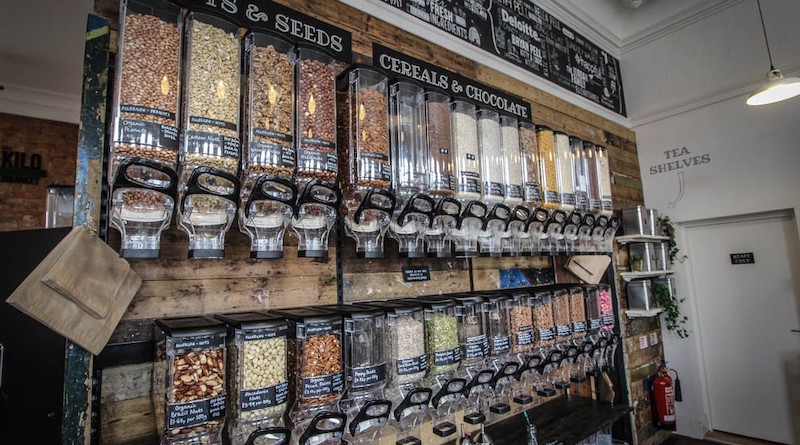 The Clean Kilo have announced plans to follow-up its successful Digbeth opening with a second store in Bournville!

We’ve discussed before in our Resident Stories how idyllic the quaint little village of Bournville is, and so what better place for The Clean Kilo, the UK’s largest zero-waste supermarket, to set up its new base?

Since The Clean Kilo opened its first store in Digbeth by Birmingham scientist Tom Pell back in 2018, its environmental mission has become an inspiring attribute to the city, attracting and encouraging more and more eco-minded shoppers every day.

If you have yet to pay The Clean Kilo a visit and are unfamiliar with how it works, the concept is simple: Guilt-free groceries. The store encourages customers to think carefully about food quantities, enabling them to weigh out exactly how much produce they require (with the help of staff) in order to minimise wastage. This is then placed in re-usable containers brought from home (such as Tupperware or ice cream tubs), or glass jars purchased in store. And because most of the food is sourced from local farms (including salad leaves from Aston!), by buying your groceries from here you are not only contributing to a waste-free environment, but also supporting the local economy. It’s a no-brainer!

The Clean Kilo owe the ability to open their new store to funding received from FedEx small business grant, as well as their own personal lifetime savings. They told Birmingham Mail: “We operate as a social enterprise so we need as much help as possible to get us open before the end of our six-week rent free period on September 21st.” Calls specifically involve help in areas such as painting, putting up signs, carpentry, metalwork and labelling.

According to their website, The Clean Kilo have saved nearly 130,000 pieces of plastic from potentially existing or entering the environment, and have recently won ‘Best Grocer’ 2018 award from Slow Food UK.

Details on the exact location of the new store are yet to be revealed, but watch this space for updates!