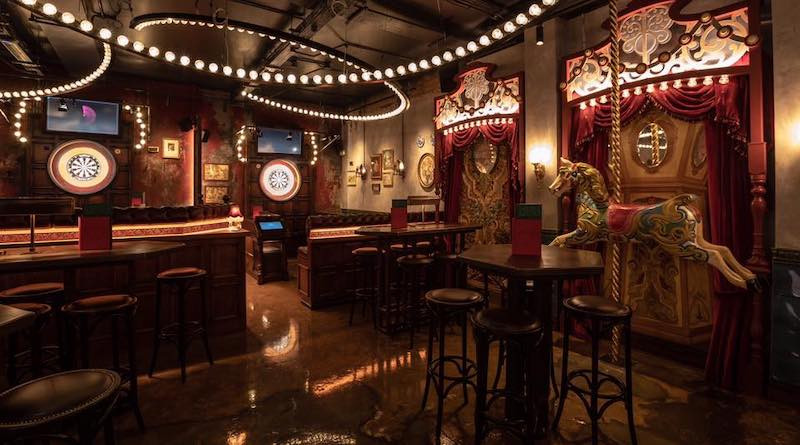 Following its long-awaited launch over the weekend of July 19-21, the world’s first “social darts experience” has finally arrived in Birmingham.

Flight Club Birmingham joins its already popular venues in London, Manchester, Boston and Chicago and brings an immersive darts experience to Temple Street in the city centre, taking inspiration from both the traditional fairground darts game and the classic British boozer. 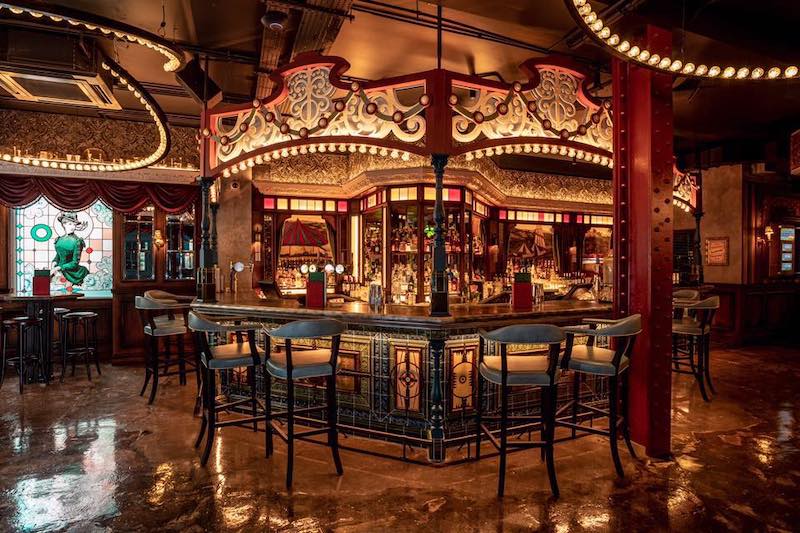 Flight Club’s game of darts aims to re-invent the game for the 21st century, with its own patented dart tracking technology allowing for scores to instantly be recorded on the digital screens above the dart boards, with up to 12 people able to play in any given session.

Flight Club’s incredible tournament technology also allows for up to 150 people to play together across its systems at the exciting new venue.

Inside the venue there are 13 oche playing areas, with booking done by the oche rather than per person to allow for a better social experience.

Only the second UK opening outside of London (after Manchester), Flight Club Birmingham boasts seating for 12 and table service in each oche playing area, as well as a feature bar with craft beers and cocktails, a tempting season food menu with sharers and snacks and bookable spaces for larger groups of up to 170 – all housed within a quirky blend of British Victorian pub decor and vintage fairground furnishings. 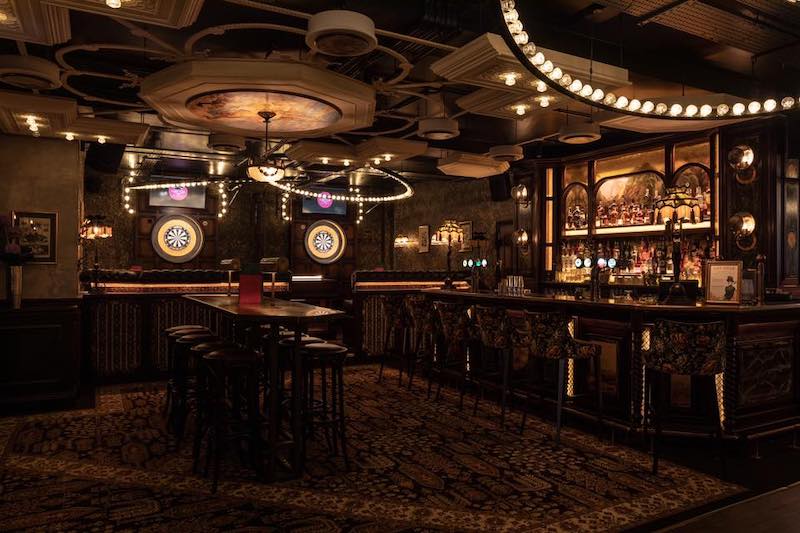 Speaking about the Birmingham opening, Flight Club CEO and co-founder said: “We’ve been working on the new venue for some time now and we’re beyond excited that the doors are finally open. Birmingham is such a great city and the appetite for new and exciting venues makes it the perfect place to introduce our modern invention of darts. We can’t wait for the people of Birmingham to come and experience just what ‘Social Darts’ is all about; unexpected, ridiculous, joy with our own unique Flight Club touches thrown in along the way! For us, it’s all about creating the perfect venue for a night out, good food, great drinks and loads of fun!”.

Flight Club can be found at 13 Temple Street, Birmingham B2 5BN.

Sessions at Flight Club Birmingham cost £30 per hour during peak times (Mon-Fri 4pm-close, Saturday all day) and £15 during off peak hours (Mon-Fri 12-4pm, Sunday all day). For more information and to book, please visit flightclubdarts.com/birmingham – but be warned that you may need to book well in advance!