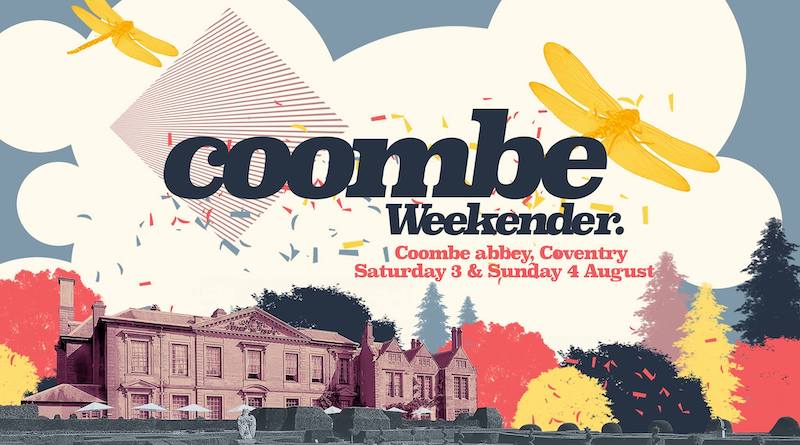 Coventry is set for another summer of ambitious musical events, as festival organisers announce the huge Coombe Weekender, choc-a-block with indie royalty, pop music and local acts across two stages.

The historical backdrop of Coombe Abbey will provide the musical build up to Coventry being crowned City of Culture 2021. The offering will be as diverse as the local area with acts running through funk, soul, disco, indie and pop music over a two-day event brought to life by live events company Midlive Entertainment.

Saturday August 3rd will see The Libertines headline the main stage in what is their first gig to be announced for 2019. Support comes from singer-songwriter Tom Grennan, Scouse indie boys Circa Waves, Sheffield’s Reverend & The Makers, and Joe Carnall/Matt Helders side project, Good Cop, Bad Cop. The Futureheads are also set to make an appearance. Coventry will be represented by some local unsigned talent, with Athens, Candid and BLVFF also playing the main stage. 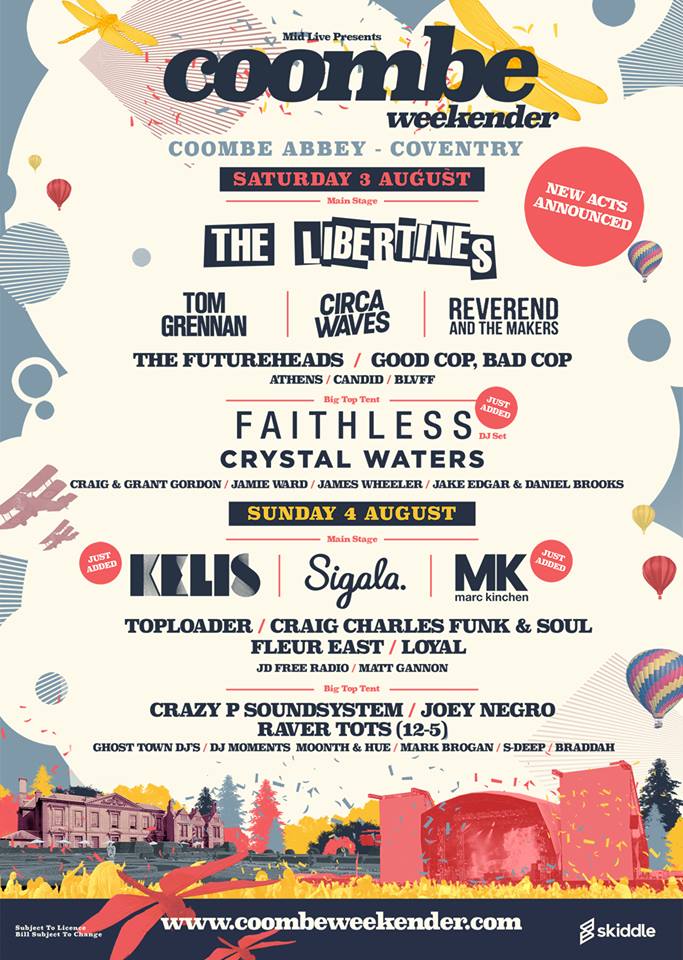 Over in The Big Top will be Faithless and Crystal Waters, with local support provided by Craig & Grant Gordon, Jamie Ward and Jake Edgar & Daniel Brooks & James Wheeler.

The Sunday looks set to be a more chilled, family affair, with Kelis, Sigala and MK headlining. Toploader will have fans Dancing in the Moonlight as a main support act, with Craig Charles bringing his Funk & Soul show to Coventry. Former X Factor and I’m a Celebrity contestant Fleur East, along with Loyal complete the line-up at the main stage for the Sunday.

The Big Top will play host to Crazy P Soundsystem and Joey Negro. There will also be Raver Tots, a child’s disco for those aged between five and 12.

The event will take place at Coombe Abbey in Coventry on the weekend of August 3rd and 4th.

Tickets for Coombe Weekender can be purchased here.