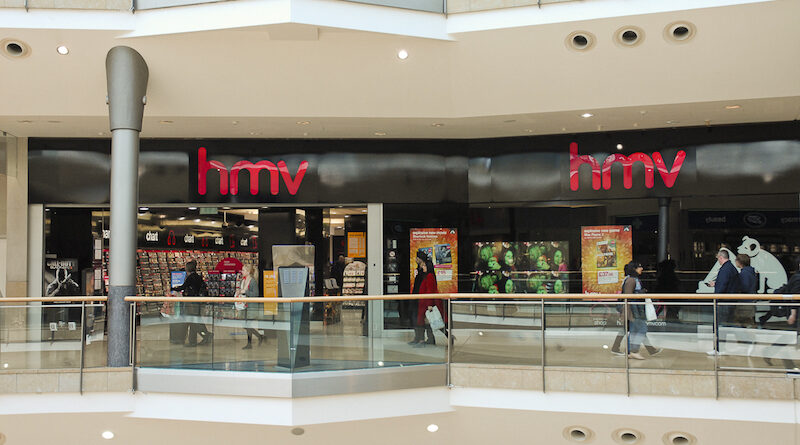 In a dramatic u-turn, hmv’s Birmingham Bullring store, along with five others, is set to stay open following showdown talks with landlords

Despite the recent opening of hmv Vault, “Europe’s biggest entertainment store”, just a short walk from the Bullring, hmv has agreed a new deal to keep the popular Bullring branch open – around a week after confirming that it was due to close.

hmv occupies a large unit in Birmingham’s Bullring shopping centre and there was major concern over the loss of income from the natural footfall that comes with being in such a desirable location.

hmv Vault, situated on Dale End, was opened in August with live performances from the likes of Liam Payne, James Arthur and The Murder Capital celebrating its opening. Foals, Stormzy and JME have since performed or signed albums in-store.

We had a great time with @foals this afternoon! Tag us in your pictures from the event using #hmvLive #Foals

In a brief statement, hmv said: “We are delighted to announce that we have been able to secure new agreements on six stores which were previously under threat of closure.

“After previously widespread reports of the closure of these stores, this is great news for our staff and loyal customers in the communities who can continue to look to HMV to provide the best entertainment offer on the high street and online.

“Unfortunately, some previously mentioned stores still remain under threat of closure at the end of this month unless new deals can be agreed.”

Stores that remain at threat are Worcester and Bristol Cribbs. The branch of hmv at Leeds Headrow has already been replaced by a smaller store in the city’s St. John’s Shopping Centre, so it’s believed to be unlikely that Leeds Headrow will also remain open.

Nuneaton, Bury St Edmonds and Fopp Glasgow Byres stores are all still scheduled to close by the end of January.