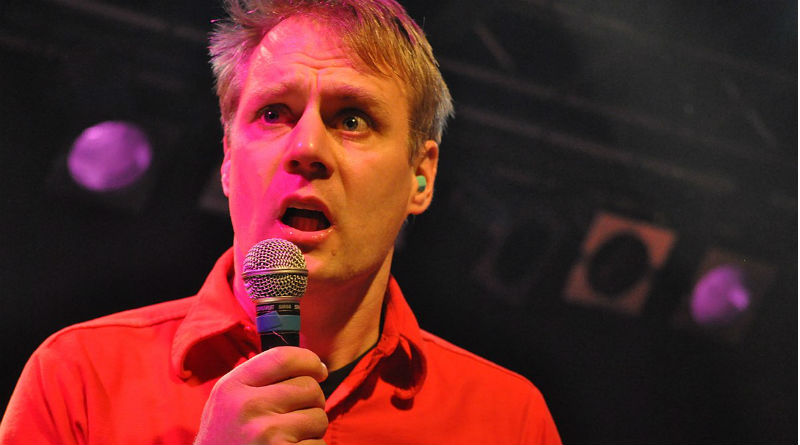 For those of you who don’t know, ColdRice was a legendary garage rock night that used to take place at the Bar Academy, they later moved to a secret location and tonight, after a long break, have come back out of retirement to present one of their favourite acts, DIY legend Calvin Johnson. The venue is Centrala in Digbeth, known primarily as a gallery but becoming increasingly well-known for interesting events, club nights and gigs.

The evening begins with opener Moving Pictures, who like headliner Calvin Johnson, hail from Olympia. Playing raw and dark progressive electronic drumbeats with distorted layered vocals mixed in a wave of space echo, they seem to have the audience in a trance for the whole performance.

Second up is the first of two artists on Swedish PNKSLM record label. Henrik Appel kicks off with “Struggle”; he has a sadness and longing in his distorted vocal that is somehow charming and up-lifting. “It will be better now” is a sorrowful tale which talks of a lost friend. He gives a lo-fi, heart-felt performance of forlorn love and friendship with hints of The Velvet Underground, Violent Femmes, The Strokes, Smog and Johnny Thunders. He ends on “Tomorrow”, a seemingly cheery song with a poppy 60s vibe. Henrik bears his soul with his earnest delivery and the audience love every minute.

Next up are Henrik’s PNKSLM label mates: relatively new, local Brazilian-Brummie garage-pop duo Cherry Pickles, who are met with whoops and cheers from their already devoted following. As they kick into the melodic “Elvis Exorcist” everyone is shaking their hips and heads in time. They coast through their set like some kind of musical vampire surfers; each song calls into mind a cool trashy movie. John Waters and Ed Wood would have LOVED Cherry Pickles. Although most of their set is upbeat and has the crowd merrily dancing away, there are a couple of touching moments with melancholic songs like “You should know by now” and “Jimmy the Werewolf”, even though they don’t tell the full story, heart-strings are most certainly pulled. Cherry Pickles are fresh, dreamy, sublime and unapologetically simplistic, expect big things. 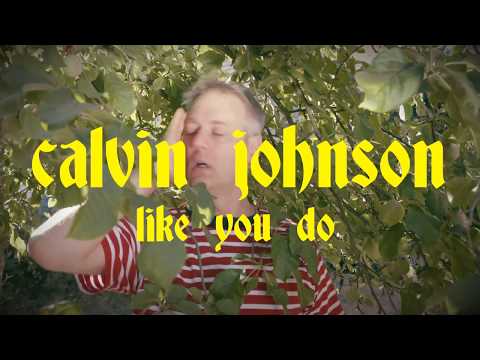 No one knows quite what to expect from headliner Calvin Johnson. He seems almost a mythical creature in the UK with incredibly rare live appearances. In fact, it’s been 30 years since Calvin played Birmingham and tonight is the first time that’s he’s ever played as a solo artist. The audience are made up of fans of Calvin and his previous bands, Beat Happening, The Halo Benders, his record label K Records, and ColdRice devotees who just know something magical is about to happen, even though some of them might not have a clue what it might be.

He appears, very casual in a bright orange tee, grabbing his acoustic guitar and begins, with no microphone or amplification. Calvin’s full booming voice is enough for this intimate show. Suddenly the crowd gathers closer and are immediately mesmerised. Songs such as “A Wonderful Beast” and “Kiss Me Sweetly” are both touching and funny, with lyrics like “You’re the drama queen of all time” causing ripples of laughter. There is a knowing look on people’s faces, everyone here is fully aware they are witnessing something really special and are relishing every moment. The respect is palpable, you can’t hear a pin drop in-between Calvin’s playing.

This performance is as raw and ‘stripped back’ as they come, but with Calvin’s charisma, distinctive voice, clever lyrics, and impeccable timing, other instruments and amps are not missed. He even hangs back after to chat to fans and show off his extensive mix-tape collection. Time to go out and buy a cassette player again folks!