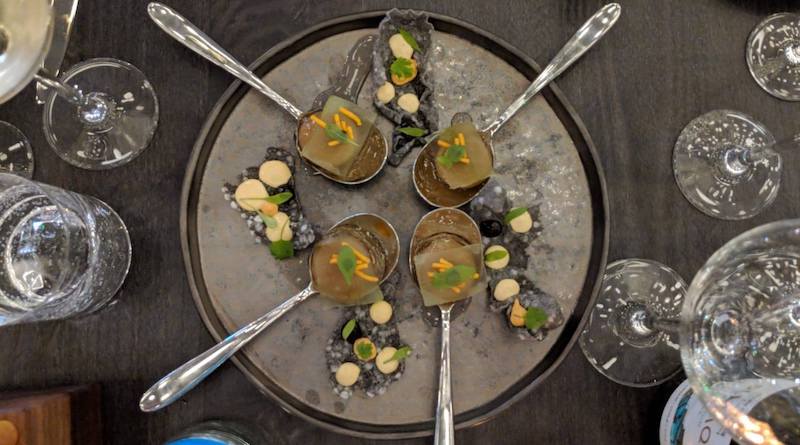 All four Michelin star restaurants in Birmingham retain their stars, as Opheem is awarded the city’s fifth

The latest Michelin Guide for 2020 has been published – featuring 187 restaurants, including one new three star, five new two stars and 23 new one stars.

The prestigious awards system merits restaurants on their cuisine alone – such as the quality, presentation, and flavour. There are currently only five restaurants in the UK that can lay claim to three Michelin stars, but due to the reputation and esteem that now precedes the honour, restaurants covet even the one. Indeed, it cannot be understated how highly this merit system is regarded; as Gordon Ramsay once famously declared, losing a star was like “losing a girlfriend”.

And Birmingham is now the proud home of five Michelin star restaurants, with newcomer Opheem joining ranks with Adam’s, Simpsons, Carters of Moseley, and Purnell’s.

Gajaar – tandoori carrot, but in reality it’s so much more than just a plate of food. We use all the trim to make every component on the dish; equals zero waste and teaches the young commis in our kitchen the value in ingredients and that with the right approach waste is not necessary. #ethicalcooking #vegan #progressiveindiancuisine @michelininspectors @michelinguide #zerowaste

Opheem is the flagship project of Aktar Islam, a multi-award winning chef and restaurateur who won Channel 4’s ‘The F Word’ in 2009, and the fish course in the final of BBC Two series ‘Great British Menu’ in 2011. Islam describes Opheem as the “inner workings” of his mind, and that it aims to “push the boundaries of Indian flavours.”

The menu showcases an array of impressive Indian cuisine, from the winning courses on the Great British Menu: Kekda Kerala (soft shell crab) and Allepy Kerala (poached cod); to Dum Biryani Hyderabad and Jalfrezi Bengal. Islam claims that much of the Indian food offered now is “clinging on to the food and culture of yesterday for familiarity and comfort” – but Opheem brings the evolution of Indian cuisine to the UK, catching us up with the flavours of today.

Opheem joins 22 other new recipients of the One Michelin star, including Mana in Manchester, which brings the city its first Michelin star in over 40 years.

The distinguished Michelin star rating comes from the French Michelin Tire company, who began sending out anonymous reviewers to sample restaurants after the release of its first guidebook in 1900, which was designed to encourage road tripping in France. Since then, the anonymous reviewers have been sampling restaurants and handing out their coveted stars in over thirty countries across the world.

With its impressive five Michelin stars, Birmingham has the most Michelin star restaurants in the UK outside of London, and things are only getting better…