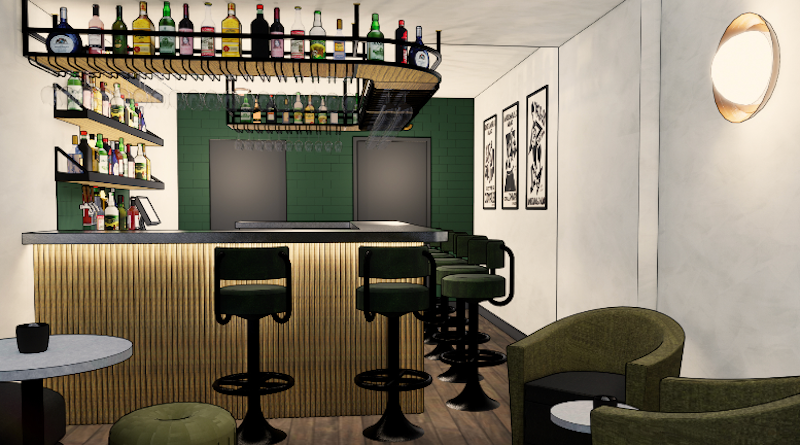 The up-and-coming suburb of Stirchley is getting a brand new cocktail bar, Couch, and the Midlands’ very best in the business are set to oversee it.

The gentrification of Stirchley is probably a topic of conversation in most households in the south of Birmingham. In the last few years, the small suburb has transformed into a hub of innovative, independent businesses – thriving with craft beer joints, restaurants including pizza, and Vietnamese, a plant store and even a fudge shop; the streets of Stirchley have never been more alive.

And to add to the concoction, a brand new cocktail bar, ‘Couch’, is set to join the party later this year – with a star-studded line-up.

It will be managed by none-other than Tommy Matthews, recent recipient of Bar Manager of the year at the Midlands Food Drink & Hospitality Awards 2019, and former bar manager at The Edgbaston, a sleek, high-end cocktail lounge and winner of Cocktail Lounge of the year. And if that wasn’t enough to entice you, the dynamic duo Katie Rouse (The Victoria, Crushed & Cubed) and Jacob Clarke (Arch 13) are also part of the “dream team” behind this new development.

The bar will take a “music and lyrics” theme twist, with the cocktails being inspired by the teams’ favourite songs and music. Perhaps we could expect a Sex on the Beach Boys? Or maybe a Marga-Rita Ora? A Ricky Martini?

One thing is for certain – Couch will be adding an extra touch of class to the developing district, which is rumoured to be giving even Digbeth a run for its money…

Watch this space for more details.