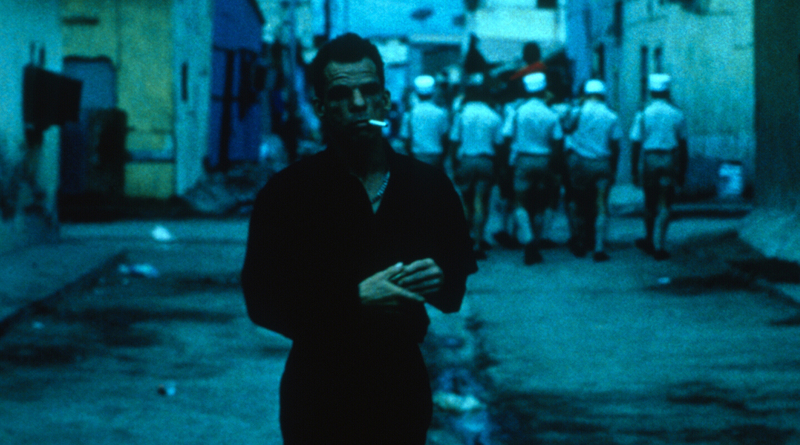 After a month away the streaming round-up is back with some truly wonderful picks from all over the globe; ocean to desert, Riviera to Soviet Russia, whatever your mood.

The winner of last year’s top prize at London Film Festival Joy has found distribution at Netflix. Hopefully this excellent film from director Sudabeh Morteza can find the audience it deserves with a push from the streaming giant. It’s not an easy film to watch: an unflinching look at the sex trafficking of Nigerian migrants in Austria tackles its subject head on but with a great deal of empathy. Beautifully shot- capturing the iridescent blues, purples and silvers of the night- a real vibrancy is added to an otherwise dark tale.

After a few months of this feature I finally get to recommend my first Hitchcock. It’s not his most renowned picture but To Catch a Thief is certainly still a romp. Set along the French Riviera a former jewel thief (Cary Grant) has to go on the run when he’s suspected of new crimes. Cary Grant is at his most Cary Grant, camply pulling off some marvellous Edith Head costumes. This emerald-soaked mystery entertains from start to finish and the central duo of Grant and Grace Kelly really gives the story some added fizz.

Huzzah! A small Claire Denis season has started on MUBI this week. First up is sibling drama Nénette and Boni, followed by Beau Travail, truly one of the greatest films I’ve ever seen, then Isabelle Huppert in White Matierial and ending with 2013’s Bastards. For my money Denis is one of the greatest living filmmakers, always asking questions, ever curious and challenging. This retrospective of her work is a treat for anyone interested in her work and would be worth a month’s subscription to MUBI on its own.

BBC’s long running documentary series Storyville has recently added 2018 film The Raft. The story about an experiment on the nature of violence and sexuality: six women and five men aboard a raft, travelling across the Atlantic for three months. It’s an early, nautical example of the Big Brother environment to test the limits of human nature but scientist Santiago Genovés’ experiment doesn’t touch on primal instinct as much as he’d expected and- like a man whose shit-cocktail everyone inexplicably didn’t mind the taste of- he has to add a little more poison.

New to BFI Player is Aleksei German’s dizzying satire about the Soviet Doctor’s Plot Khrustalyov, My Car. The film follows General Yuri Klensky as his large figure fills every frame of the film, drunkenly stumbling about and applying himself to disorderly behaviour in true Russian style, and gradually becoming entangled in the governments anti-Semitic campaign.

Visually the film is both a delirious treat for and an intense attack on the eyes. Its choreography has a strange slapstick sensibility offset by a harsh chaos to all its surroundings. I don’t think I’m capable of articulating what you should expect from this but trust me, it’s really quite beautiful.