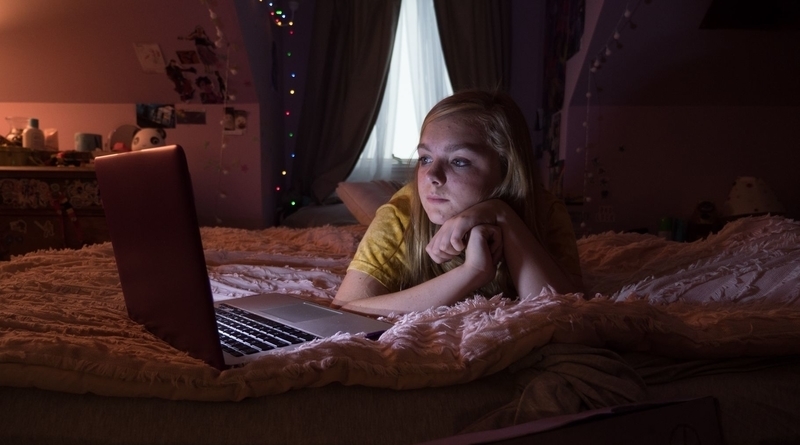 Bo Burnham’s impressive debut is a masterclass in contradiction, navigating a careful path between cringe comedy and genuine poignancy.

Hollywood has a peculiar relationship with representations of adolescence. Whilst the modern teenager had been gestating in the bowels of middle America since the turn of the 20th Century, its crystallising media moment was in Nicholas Ray’s Rebel Without a Cause, with James Dean’s titular directionless agitator. That representation of implacable frustration has acted as a cornerstone for how we define the awkward middle period between childhood and adulthood, and yet it’s only part of the picture.

In the years that have followed, Hollywood has become increasingly focused on bawdy representations of teenage existence. In their attempts to get at the heart of puberty, be it the sexual hang ups of American Pie, or the Bacchanalian excesses of Project X, they ultimately exaggerate and simplify. Even the slacker screw ups in Dazed and Confused trade barbs and witticisms with a grinning ease that has little baring on reality. How Bo Burnham’s, frankly quite marvellous, Eighth Grade creates a new gold standard for understanding how teenagers explore their sexuality is by paring everything down to one essential truth. Being thirteen is uncomfortable.

The film opens on a slightly fuzzy shot of Kayla Day (Elsie Fisher) delivering an awkward vlog directly to camera. “Hey, guys! Uh, it’s Kayla,” she stutters, recalling the Wild West-era of YouTube when anyone with a webcam could strive for personality status. “Uhh… Sorry, I… I’m reading these off paper,” she falters, bringing to mind each audience member’s own skin crawling flirtations with content production. “You know, like, be yourself and don’t care about, like, whatever… What other people think about you,” she offers as a thesis statement, an earnestly fumbled platitude that runs in direct opposition with Kayla’s clear need for acceptance.

Eighth Grade follows Kayla as she enters the final weeks of middle school, a slightly alien structure for us in the UK that seems cruelly designed to segregate teenagers as they first begin to battle with hormones. As a conceit, the final day of term is relatively well worn territory, but Kayla’s experience as the “quiet girl” is appropriately understated. She coaches herself to venture into new social situations to varying degrees of success, though these are small scale campaigns. It’s finding the confidence to wear a swimsuit amongst stereotypical mean girls, or googling sexual advice to impress a narcissistic boy. It’s trying to appease those you look up to without sacrificing your own principles.

Throughout its runtime Eighth Grade uses Kayla’s vlogs in a far more intelligent manner than most depictions of social media usage (unsurprising given Burnham’s origins as a YouTube phenomenon). Burnham doesn’t shy away from the anxiety-inducing ramifications of a system premised on peer group validation, but this is far from a fire and brimstone damnation. Kayla’s slices of lifestyle advice come at several key junctures in the film, acting as either thinly veiled indictments of her own actions or guarded insights into her aspirations, somehow never slipping into the cardinal sin of overexplaining a character’s internal processes. They’re as funny as they are heartbreaking, doubling down on that quintessentially juvenile form of self-consciousness.

In his interpolation of Kayla’s voiceovers with the realities of her relatively friendless existence, Burnham proves himself to be a surprisingly adept visual artist, achieving a genuine poignancy through the contradiction of sight and sound. Elsewhere, during the film’s charming sequences between Kayla and her goofy father (Josh Hamilton), the framing repeatedly reinforces the growing difficulties in their relationship, alongside the underlying warmth. Burnham further adroitly plays Kayla’s burgeoning sexual awareness as both comedy and horror, with his precise blocking and lighting doing credit to either side of a complex equation.

All of this is underscored and sometimes overwhelmed by Anna Meredith’s soundtrack. Her synth-heavy compositions are so bombastic as to verge on the absurd given the relatively banal scenes they score, and yet it’s through this seeming divergence that Meredith further amplifies Burnham’s anxious shot choices. The soundtrack’s best evocation of Kayla’s mindstate, ‘Nautilus’, feels like it’s always rising in pitch, teasing a crescendo that never arrives. Kayla herself states that she’s always nervous, that she never feels settled, and through Meredith’s sound design we gain a haunting insight into her pervasive anxiety.

Eighth Grade isn’t perfect, obviously. As with many slice of life pieces there’s a second act drag where the direction becomes vague and the players feel unmoored (though that’s the perfect allegory for coming-of-age). And yet, as a study of the imperfect it feels complete. Burnham has rendered a powerful image of female adolescence that tackles the deep rooted problems surrounding the sexualisation of minors, whilst also recognising the inevitably of childlike experimentation. It’s a film that communicates the internal voice of each character, even the quiet ones.

Eighth Grade is showing at The Electric Cinema as part of Flatpack Film Festival on May 4th.