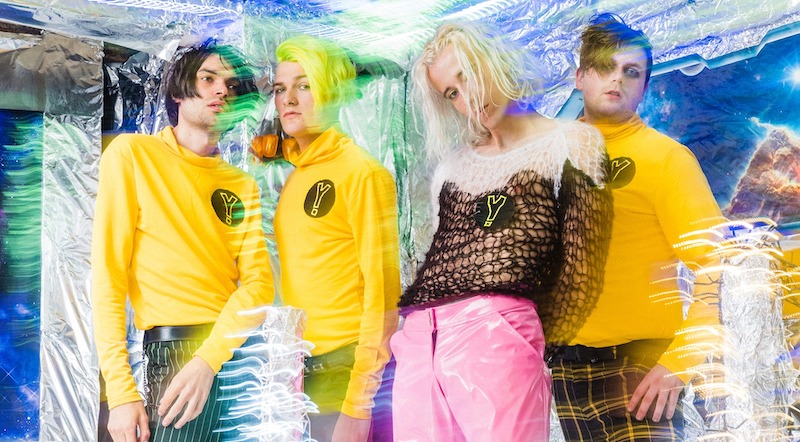 The single is the first from their upcoming EP Mass!ve, due for release on 28th August, which has recently been on heavy rotation at Counteract Towers – ‘heavy’ being the operative word. We saw them live at Mama Roux’s pre-lockdown and were blown away, and could tell from the new single, an opening salvo that reminded us of the Sex Pistols’ ‘Holidays In The Sun,’ that the band are not messing about. But if anything, things get even better from then on. ‘Alice’ and ‘Door Frame Angel’ shouldn’t be listened to after dark lest they summon up the devil, while ‘Faker’ and EP closer ‘Step Away’ are reminiscent of early Oasis at their very best, the latter especially sounding deliciously radio-ready. We spoke to frontman Oil to discuss their influences and ideas behind the new release.

Fill us in on the history of Yikes! The driver-turned-lead singer sounds like an interesting story.

Yeah, that’s pretty much how it started for me. I saw them post on Facebook looking for someone to drive their gear. I replied to it, they must have thought I was pretty cool or something because I was asked to play lead guitar after a short while. But I was pretty bad, so I guess nothing happened until I was singing ‘Lithium’ by Nirvana while me and Liam were driving up to a gig. I remember Liam turning to me and saying something along the lines of “that was cool,” and before I knew it I was having a mini X-Factor audition at his house, at which he said I manifested into a magnificent eagle like from Stepbrothers. it was a “yes” from him and the rest is history, as they say.

So we can put Nirvana down as an influence then? Who else? We got New York Dolls and Stooges vibes when we saw you live.

Yeah, Nirvana are definitely an influence, and The Stooges of course, Iggy Pop is mega. But also Bowie, Michael Jackson, The Beatles, Oasis, Queen, Radiohead, Jeff Buckley, U2, Alice In Chains, The Prodigy – a pretty broad spectrum to be honest.

Before the new EP, we loved the video for ‘Hold On To Your Grudge’. What’s the story behind that one?

That was our first video together. We managed to hijack a church (literally) and we put together something pretty cool. I can’t remember what it was supposed to really signify, but there’s some funny skits in a pub with some garlic bread. I lost my voice due to the first scene where I was in the bath smoking fags (because as the camera is turning at the start I had to be in the bath by the time he had made the turn, so it gave the effect of me having no reflection) but as these things go I had to do it twenty times and blew my throat up. Other than that it’s a decent tune, but our newer stuff is getting more where it needs to be.

So you feel you’ve progressed from your earlier stuff? What have you learned or improved upon?

There’s more of a fusion now. I’ve been allowed to bring my side into it a bit more with the new one and any project in the future. I come from a drum and bass sort of production, so loads more ear candy and tricks in the production process etc. But just in general mine and Liam’s ability to write a song together is pretty mind bending, feels almost like forces out of our control. But I’ve actually developed somewhat of a voice now which helps I guess… rather than relentless shouting I seem to have gained some control and composure. It just makes the tracks sound more “professional” – whatever that means.

The first time we met Liam he just seemed to manifest in the shadows of Lower Trinity Street, like there was something of the night about him. How would you describe him and what do you think he’d say about you?

Definitely, he’s a shadowy spectre for sure. I’d describe him in an almost biblical fashion, Jesus-like properties, or the above to my below or the yin to my yang. It’s strange for me to have met somebody so similar, but sculpted by very different hands. Then to be able to sit in a room together and make music is just weird. But I always feel like we were going to be forced together at some stage in life whether we liked it or not. I don’t know what he would say about me, and he knows I don’t really care.

Have you led him astray?

Yes, but this path is pretty exciting to stumble across when you know what way you’re going.

Sounds wild. Is there anyone in the band who when they walk in, the fun stops? Like, stop playing with the dynamite now Oli, time to sound check or tune up?

No not really, it seems fairly contradictory when we’re all holding a stick of dynamite.

Which local band or artist are you mates with and who are your tips for the top?

I’ve personally got a lot of time for an artist called Veda. Love his imagery, the tunes are edgy and pure. And The Pagans S.O.H who bring some real psychedelic vibes wrapped up in some kind of gunslinging rap burrito. Also there’s another band who I really enjoy called Marstone who resurrect some of my idols from the 90s in their songwriting and imagery. I couldn’t give a tip for the top though really, because it doesn’t actually boil down to who or what I like or think. But how hard the band or artist are willing to work for it, the team of people they have around them if they’re lucky, the vision and of course the tunes. All of that needs to be there, if by the top you’re talking the next Beatles.

Finally, what are your thoughts on the new EP?

I think the EP speaks for itself, in the music and obviously the title. I guess it’s our compressed version of Nevermind.

Pirouette is out now. Watch the video below. Y!KES’ forthcoming EP, Mass!ve, is released on August 28th. 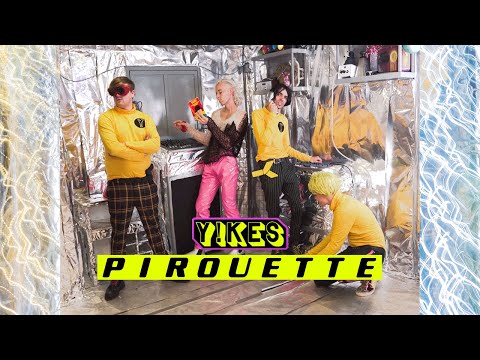