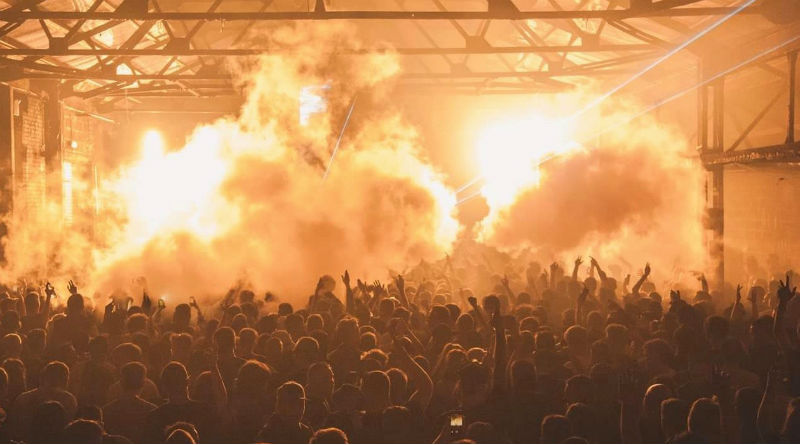 A recent series of social media posts has heralded the return of the former Rainbow Venue space to Digbeth, alongside plans to reopen Crane.

Birmingham clubbing veterans may remember the name: The massive Textile Factory space is set to reopen in Digbeth later on in 2019. While no dates have been confirmed yet, the former Rainbow Venue pop-up space has announced plans for a major comeback, three unique rooms, and the return of the famous Rainbow Beach terrace space.

According to its description via Resident Advisor, the old space ‘echoes the raw industrial look of the Rainbow Warehouse with elevated ceilings, natural light, raw brick and a unique outdoor space’. The Textile Factory has invited the public to get involved with its plans for the space, alongside announcing a recruitment drive for those interested in working more closely with the venue.

In addition to the 1200 capacity main room, the venue will also boast a 2nd room featuring an experimental light fixture, and an intimate 3rd space.

FAO Birmingham (Formerly The Rainbow Events, The Rainbow Venues) has recently undertaken a major social media rebrand: changing their Instagram to reflect the return of The Textile Factory and answering fan interest on Facebook by confirming The Textile Factory’s return. In addition, FAO have suggested that plans to reopen Crane are in the works. Crane originally opened in September 2017, and was operational for just three months before its parent company lost its license.

The Rainbow Venues previously operated 13 sites in Digbeth before losing their license as a result of a drug-related death in November 2017. All venues subsequently closed in early 2018, despite concerted efforts by the promoters, fans and DJs to oppose the revocation. The Educate Not Revocate – spearheaded by Rainbow founder Lee McDonald – continues to raise awareness of the impact drug-related venue closures has on the nighttime economy of UK cities.

Keep up to date with The Textile Factory via their Instagram.