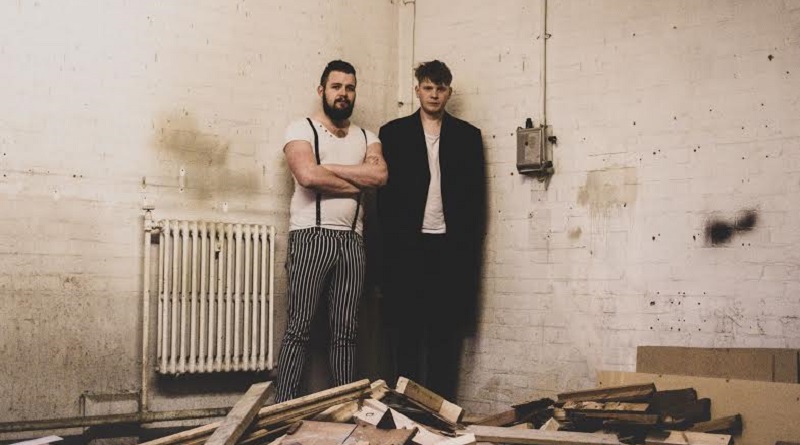 We’re delighted to announce that everyone’s favourite garage-blues rock duo, The Mighty Young will be headlining our Waveforms launch party this August.

Having just released their debut EP, Neptune to a packed launch party at the Sunflower Lounge, we can’t wait for TMY to tear up Waveforms. Watch the video for the title-track below.

Waveforms has been set up to showcase the best in local talent right here in Birmingham, with our launch party at the Hare & Hounds on Saturday August 20th being an all dayer of exactly that – some of our favourite local bands.

Set to join our headliners The Mighty Young is those citrus boys Juice, with their frantic, fuzzy anthems. Heralded by NME and Radio 1, you won’t want to miss this lot.

The next band set to play at the launch of Waveforms is Cut Glass Kings. Having recently toured with The Coral, this Birmingham trio are seriously on the cusp of great things. Their single, ‘Drifter‘, is a psychedelic journey in to the minds of three local lads and you can see why they’re spoken so highly of by James Skelly and co.

Having been playing locally for a while now, Swerve should need no introduction. Their recent self-titled EP is a blissful haven of shoegaze and lo-fi punk, with their live show culminating in a sweat box of noise. Swerve could well be your new favourite band.

If you want gritty rhythm and blues, The Good Water should be right up your street. Guitarist, Rob Clements and drummer, Tom Fisher combine to create melodic, fuzzy blues james and almost self-depricating lyrics. Their debut single ‘Apples’ is out now and on iTunes and you can listen to a clip below.

For a new band, Cinema are getting around quite a bit. Having played with Sundara Karma and TEN FÉ, Cinema are already attracting attention from some of the city’s most influential people in music. With feel-good synth beats and jingly-jangly guitars, get down early to catch this band on the up.

And last but not least, opening the first edition of Waveforms is new Birmingham trio, The Cosmics. Their debut single, ‘Johnny‘ is a lo-fi ditty which shows their maturity at such a young age. Despite clocking in at only 1:50, ‘Johnny’ will make you press replay over and over again.

Further acts and DJs for the first installment of Waveforms are set to be announced in due course, with additional events to follow in the tail end of 2016 and throughout 2017.

Waveforms #001 takes place at the Hare & Hounds, Kings Heath, Birmingham on Saturday August 20th 2016. Doors open at 4:00pm. Limited early bird tickets at the price of £5 are on sale here.