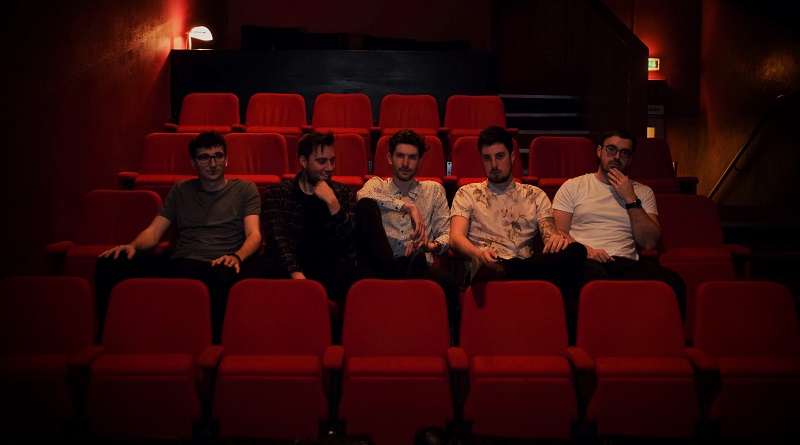 Give them some DIY stage props, a Bombay Bicycle Club album and some form of green screen and Cinema will show you what they’re made of. The past year has watched the band develop, play sold out shows and produce some top quality music, all we need now is some popcorn.

With the name deriving from their cinematic sounds, the Birmingham-based five piece combine electronics, percussion and abstract guitar sounds into a truly remarkable musical experience overflowing with summery feel good beats and pure synthy goodness. More layers than your favourite lasagne, the band kind of sound like the love child of Two Door Cinema Club and Django Django with the catchy lyrics, twanging guitar and varying drum beats.

“We always knew our music would have a certain amount of electronics involved, alongside percussion and guitar but we never really had a sound in mind. We can all play each other’s instruments which helps and the songs just kind of came together, it just happened, and it works,” explained frontman Dave.

Having recently supported bands such as Sundara Karma & TEN FÉ, Cinema dominate the stage when performing live, however although admitting they can be “bedroom writers” the band obviously have passion for creating and putting together new music in their lock up, as drummer, Jake explains: “Playing live is good if it’s a great gig but recording has endless potential. We’re definitely at home creating music in a studio.”

With an eclectic mix of music tastes from soul and funk to guitar based tunes they all agree that if they could choose a band to tour with it would be Arcade Fire, although admitting “it would definitely put us through our paces”. The band also have a mutual love for Bombay Bicycle Club with one of their favourite albums being So Long, See You Tomorrow, which is perhaps where their love of show visuals stemmed from.

In light of this, perhaps adding to the cinematic theme, the band are very much into stage props admitting that the bands they love “have about fifty percent music, fifty percent imagery”. Their recent shows have featured their DIY lights, old monitors and even artificial flowers which they admit if they go on tour “will come with us”. 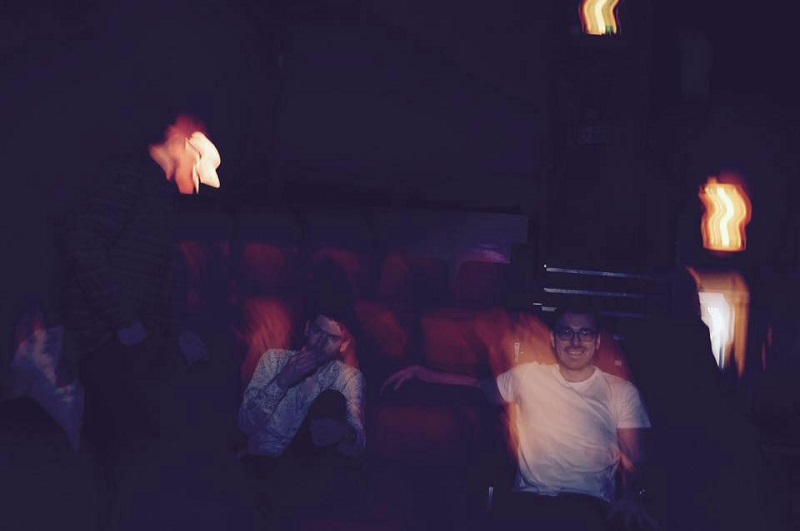 Being an up and coming band in Birmingham and appearing on BBC introducing West Midlands, Cinema are in the know when it comes to local music. The band have played alongside other local Birmingham bands such as Oceania but Alex (keys/guitar) feels Phil Barber’s musical duo, Winter 1982 deserves a mention.

“A member of the duo, Phil Barber, is the guy who looks after most of our visual things, photographs and editing our first music video. He’s also a great guitarist, singer and great at the visual aspect. They’re thinking of maybe branching into a full band but at the moment the Winter 1982 duo are definitely worth a listen”

With help from Phil Barber, the band have just finished shooting the music video for and after a sneak preview the band have created a 90s inspired, tongue and cheek film they described as “not too serious” that is like looking straight through a kaleidoscope. Amongst laughing at the lack of special effects and the DIY aspect of their video they explain that they just “went with it” but did “have a lot of fun”. Although admittedly Cinema may not be winning an Oscar anytime soon, the video is fun and they have shown once again that you don’t need a major budget or fancy ideas when you’re playing great music (take note Spielberg).

As an up and coming band it’s exciting to see what’s next on the agenda for the Birmingham 5-piece.

“We’ve only been together for about a year so we’re just gearing up to getting our first release out there that’s all, next summer will be a good time,” said Alex.

With the new single ‘Move On’ on the way, new music video and an array of live shows on the agenda for Cinema, it most definitely will be an exciting 2016 for the band. Shot gun front row seats.