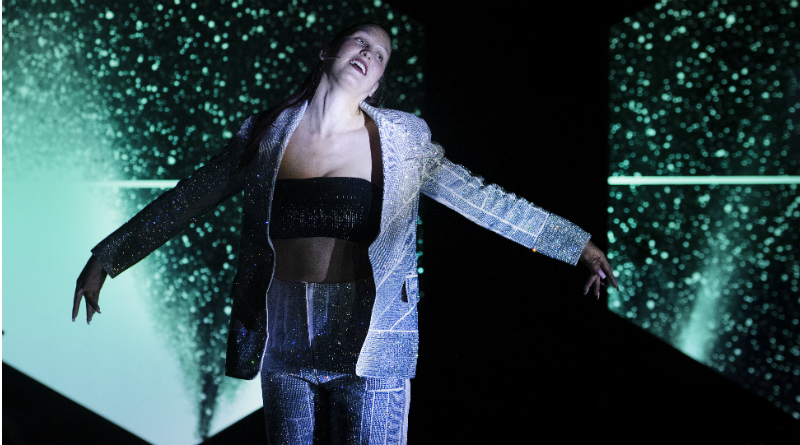 The collaborative show between two of the most experimental artists working today was a daring, once-in-a-lifetime event.

Considering they’d already called time on their short but sweet run as a band, it felt only right that Victor should be opening a show that seeks to push the boundaries of what is possible. Delivering a tight set of post-punk noise, Victor’s scrappy, rough-and-ready music is tinged with an uncharacteristic cheerfulness when considered in the context of their resurrection. This becomes especially true during comeback track ‘Daughter’; a song many thought they’d never hear at all, never mind blasting out from the stage of one of Birmingham’s greatest indie venues, The Crossing. 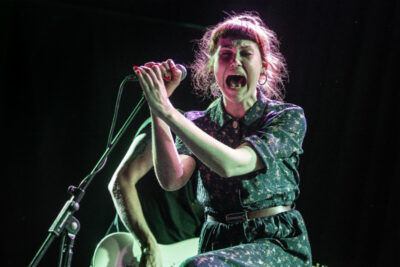 The main event isn’t taking place on the main stage, however, but against the right-hand wall, where 3 hexagonal screens have been erected. These screens are Semiconductor’s contribution to the evening: across 45 minutes the screens buzz with activity: from imaginings of collapsing stars to mountain ranges in flux. At the fore of it all is Eartheater, who adds her unique brand of experimental pop to Semiconductor’s pulsating visuals. Her operatic, unmistakable voice seems to be coming from all sides as she dances hypnotically in front of and between the screens. 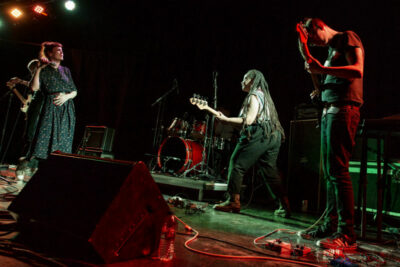 The effect is apocalyptic; never relenting in intensity, yet not overbearing. A particularly striking moment is when the layers of electronic drone fall away and leave Eartheater’s vocals alone to fill the space, which they do capably. Later, Eartheater wanders through the crowd howling, joined in by a chorus by workshop volunteers. Is it almost self-consciously experimental? Sure. Does that reduce its power in any way? Not in the slightest. 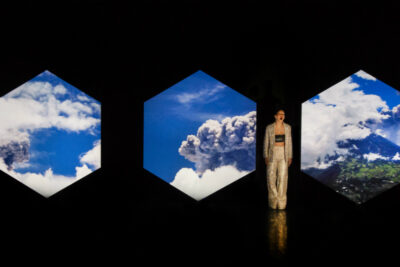 Eartheater demonstrates total, fearless commitment to her art, to the extent that when she breaks character to thank the audience at the end, it feels like waking from a dream. There’s a dawning realisation that the figure in the glittery pantsuit whose spent the last 45 minutes creating some of the most otherworldly sounds is simply an artist doing her thing, something she does with relish and uncompromising vision. 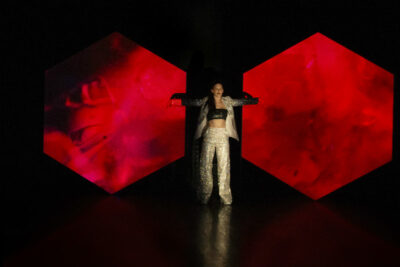 Fracture Patterns is the sort of show that renders certain forms of live review impossible: it’s difficult to tell if there was a setlist, as most of the music was created from scratch for the commission, though there are moments of recognition as some of Eartheater’s solo work emerges from the void: hearing ‘Peripheral’ from 2018’s Irisiri mid-set feels like finding flotsam at sea during a powerful storm. 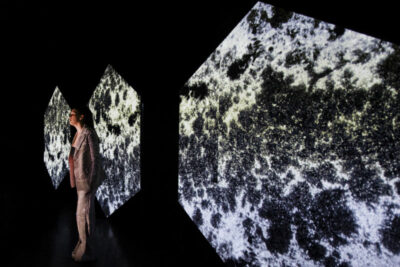 A radical night of combined music and art, particularly one that brings in artists from the fringes like Eartheater, is something that doesn’t happen enough in Birmingham. Only through the combined power of the outside-the-box promoters at Outlands and their Birmingham partners at Capsule could something as exploratory and innovative as Fracture Patterns happen, and it was the sort of artistic achievement that left all who witnessed it wonderstruck. 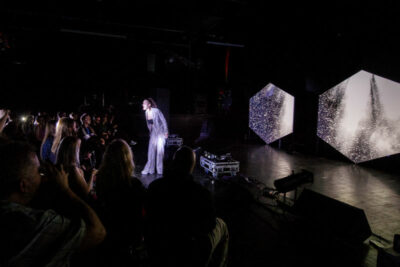