Kitty Green’s day-in-the-life story of a junior assistant at a film company is an excellent portrait of the industry’s biggest blemish.

Jane (Julia Garner) has recently landed a graduate job as an assistant to an executive at a film company. We see Jane up before the crack of dawn, setting out to work and arriving before anyone else. Her assortment of duties includes taking calls, printing and copying, ordering lunches, running around after employees; all things associated with the job of an assistant.

Her small office gradually fills with its two other members of staff: a book-passing man-child and his data-entering colleague who leaves his own responsibilities only to offer Jane unasked for help with emails. Though there seems to be no discernible difference in their roles, it is Jane who tackles the dirtier jobs: cleaning the sofa (some unpleasantly human stains), cleaning up leftover bits of food, dealing with the boss’s angry wife. It all looks like the undesirable chores only a newbie would be shy enough to complete, but there’s a sinister misogyny to every new task she has to take up.

Now, it’s easy to label The Assistant as a #MeToo drama. It may be “timely” and “urgent”, but there’s a danger that this deftly told piece of filmmaking could be pigeonholed as simply trying to be of-the-moment or lacking in a quality other than “importance”. What Kitty Green does here is present her audience with the apex of the film industry’s darkest secret, tunnelling into Jane’s perspective to great personal effect.

All that goes on around Jane is background noise and peripheral activity. We lock into her viewpoint so acutely that the staff and producers around her are given the degree of identity usually afforded to people in a Tom and Jerry cartoon. As Green starts to give some clarity to Jane’s clouded field of vision, a veil is lifted on what might be going on around her. 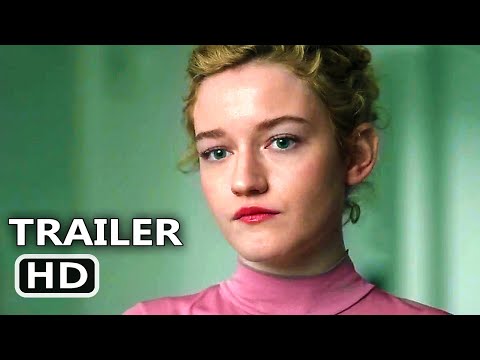 Throughout her day people come and go and Jane begins to fit pieces into a puzzle. In one particular scene, Jane meets someone from HR (Matthew Macfadyen) to discuss her suspicions, only to be told that she’s risking her job in trying to expose something both frivolous and commonplace. It’s a crushing exchange. We’re forced to face the suppression of Jane’s warranted fears, the choice she is subjected to, and the indifferent culpability with which someone can normalise potential abuse and exploitation.

Green repeatedly forces us to face Jane’s frustration as she continually has her anger met with a swift silencing, like a kettle about to boil before being turned off. The help from her co-workers, or lack thereof, does more to not only frustrate but to thread a layer of discomfort into seemingly normal behaviours. Advice on how to manoeuvre around blatant wrongdoing, how to ignore what goes on behind closed doors are all vulgar signs of being wilfully blind to what should be spoken out about.

The Assistant is a work of anger and disgust. It’s a pertinent film designed to strip the art of its glamour. But it’s also thrillingly, quietly intimate. The film’s control and Green’s command of her character and subject are subtle with rage. It’s not particularly dramatic or exciting. It’s not indebted to any revelations. Yet what The Assistant does is take one of film’s most culture-shifting topics and turns it into a woman’s tale of everyday office life: work, be quiet, go home. Green has taken the suggestion of knowing one’s place and made something that knows its place all too well. Quite literally all in a day’s work.

The Assistant is available to rent on most streaming services, including iTunes now.