Following the success of Spirited Away, Howl's Moving Castle used Studio Ghibli's newfound fame to discuss the War on Terror.
Skip to content 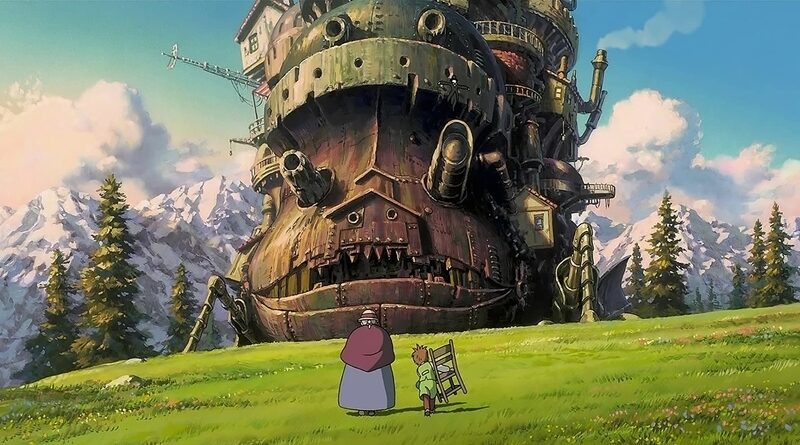 In the third edition of Studio Ghibli Sundays, Nick Griffin looks at how Studio Ghibli tackled the War on Terror with Howl’s Moving Castle.

On September 10th 2001 no one could have predicted the catastrophic events of the following day or how they would shape the political climate of the 21st Century. From the Patriots Act, which allowed the government to spy on citizens, to President George W. Bush’s rhetoric of freedom and liberation, to the most infamous signifier of this period, the 2003 invasion of Iraq, the response to 9/11 forged a climate of militarism and authoritarianism that had little concern for its victims.

It is perhaps emblematic of this changing and unpredictable climate, then, that one of its most effective anti-war polemics came from the seemingly unconnected world of Japanese anime. Studio Ghibli’s auteur-in-chief, Hayao Miyazaki, had dealt with the subject of war before, in features such as 1984’s Nausicaä of the Valley of the Wind, yet he was a name that was only just coming to prominence for a western audience.

Having written and directed a number of animated films in the 1980s and 1990s, Miyazaki’s work eluded wider Western recognition until Spirited Away won Best Animated Feature at the 2003 Academy Awards. Notably, Miyazaki boycotted the event, citing his objection to the Iraq War. This protest was to be expressed artistically in his next project, a film that focused on the victims of war.

Howl’s Moving Castle, adapted from the 1986 novel by Diana Wynne Jones, is ostensibly a fantasy story. It follows Sophie, a young girl who is the victim of a curse that renders her old and decrepit. Thrown into despair by her elderly state, she flees from her home and explores the nearby wilderness in search of a cure. Here she encounters the eponymous moving castle, a steampunk construction of irregularly assembled sheet metal and bolts perched on spindly but able legs. 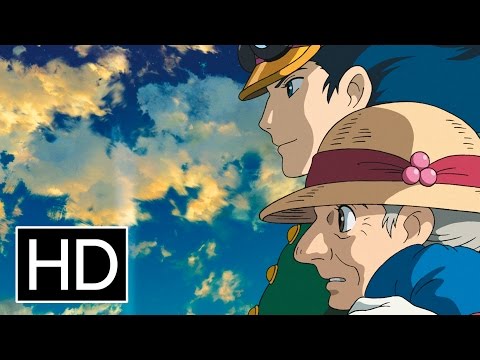 Once inside the castle she meets an assortment of odd characters including the fire demon Calcifer and his owner, the narcissistic mage, Howl. From here, however, novel and adaption diverge. Instead of following Wynne Jones’ small, personal story, Miyazaki expands on some allusions to war found in the novel, making them central to his narrative.

It is through this combination of the realities of war and the fantastical world of the source novel that the politics of the film gain their impetus. While Miyazaki aimed the films moral message at the Iraq War specifically, through the use of a fantastical setting the work becomes equally concerned with war in general.

Rather than the dusty plains of the Middle East, the setting is lush and European. And instead of the 21st century, the film is temporally vague, presenting a world that still relies on steam trains and Ford Model T style cars, while futuristic battleships loom overhead. There are some more explicit references to Iraq (the Witch of the Waste’s henchmen are mysteriously black and globular, as though they have emerged from an Iraqi oil field), but there is a distinct sense that this war could have happened anywhere.

Nowhere is this more apparent than in the extensive scenes of firebombing towards the films conclusion. This section is as reminiscent of the unnecessary and brutal bombing of Dresden in 1945 as it is of the USA’s shock and awe campaign. By drawing a comparison between one of the most unnecessary and savage events of the Second World War and the War on Terror, any presumptions of the righteousness of US retribution are emphatically rebuked.

Miyazaki similarly uses this vagueness when portraying the politics of the war. An easily missed bit of dialogue informs us that a prince has been kidnapped, and this is all the justification we get. This withholding of the cause of the war allows for a greater exploration of its effects, the primary victims of which are civilians. We are told that the Royal Palace is protected, meaning the bombs “just fall on neighbouring towns”. The knowledge that the political manoeuvring of the elite has rendered the public as collateral damage discredits any moral or practical justification for the conflict. 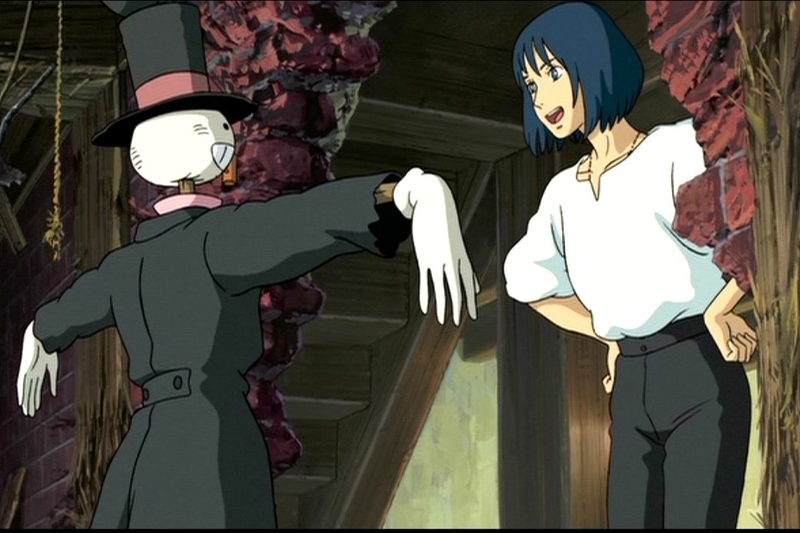 Truly a prince among men

This futility and pointlessness is emphasised at the film’s conclusion when the conflict is ended in a manner that is both flippant and arbitrary. A sentient scarecrow, which has been assisting Sophie on her quest, is revealed to be the missing prince who had been the victim of a curse. Now restored to human form, he vows to return to his homeland and put an end to the war. Madam Suliman, a witch who serves the king, and seemingly a key architect of the war, concurs. And just like that, it’s over. “A happy ending”, Madam Suliman declares, but for who? Sophie’s town is a burning waste; untold destruction has been wrought.

Indeed, the frivolous manner in which the hostilities are brought to a conclusion raises the question as to whether this is an ending at all. If this war can be concluded so quickly, surely another could be started just as easily. But this is perhaps the point. War in Howl’s Moving Castle is quick to spark, violent and unjustified. And its victims are not “enemies of freedom”, in the words of George W. Bush, but innocent civilians.

Francois Truffaut once famously claimed that it was not possible to make a truly anti-war film as, in the very process of showing war the subject is made exciting and appealing. Howl’s Moving Castle may have found a solution to this. By keeping its justifications vague and focusing on the consequences, we see wars human impact and little of its glory; and through this Miyazaki posits that all war is comparable only in its destruction and never in its justifications. He wanted to shame the American government, to show them the senselessness of the War on Terror. The American response to the movie? It was nominated for an Academy Award.