A portrayal of greatness that confirms a legacy. As signature moves go, this might be Jordan’s best
Skip to content 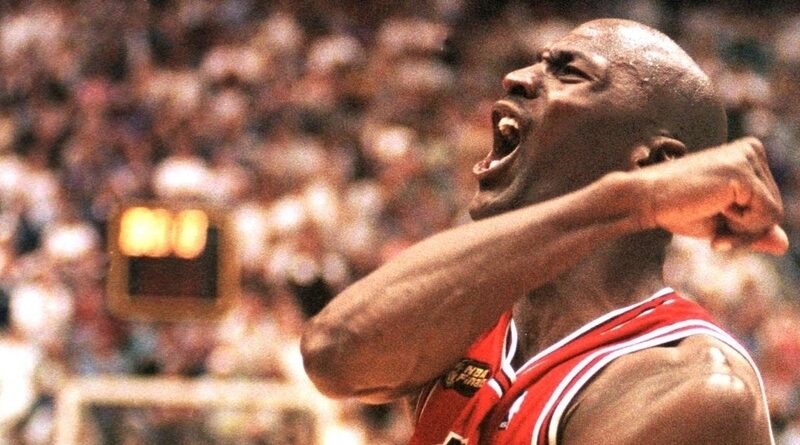 This 10-part Netflix miniseries on the 1997–98 Chicago Bulls confirms their substantial legacy. As signature moves go, this might be Jordan’s best.

The first two episodes of ESPN’s The Last Dance landed on Netflix today, ahead of schedule and much to the delight of locked-down sports fans across the world. At a time when the NBA playoffs should have been starting, this look into (arguably) the greatest basketball player of all-time, Michael Jordan, couldn’t have come at a better time, and offers an intriguing insight into one of sporting history’s greatest teams, the Jordan-lead Chicago Bulls of the 1990s.

Few sports stars have been quite as transcendent as Michael Jordan. In episode one, a neat clip shows Oprah Winfrey introducing the then-Bulls superstar as “the most famous man in the world”. Not since Muhammad Ali has a sportsman been so universally known and admired. But with the increasing popularity of revisionist history, does Jordan’s legacy still stand-up?

It’s important to note, that without Michael Jordan’s approval, this documentary doesn’t see the light of day. The footage has been available from the late 1990s, shrouded in mystery and spoken of in legend by those lucky enough to have been granted access. It’s unlikely then, that The Last Dance will do anything but cement Jordan’s legacy as one of history’s greatest ever sportsmen. But there are signs in the first two episodes of what a complicated situation it is for anyone at the peak of a sport; how different things can be behind the scenes, even amongst 5-time championship-winning teams, where egos, power struggles, money and fame all play their part.

It will be interesting to see if The Last Dance provides a similar level of intrigue as Netflix’s current big hit, Sunderland ‘Til I Die, a startlingly honest behind-the-scenes look at the recent struggles of Sunderland Football club and their supporters. The first two episodes of The Last Dance serve more as scene-setting, reminding us with incredible highlights and a heavy-dose of 90s nostalgia, just how god-like “His Heirness” was. In a sport where confidence is everything, watching the effortless Jordan toy with opponents on the court, and dress with an unmatched swagger off it, is an absolute delight. A reminder of what truly makes the greats great. 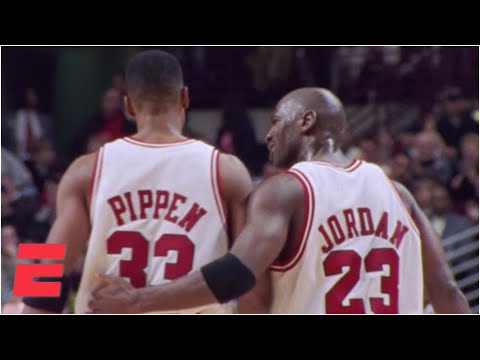 But for those with a keen eye on locker room politics, contract disputes and intrigue, The Last Dance gives us an opportunity to go beyond the championship rings and see the inner-workings of a dynastic team on its last journey. It seems inconceivable to us now that the Bulls wouldn’t have done everything in their power to keep their generational talent from leaving: when a player like Jordan tells you to jump, you say how high. What is evident from the start, however, is just how toxic the situation had become in Chicago.

General Manager Jerry Krause, mentioned early on, is as important a figure in the make-up of the Bulls as he was in its break-up. Krause and team owner Jerry Reinsdorf were at the top of an organisation that had become filled with frayed relationships, and were ultimately behind the dismantling of the team. There is perhaps a fatigue and weariness that comes with success. Nonetheless, the reasons behind it seem baffling even now.

It’s interesting to hear from almost all of those involved. Head Coach Phil Jackson and owner Reinsdorf are two strong voices from the Bulls hierarchy, whilst other key teammates such as the famously extroverted Dennis Rodman, Bill Wennington, Tony Kukoc and Steve Kerr also lend their thoughts. But part of the focus of episode 2 is  Jordan’s wingman and owner of one of humanity’s deepest, sweetest voices, Scottie Pippen aka the “Robin to Jordan’s Batman”. With such key contributors, it becomes easy to see the complexity of the issues that were tearing the organisation apart, but it’s ultimately Jordan’s voice that really ties everything together.

Jordan, talking at times with a drink by his side, looks large and sluggish nowadays. It’s just a fact that most retired ballers look hulking in regular life. Still, you wouldn’t bet against him in a one-on-one. This is a man who came back to the league at nearly 40 years of age and put up 23-points per-game for the Washington Wizards in what was his final comeback. During his interviews you can see, behind the slightly reddened eyes, the passion, determination, hard work and sacrifices, that saw him become a champion. But with it too seems to be the weight of expectation and fame, and how that can sit heavily on the shoulders of sporting giants.

Will the series be as revealing as it promises to be or will it fadeaway (sorry)? If the first two episodes are anything to go by, then this much anticipated documentary series could provide the juicy intrigue to match its breath-taking action. They say winning comes at a cost. We may well get to see just how much.

The first two episodes of The Last Dance are available on Netflix now, with new episodes airing weekly.