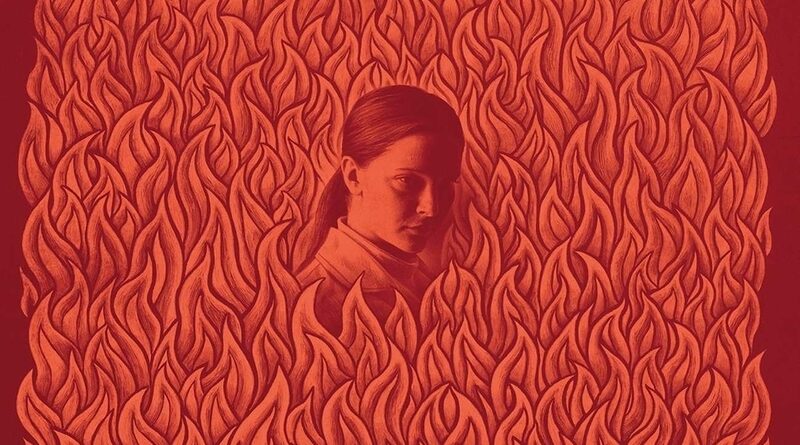 Rose Glass delivers a blistering debut horror that sees a young nurse struggle to cope with isolation, temptation and salvation.

Love the Lord, all you his saints! The Lord preserves the faithful.

The philosophy and morality of the Bible are so interwoven into our society, that it seems we’ve chosen the parts we’re ok with, and discarded the rest. It’s easy to forget then the sheer brutality contained within a book that was written and amended thousands of years ago, guided by the voices of evermore contradictory men who twisted (or upheld) the supposed word of God. In Saint Maud that viciousness is brought to life when a private nurse attempts to “save” the soul of her patient, an enigmatic former dancer whose body has been taken over by cancer. One of God’s cruellest tricks.

Amanda, played by a languid yet luminous Jennifer Ehle, represents all that must be saved; a confident, sophisticated, sexually-fluid woman, with a bohemian lifestyle whose successful career in the arts puts her at odds with the conservative lifestyle of the deeply religious. As her new nurse, a devout Maud finds this lifestyle reprehensible, especially coming from a person so close to God (in the way we typically imagine the terminally ill to be). But Maud’s position of power over an increasingly frail and isolated Amanda allows her the opportunity to set her patient on the path of repentance.

The acts of the flesh are obvious: sexual immorality, impurity and debauchery.

Maud, though, has her own secrets. A violent, bloody past is revealed almost immediately, as debut director Rose Glass shows us just enough at the beginning to offset Maud’s more well-intentioned, kindlier actions. And with this glimpse we see how Maud fits into the wider, liberal narrative. That those most conservative in thought are simply denying their inner-most desires or supressing past indiscretions, attempting to eradicate feelings that are unfamiliar, uncomfortable and troubling to them.

Religious distraction offers Maud the chance to push past her former self, but what at first seems a dogged commitment to Christianity quickly morphs into something far more sinister. Maud seems to fixate upon the most violent iconography of the Bible, not least after Amanda, initially enamoured by her pretty young nurse, gifts Maud a book of William Blake’s artwork, featuring grotesque and captivating scenes from the Bible. And though their initial relationship seems to be built upon a mutual intrigue, the chasm between their beliefs comes quickly into view as their connection mutates, winding through sexual tension, frustration and jealousy, into fear and anger, and finally into aggression and hatred. Both women have magnetic personalities, at times pulling them closer but too often repelling against one another, unable to connect even if the desire is there.

Idle hands are the devil’s workshop; idle lips are his mouthpiece.

Maud’s frenzied fanaticism puts her at odds with Amanda and the world around her. The loneliness, the sadness, the hypocrisies of socially conscious living grow paler in comparison to Maud’s fevered religiosity. Isolated and unemployed in a small town, we see how easily Maud slips into radicalisation, a theme that plays on our fears of fundamentalism in any form. Are religious fundamentalists just more extreme versions of ourselves? Or have the lines between right and wrong completely disappeared? Nothing exemplifies this more than Morfydd Clark’s physical, balletic performance as Maud. Natural thoughts and desires become warped and contorted as she gives herself up to a higher power. Her utterances turn to whispers and speaking in tongues. The natural becomes supernatural. As we reach the dramatic, celestial finale, the last glimpse of Maud will burn brightly, however you feel.

Then you will shine among them like stars in the sky

Saint Maud is showing in cinemas nationwide now. Maintain social distancing, wear a mask, and scare yourself silly as safely as possible.