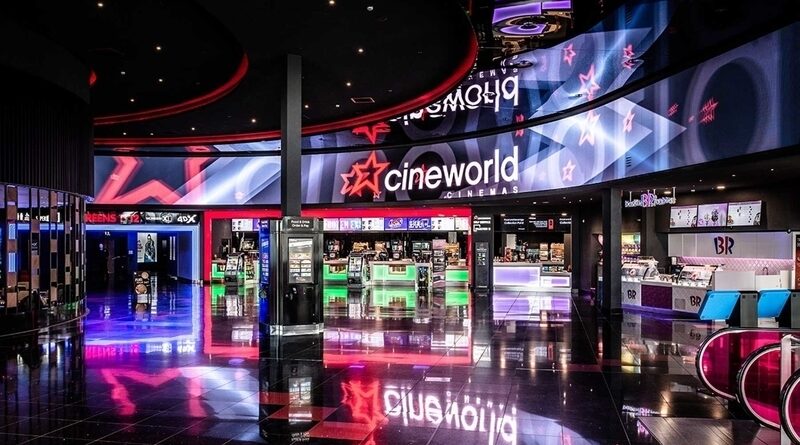 After another disappointing announcement from another sector in the arts industry, what is the future of cinemas in the wake of the Cineworld closures?

As the announcement comes that Cineworld is closing all of its cinemas in the UK and US, it feels like a gut punch to the already beaten down arts industry. Although there remains a glimmer of hope that re-openings may happen in the following year, the scars left by the continued delays of major blockbusters are unlikely to heal quickly. In the meantime, staff are being encouraged to accept redundancy in the short term, with hopes of re-joining the company upon re-opening.

Despite these seemingly scarce promises of re-employment, the closure leaves more than 5,500 employees out of work, with many finding out their fate via the front pages of the Sunday Times, and reposts of the news on social media. The delayed announcements from Cineworld CEO Moshe Greidinger following the Sunday Times article left many Cineworld employees reeling with shock and horror as they were dragged into unemployment.

However, this failure of communication and seeming lack of confident leadership exhibited by Cineworld is old news where Cineworld employees are concerned. Cineworld’s lack of communication was shown starkly during the furlough scheme, when staff were threatened with redundancy depending on years employed, a threat that was only pulled back from with the announcement of furlough. Not to mention the $8 billion debt accrued as a result of the pandemic, and a lawsuit from Canadian movie operator Cineplex. It’s no surprise that faith has been lost in Greidinger, and Cineworld alike.

Regardless of Cineworld, the arts industry is once again grieving from a relentless torrent of challenges posed firstly by the pandemic, and secondly, by the lack of government support during this crisis. Despite a £1.5 billion lifeline fund promised in July to help the arts industry, many venues are still struggling to open, with long-term support needed, rather than tokenistic gestures in the form of big-money promises.

Many zero hour employees have received a worrying email this evening which offers no clarity at all. Will we be made redundant? Will we be placed on unpaid leave? This has caused nothing but further anguish for those of us desperately waiting for answers. pic.twitter.com/Shbzaf1Eze

In terms of the film industry, how will cinemas adapt and compete against the streaming services which occupied so many of our hours over lockdown? With the price of cinema visits rising year on year, it feels like the cinema experience is in need of a rethink, not only to bring customers back post-pandemic, but to keep studios from turning to streaming services for film debuts.

Cinema franchises such as Everyman cinemas understand that the cinema experience demands more, tailoring a cinema visit as a luxury experience, showing old classics and new films alike. Locally, the Mockingbird Cinema in Digbeth has adapted, continuing a similar ethos to that of Everyman.

Although, to what extent can we truly lay the blame at the feet of cinemas operators? Despite all his criticisms, Christopher Nolan was determined to have his latest film Tenet debut within cinemas, refusing the gargantuan streaming services. Perhaps it is this level of determination which is needed by directors and studios alike to revive cinemas, and to provide the precious income of ticket sales needed to save staff jobs. Even despite Nolan’s efforts, however, Tenet grossed more than £253 million in its first six weeks, nowhere near the usual expectations set, but certainly an impressive sum given the climate within which its been released.

Nevertheless, the future for the film industry, and the arts alike is uncertain. Following Rishi Sunak’s out of touch statements telling those in the arts to get another job, it is unlikely that cinemas will get the same revival that the hospitality industry enjoyed post-lockdown.

Ultimately, the arts industry is one which has been historically undervalued, with arts workers facing some of the harshest cuts of all post-lockdown. Despite the renewed importance of arts and culture displayed during lockdown, it is unlikely that this is going to change.

In the end, it is up to individuals to pay the way for cinemas’ survival. In the small acts of buying gift cards for your local independent cinemas, or going to watch an old classic, there is potential for survival, not just for individual jobs, but for a whole industry.