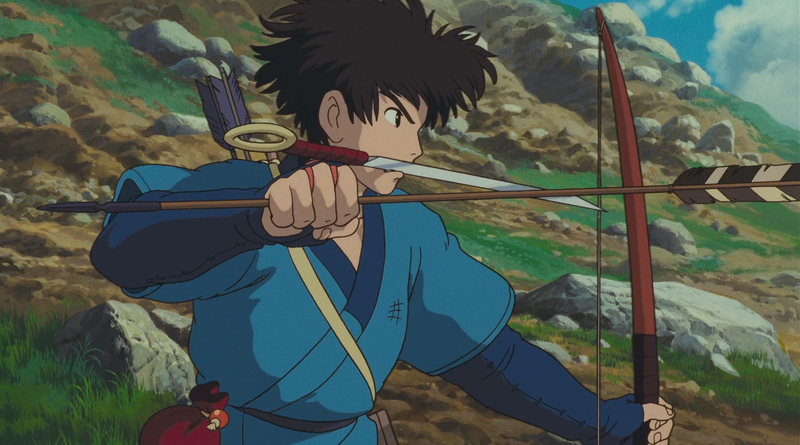 In this edition of Studio Ghibli Sundays, Jeremy Arblaster looks at what makes Princess Mononoke such an enduring classic, even amongst a studio known for consistent quality.

In ancient times, the land
lay covered in forests,
where, from ages long past,
dwelt the spirits of the gods.

Back then, man and beast
lived in harmony,
but as time went by, most
of the great forests were destroyed.

Those that remained were guarded
by gigantic beasts…
who owed their allegiance
to the Great Forest Spirit.

For those were the days
of gods and demons.

From the moment a young Ashitaka lets fly with an arrow that pierces the eye of a rampaging boar-God, it’s clear that Princess Mononoke is no charming Studio Ghibli fairy-tale. The breath-taking first scene is dominated by a terrifying boar, possessed with a demonic fury, covered by oily black “tentacles” that have consumed the previously terrific animal, turning it into a dangerous and frightening monster.

Ashitaka must take down before it reaches his remote village, but his bravery comes at a cost. When Ashitaka’s arm is momentarily caught by the demon, the marks leave a curse on the young prince, that will eventually consume him much like it has the boar-God. It’s quite the opening. This stunning, visually impressive action-sequence reportedly took nearly two years to complete, and is a mixture of thousands of carefully crafted hand-drawn images and a touch of CGI.

Mononoke marks the studio’s first venture into using CGI technology, a process of filmmaking that may seem at odds with Ghibli’s ethos centred around lovingly laboured, hand-drawn images. This decision may have been down to necessity as much as a conscious shift, since during the 1990s there began to be a shortage of celluloid and cell paints that Ghibli relied heavily on. With a considerable chunk of the budget set aside for the use of CGI, Miyazaki was able to make Mononoke’s action-filled scenes incredibly dynamic.

It’s this dynamism that really sets Mononoke apart. The movement is fluid and realistic. The violence is ultra-cool, with limbs being cleanly separated from the body in a way that invokes those Tarantino-esque moments of brutal, cool-as-fuck awe. (Mononoke is bafflingly rated a PG). Tarantino was originally asked to be on writing duty for the English language version, but turned the project down, recommending comic-book writer Neil Gaiman instead. 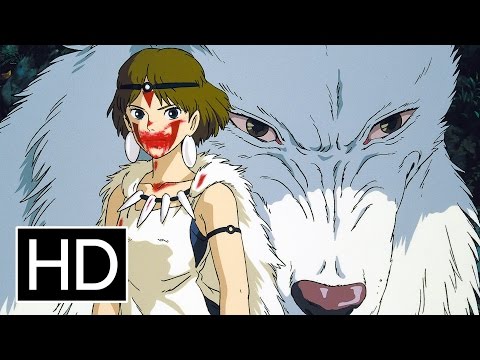 After Disney’s 1996 deal to obtain distribution rights for Ghibli films, it was down to subsidiary Miramax to release the film in the US. The infamous independent studio had already cemented its credentials with the likes of Pulp Fiction, and Sex, Lies & Videotape as well as a host of projects with some of cinemas hottest directors. But when Mononoke was sent to then Miramax chairman Harvey Weinstein, there is the legend that a katana was sent with it, with the message “No cuts”.  An undeniably awesome fuck you to the perceived butchery of Hollywood.

Whilst these tales surrounding the film lent it more gravitas than it may have had otherwise, it is still the story that stands out. There is a deepening of theme here, with Miyazaki keen to be taken seriously as a filmmaker. He asks some very serious, fundamental questions about humanity’s relationships, not just with one another, but with the environment, the past and the future too.

It also challenges typical notions of Japanese history, in that it offers a “vision of cultural dissonance, spiritual loss and environmental apocalypse”. It chips away at the myth of Japanese people living “in harmony with nature” and instead shows us a gradual shift towards modernism, and all the complexities that lie within. There are no simple villains and heroes. It has a “new sensibility… never seen in animation” (said Billy Crudup who voices Ashitaka) “…something profound to say: that there has to be a give and take between man and nature.” The idea that progress comes at the expense of another.

“So you say you’re under a curse? Well so what, so’s the whole damn world” – Jigo

In a bid to lift his curse, Ashitaka ventures across to Japan to find the origin of the iron bullet that had poisoned the great boar-God where he encounters the industrialised Irontown, at war with the mysterious, forest-dwelling wolf-girl San and her wolf-god family. Led by Lady Eboshi, Irontown is a home for some of the most marginalised amongst society, where she provides safety and work for prostitutes, lepers and outcasts.

The outpost lays out a template for a more harmonious, female-centred vision of society and Japanese identity. Here the female characters are consistently portrayed as smarter and funnier than their male counterparts, and Eboshi herself is a complex mixture of compassion, love, aggression and ambition. 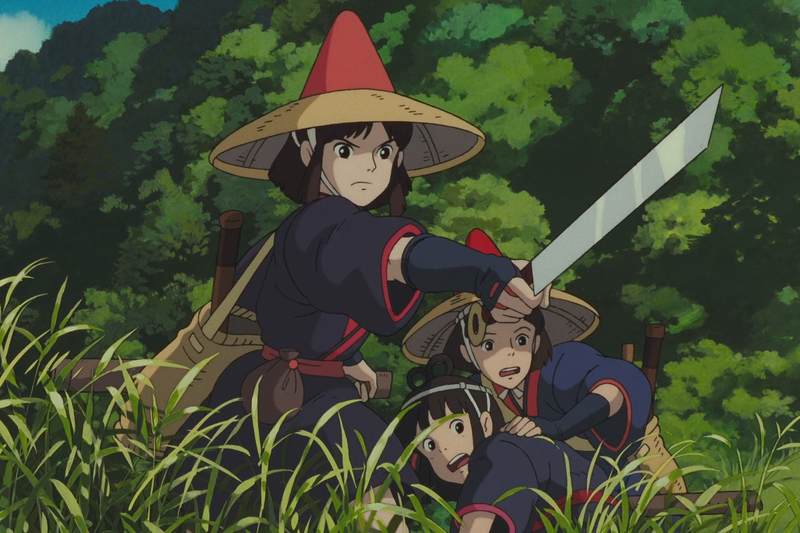 Lady Eboshi wants to defeat the forest god shishigami that dwell in the surrounding forest and slow her progress, but she is thwarted by her nemesis, the titular princess San, who is intent on defending the forest and her wolf family at all costs. Eboshi’s destruction of the forest is matched by San’s willingness to attack innocent people. Perhaps a nod to the unforgiving, brutality of nature. There is certainly a sense of being at an ideological crossroads here too, where Eboshi fears San and the devious servant of the Emperor, Jigo, much more than she does the forest spirit.

“I can deal with Forest Gods, it’s humans I’m worried about” – Lady Eboshi

As the story reaches its apocalyptic conclusion, the forest’s magical, wild beauty provides the perfect setting for an epic confrontation between forest gods, boars, wolves, soldiers, Jigo, San, Ashitaka and Lady Eboshi. Nobody emerges victorious nor unscathed. The brutality of progress is as inevitable as it is costly.

But filled as it is with violence and vengeance, even in the midst of all this there are still things that make “life worth living…marvellous encounters and beautiful things still exist.” Miyazaki eschews the temptation to dive headfirst into nihilism, instead crafting a beautiful and powerful story that offers hope and promise alongside destruction and loss. And it looks pretty damn good doing it.