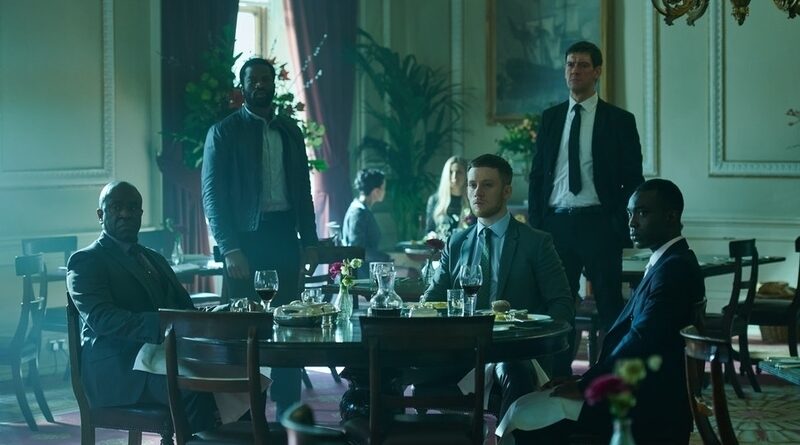 Welsh director Gareth Evans changed the face of contemporary action cinema with his dazzlingly violent The Raid films. With Gangs of London, he shifts focus from Indonesia’s criminal underworld to Britain’s crime overlords, in a brutally captivating 9-part series for Sky.

The title may seem familiar, since this show has been adapted loosely from the 2006 PSP game of the same name. As creator, alongside his long-term collaborator Matt Flannery, Evans has transformed the video game into a new beast – functioning as a near-ten-hour epic film as much as episodic television.

In the action world, Evans has continued to be the man of the moment for around ten years now. If 2009’s Merantau was a cult hit, 2011’s The Raid made him a superstar, with a stripped back narrative making an ideal platform to showcase his kinetic, breath-taking choreography. The success was shared with his lead actor and martial artist Iko Uwais, concluding their loose trilogy together with 2014’s The Raid 2.

At two-and-a-half hours, that film was bloated with plot intricacies stacked between the increasingly virtuoso fight sequences. Clearly, Evans was brimming with ideas that struggled within the limits of a feature film. With Gangs of London, the space to breathe allows the narrative to engross as much as the action – possibly the series’ greatest achievement.

The main concern with a creator of Evans’ notoriety is that audiences would simply want to fast-forward to the fights, which are undoubtedly his signature as a filmmaker. Barring a feature-length first episode that sags a little under the weight of establishing relationships, the characters earn your attention with increasing intensity.

This deepening of character rapidly makes you care about what is being fought for, rather than simply enjoying the carnage. Joe Cole (Peaky Blinders, Black Mirror) stars as Sean Wallace, the new head of London’s leading crime family following the assassination of his father Finn. 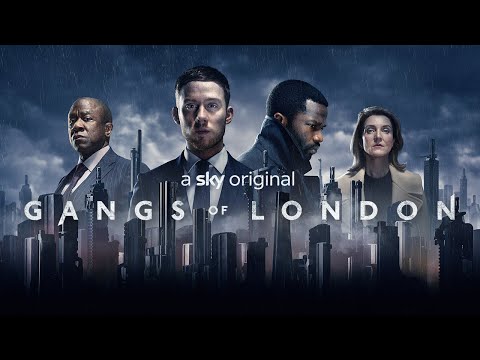 The youthful hot-headedness of Sean’s premature premiership exacerbates a power vacuum, fielding challenges from familiar “friends” and shadowy foes. At the core of this is tension between the Wallaces and the Dumanis, a parallel family of close collaborators in growing the Wallace empire, headed by patriarch and Finn’s confidant Ed (Lucian Msamati – superb).

Through its complex network of crime lords, the narrative explores the multiculturalism, corruption and inequality propping up London, and by implication international economies. It shows the slick faces and grotesque behaviours of extreme wealth, while dramatising the stakes required to achieve and maintain it.

Moreover, it manages to do so in a way that is both gripping and refreshing. After the initial heavy lifting of who’s-who, we dig deep into psyches to establish rounded characters that you’re invested in, while being consistently repulsed by. Nobody keeps their hands clean; we see how and we know why.

The action itself is on another level to anything else on TV, and frankly the vast majority of cinema also. Evan’s dynamic style punctuates the series, as he directs every action scene in episodes otherwise helmed by Corin Hardy or Xavier Gens. You’re never far from an enormous punch-up or shoot-out, utilising anything from axes to ashtrays, with one extended coastal siege being a spectacular standout.

Credit to the cast for realising these extraordinary feats, with Sope Dirisu bearing much of the brunt as undercover cop Elliot Finch – another star in the making. The ensemble is universally rich, leaning heavily on theatre backgrounds to instil criminal gravitas. Pleasingly, the cast is balanced – crime is not depicted as solely a man’s world, but due attention is given to the women equally responsible – Finn’s widow Marian (Michelle Fairley), Kurdish drug-lord Lale (Narges Rashidi) and Ed’s daughter Shannon (Pippa Bennett-Warner) all excel.

Evans has stated that he did not set out to make a social commentary, given the heightened action. Rather than limiting the series, it provides freedom to explore extremes. Yes, credulity is consciously strained and by the end we’ve seen networks and buildings collapse. Yet, all the while engaging serious emotional and societal weight in exploring just how dirty money can get. Tune into Gangs of London for the action; stay for the drama.

Gangs of London has been airing weekly on Sky, but all episodes are available on Now TV… now.