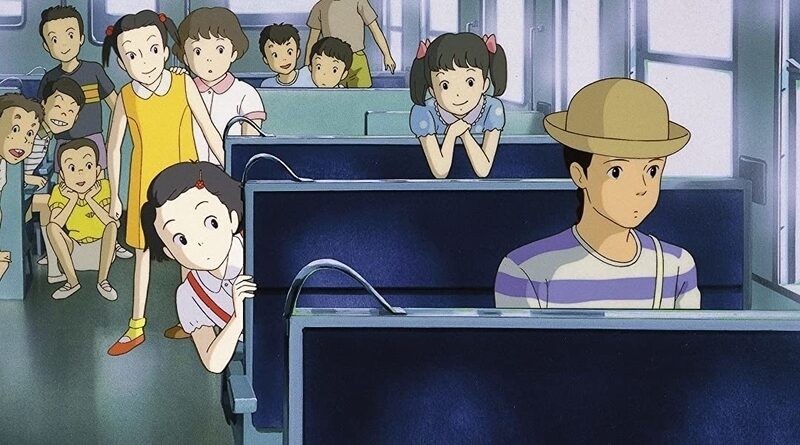 Critically appreciated but criminally underseen by most self-confessed Studio Ghibli fans, studio co-founder Isao Takahata’s Only Yesterday is a tender tale of self-discovery.

As opposed to the well-loved fantasy worlds of Hayao Miyazaki, Takahata is the man behind some of Ghibli’s less recognisable but equally notable works (Grave of the Fireflies, Pom Poko, The Tale of Princess Kaguya). In Only Yesterday he bridges the gap between that first coming-of-age, coloured by puberty, emerging sexualities and rebelling against one’s surroundings, and the less documented and more drawn-out coming-of-age which comes with choosing one’s path later in life.

It is 1982, Taeko is twenty-seven, unmarried, living and working in Tokyo where she has spent her whole life. In an attempt to find some direction she returns to her sister’s in-law’s safflower farm in rural Japan where she spent a childhood summer. It is on a sleeper train to Yamagata that Taeko begins to meditate on her past. Takahata confidently drops us into her memories of 1966 for the first of a series of vignettes which meander through Taeko’s formative years. Throughout her trip, Taeko is reminded of moments from her past as she prepares to make decisions about the future.

The animation in her memories is slightly different due to the 1982 scenes being animated after the voice-recordings, an anomaly for Japanese animation. This has the effect of ‘ageing’ Taeko’s memories, contributing to the sweet summer-in-the-city tone akin to Whisper of the Heart. The scenes of Teako’s childhood are based on Omohide Poro Poro (or Memories Come Tumbling Down), a fictional manga memoir notorious for its nostalgia. It is Takahata’s reframing of this material which sets up Only Yesterday as an effective cinematic Bildungsroman, allowing Taeko brief narrations and musings as the memories are dredged up. 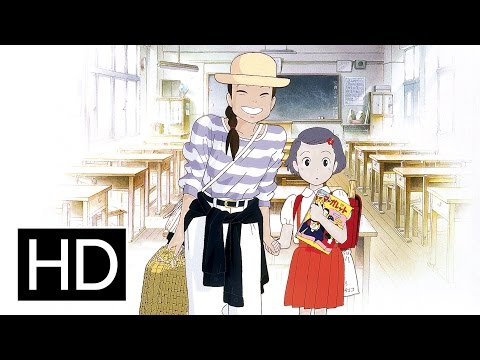 For Taeko, childhood is characterised by grades, family and her gender. The matter of womanhood is a constant presence (in an interesting inversion of tired East/West binarism, the film was held back from US release for twenty-five years for its references to menstruation). Working on the farm, Taeko feels a connection to the generations of women who have harvested safflower before her, finding a new appreciation for the physically strenuous work.

The parity of farm work also provides balance, the age and gender-based hierarchies that play out in the childhood scenes feel distant as everyone is expected to pitch in with the harvest and take care of the household. Yet, when her sister’s mother-in-law makes a suggestion about Taeko’s potential as a wife and mother, the balance she has found in her cursory experience of rural tradition is thrown off, causing Taeko to criticise her plucky dreams of country life.

Only Yesterday is clearly in praise of rurality and tradition. Whilst her city life is a product of Japan’s heavy urban drift in the 1960s, Taeko’s appreciation of nature and the system of balance between farmers and their crops is a nod to the Japanese Shinto belief system. Japan’s cities did a lot of growing in the late twentieth-century, and the disparity between the urban and the rural has been growing clearer ever since. By bringing urbanity and rurality into proximity Takahata points a cautionary finger at the chasmic direction Japan heads in. Tokyo is by no means demonised, but the perspective that Taeko gains by disengaging with the pace of city life is what ultimately allows Taeko to gain perspective, revisit herself and seek a gratifying future. 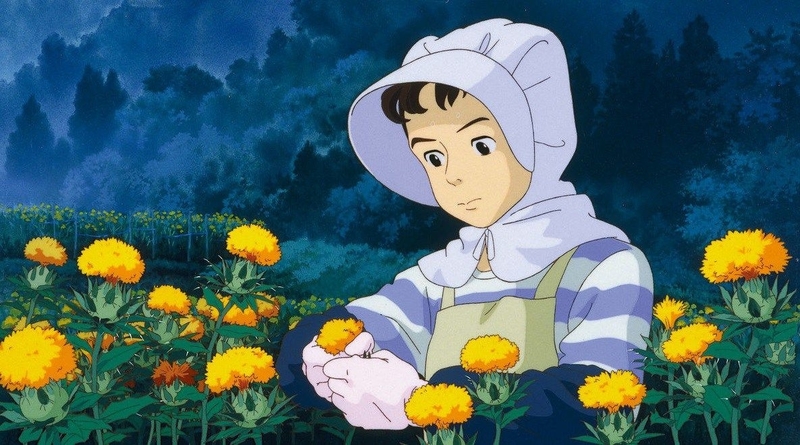 In Takahata’s hands, pastoral landscapes become a place of revelation

As per Studio Ghibli, the Japanese setting does not mean there is no room left for European influence: Only Yesterday is unexpectedly littered with Eastern European themes. Yamagata Prefecture feels worlds away from Tokyo, accentuated by the Romanian and Bulgarian folk songs described during one scene as “farmer’s music”. The already romantic establishing frames of the Yamagata portions are elevated by the traditional folk songs which reappear over landscape scenes throughout.

The unexpectedly successful coupling of traditional Eastern Europe and 1980s Japan is typical of Studio Ghibli artistry. Even the untranslated lyrics of the songs—about farming, harvest and marriage—are alarmingly apt for Taeko’s journey. Setting this film to a folk melody contributes to the sentimental air of a film which is draped in bittersweet nostalgia for childhood, for simplicity and for a time before.

Ultimately, Takahata’s is a tender story about womanhood which prizes going backwards to go forwards, delving into oneself in order to grow. In a time as stagnant as this one, taking a moment to look back might provide us with some much-needed perspective. Failing that, meeting cranky and cute young Taeko or escaping to rural Japan can never be a bad thing.