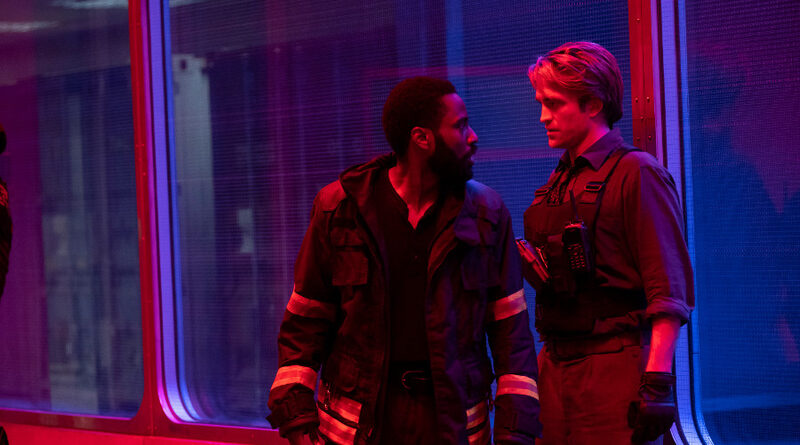 If you care to navigate the needless convolution, there’s excitement to be had at the centre of Nolan’s latest. Consider the health risk implications before visiting your local cinema.

The space that writer/director Christopher Nolan occupies within the film industry is a fascinating one. A scant few directors have the carte blanche access to the resources that he has, and of those that do, only James Cameron has planted his flag in the four quadrant blockbuster. Unlike Cameron, however, Nolan has largely eschewed broad emotionality in favour of highly mechanical puzzle boxes, and Tenet is no different. Much of the satisfaction in watching comes from recognising how the component parts fit together and fold back on each other, although the pieces don’t always move as harmoniously as they have in the past.

The story follows the recruitment of a CIA operative into a clandestine organisation tasked with fighting a cold war against the people of the future who are influencing the present through time travel. It’s a high concept premise but Tenet is largely uninterested in the headier implications, and the plot functions as little more than a framework for a series of heist sequences that continue to escalate in complexity.

Nolan’s dogmatic resistance to using CGI is evidenced by how relatively grounded these heists are, something which works in the film’s favour by maintaining clarity of action and increasing the impact of the spectacle when it is deployed. This is particularly apparent during a prolonged hand-to-hand combat sequence halfway through the film that combines frantic action with calculated weightlessness to striking effect.

One cannot talk about Tenet, though, without discussing the primary means by which the complexity of the action ramps up: the mechanics of inverted time. The quirk here is that certain objects and people are moving backwards through time and therefore the cause and effect of their interaction with the environment are reversed. This is all explained rather unconvincingly early on, punctuated with the playful nudge, “don’t try to understand it”.

Tenet feels like a distinct departure from Nolan’s previous films in that it has much more faith in the audience to grasp the inverted time mechanics by way of demonstration rather than dry exposition. While this is a clear evolution of Nolan as a filmmaker, it means that the audience’s ability to follow the action at the tail end of the film is predicated on how quickly and easily they can conceptualise nonlinearity, which can be challenging. As such, it is the sequences in the film’s second act that hit the appropriate balance between being intricate, thrilling and clear. 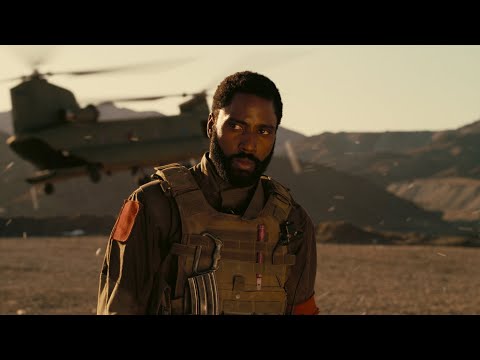 Tenet is a rather lean film, the focus on the intricacies of the heists leaving no room for complicated characterisation. Our hero is simply called ‘The Protagonist’ (John David Washington) in a nod to his almost perfunctory nature. With no personal connections to the world around them, The Protagonist and his colleague Neil (Robert Pattinson) are concerned with nothing except the task at hand, focusing our attention there as well. In lieu of much interior life for the characters, Washington and Pattinson compensate with a low key charisma that makes them compelling. Pattinson in particular finds an almost foppish swagger that does a lot to elevate the material.

That’s not to say, however, that there is no emotional core to the film. While tracking his mysterious enemies, The Protagonist encounters Kat (Elizabeth Debicki), the wife of crime lord Andrei Sator (Kenneth Branagh) who wields his power to imprison her in an abusive relationship. It is the extrication of Kat and her son from Sator’s grasp that generates some more tangible stakes for the film’s climax. This proves to be necessary as the ostensible stakes—prevention of the whole world’s time being inverted—are so nebulous that the film seems actively bored when explaining it.

However, Nolan’s films have always been more comfortable with the clinical than the intimate, and the horror of Kat’s situation is perhaps too understated. Debicki understands this well though and powerfully portrays Kat as a woman slowly daring to find herself again, having had her personhood systematically eroded. It is her performance that does a lot of heavy lifting with respect to providing this emotional core.

Despite Tenet’s gestures that protecting the sanctity of family provides the justification for all the skullduggery, the film has little use for personal relationships as anything but an Achilles heel for the stoic men at its centre. This poe-faced chivalry runs through almost everything Nolan has made, although it could be argued that Kat’s rebelling against being merely symbolic of her husband’s status represents a note of self awareness.

Fortunately a little thematic stiffness does little to dilute the genuine thrills of the carefully crafted action sequences. It is rare to see a blockbuster that genuinely demands this level of attention and that has the technical skill to pull off multiple high concept sequences. Its complexity will likely prevent Tenet from being as widely adored as Nolan’s past crowd pleasers, but it remains a highly impressive display of craftsmanship.

Tenet is showing in cinemas up and down the country now. Stay safe, and if you or anyone you know is at risk, stay home. No film is worth endangering your health.