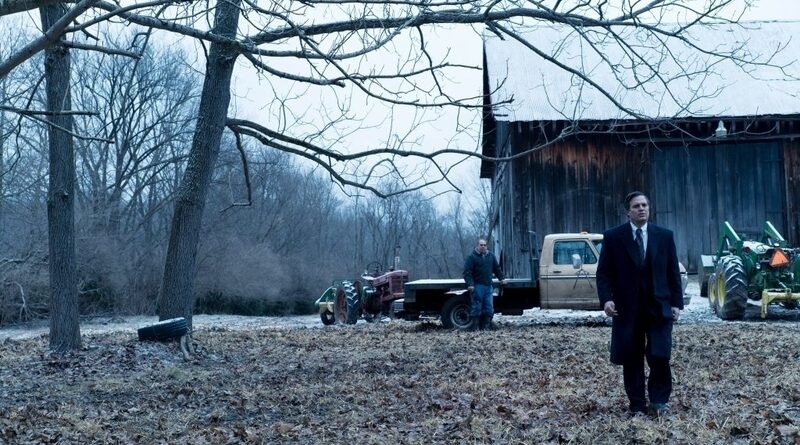 The idea of the little man uncovering the wrongdoings of the big man is one of cinema’s favourite obsessions. The stacked boxes full of paper, the furrowed brows and the cold gleam over everything in sight is somehow one of the best recipes for an entertaining watch Hollywood has to offer.

This time, little man Robert Bilott (Ruffalo) is a lawyer (who incidentally defends chemical companies) trying to take down chemical giant DuPont on behalf of a disgruntled farmer. Putting his career on the line and sidelining his family for years, Bilott becomes increasingly disturbed by the way chemical companies risk the lives of the public for the sake of money.

Now, the procedural nature of the investigative thriller may seem like a weird place from which to exercise your romantic, decadently oppressive style. Todd Haynes usually works with characters troubled on a deeply personal level, struggling to contain their inner conflicts within the domestic setting and looking to find a vehicle in which to find peace with their intimate anxieties. Haynes’ style allows these characters a glamorously maudlin backdrop, drenched in a dreamy yearning; pleasing to the eye and tender on the heart.

It’s difficult to see, then, how a film like Dark Waters would suit Haynes. The procedural genre is inherently gloomy, intrinsically workman-like, both things that don’t bring to mind the painful haziness of Safe or the warm heartbreak of Carol. How then, does a director with such a light touch and tender sensibility, tackle the gritty formalism of a corporate law drama? Well, as well as recruiting the ever-reliable, ever-determined Mark Ruffalo, you make it beautiful.

From the cold, glassy skyline of Cincinnati law offices to the harsh, frosty farms of West Virginia, Haynes brings a sallow beauty to Dark Waters. The renowned grey/pale blue palette of the investigative drama is still here, but Edward Lachman’s cinematography brings with it a gorgeous, throbbing hue that smooths the harsher edges. 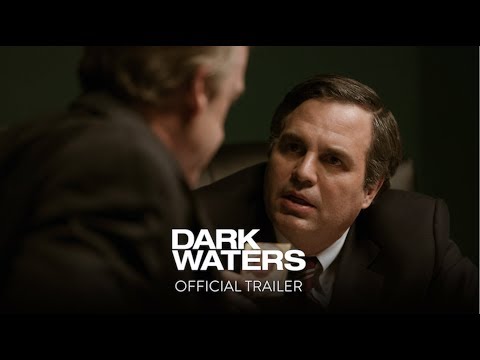 Haynes also manages to get his teeth stuck into more familiar ground, just on a grander scale. Bilott is an obsessive character, riddled with class shame, diving into a seemingly unwinnable case that can only induce guilt. He’s ambitious, which for a lawyer, would suggest a degree of personal greed. As Bilott continues to wade through darker and darker waters though, his ambition turns into something that more closely resembles responsibility on behalf of the public. His infatuation with DuPont’s evils distances him from his wife (Anne Hathaway) and children, bringing on a pain that acts as an added weight to the scales of justice.

Capitalism’s disregard for public safety and its unashamed dodging of responsibility is at the heart of Dark Waters. It’s the cold-blooded engine of what drives people to a place of despondence and defeatism and it’s the reason films like this work so well. We can sit back and watch someone else’s struggle to see wrong done right and be gripped by the sheer unbelievability of capitalism’s brazenness in the face of suffering.

Dark Waters balances all of this with Todd Haynes’ desire to find something to hold close to the heart. He’s found a sweet spot between All the President’s Men and All That Heaven Allows. It’s nice to know that even though we have this dependable, formulaic genre, people are still working it into their more stylistic fundaments. It’s a genre that can be moulded to suit auteurs and even bring an edge to more fervid filmmakers. You may think you’ve seen Dark Waters before, but you’ll sure be glad you saw it again.

Dark Waters is on wide release now, or you can read the NY Times piece right now. Warning: you might not look at your water the same way again.