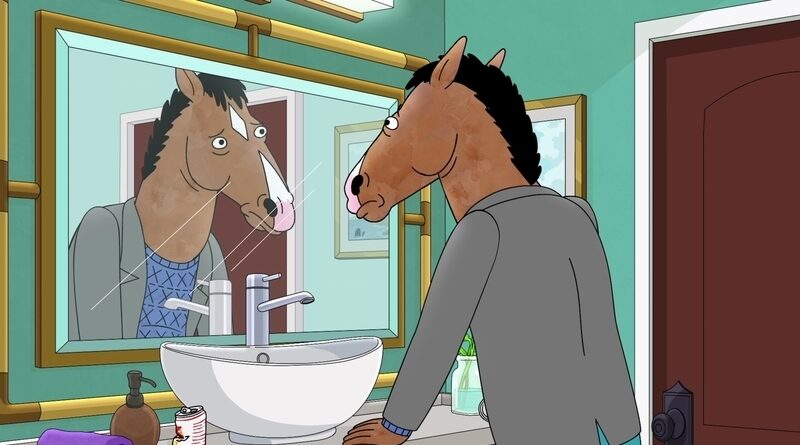 A horse walked into our lives and changed it forever. As BoJack Horseman comes to a bittersweet end, we review the sixth and last season.

Much has been made of BoJack Horseman being an anthropomorphic avatar of troubled Hollywood tearaways like Charlie Sheen and Andy Dick. However, as the final season comes to a devastating close, the eponymous star seems more like OJ Simpson.

The similarities are there. There’s the illumination derived from fame and fortune. The searing sense of entitlement. And, most significantly, the alienation and emptiness after a life strewn with litanies of crime, contraband and carnage.

Before Simpson controversially escaped jail in 1994, his sports agent Mike Gilbert gave him a reality check. “Imagine that there was an earthquake or a fire, and everything was destroyed, and all that you got out with was your friends, your family, and your children. You’d be so happy and thankful for what you had. And that’s what we all have to do now; we have to just be thankful for what’s left.”

Only BoJack Horseman almost lost all of that, too.

For six sensational seasons, BoJack has been the OJ of animation. He’s catalytic. A compound that does not change but changes everything it comes into contact with, sometimes explosively.

Each character within the BoJack Horseman universe has felt the sting of BoJack’s misanthropy. In Season Six, everyone in BoJack’s life has moved on, but they’re still willing to remind BoJack of the good – and bad – times. 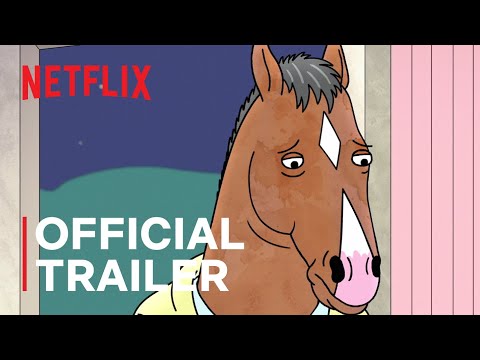 When Todd turns BoJack away from the former’s housewarming party, their conversation simmers with shared history. It’s a savage sign of switched dependencies – suddenly, BoJack is at the mercy of a friend that’s well and truly outgrown him. But when they share a sweet moment on the beach, it’s a strong reminder of Todd’s simultaneous growth and naivety.

Mr Peanutbutter is finding solace but still fires out pop culture references. Princess Carolyn and BoJack dance together, the great loves of each other’s lives that did the right thing and let one another go. As for the rooftop rendezvous with Diane, where her and BoJack have shared many a heartfelt moment, there’s a mix of stinging resignation and silent hope.

For all of BoJack’s newfound sobriety, his quest for the quiet life, his road to redemption, the cracks remain. It’s there in his seething riposte to try and take down the journalists out to expose his indiscretions. It’s there in his slowly rising glee at bullshitting scenes for his comeback movie.

And it’s there in the season’s most pivotal moment, the apology interview.

BoJack is an addict. But forget the drink and the drugs – his biggest addiction is to himself. And it’s the one affliction he hasn’t tried to treat.

It’s why he turns a triumphant, albeit hollow, mea culpa into a career-ending epitaph. His initial interview runs through the glossy gamut of remorse, restitution and realisation. Suddenly, BoJack is redeemed. People are stopping to congratulate him. Lattes come free of charge.

Then he has to go back for more.

BoJack can’t resist the glow that fame exudes. When Princess Carolyn wisely rebuffs another interview, BoJack pushes for it. A chance to extend the elation. Of course, it all goes horribly wrong, and within seconds BoJack has lashed out with ugly conviction.

It’s this conviction – that the world is shitty, therefore he has to act shitty – that has blighted BoJack from the beginning.

As one has always suspected, perhaps the most important episode of the BoJack canon is ‘The Telescope’. It provided us with BoJack’s journey from shy stand-up comic to sour celebrity, with erstwhile best friend and Horsin’ Around creator Herb Kazzaz thrown under the bus during the process.

It also gave us one of our first glimpses into BoJack’s lust for fame and dangerous rationalisation. Herb’s presence is felt throughout the final season – their tentative steps into fame, Herb’s unfair dismissal, the underlying feeling BoJack wouldn’t have changed it even if he could have.

“You never get a happy ending, ‘cos there’s always one more show,” BoJack lamented in Season Five. This turned out to be a fantastic piece of foreshadowing.

Like OJ before him, BoJack’s bridges have mostly been burned. OJ believed he’d get it all back in spades. BoJack, to his credit, is not so sure.

For a show so synonymous with California, one always felt surprised that they never sought the sounds of Counting Crows (another outfit so intrinsically linked to the Golden State). On the closing song from their last album, Adam Duritz sings: “the worst part of a good day is hearing yourself say goodbye to one more possibility day. It goes on and on.” Seconds later, he sighs: “I’ve got to get out of L.A.”

Both could apply to BoJack. But as Diane so glibly but wonderfully says in those closing moments, “life’s a bitch and then you keep on living.” For a show like BoJack, there could never be a more fitting final statement.

Farewell, BoJack Horseman. It really was nice while it lasted.

You can stream BoJack Horseman now on Netflix, from season 1 all the way through to the bittersweet end.