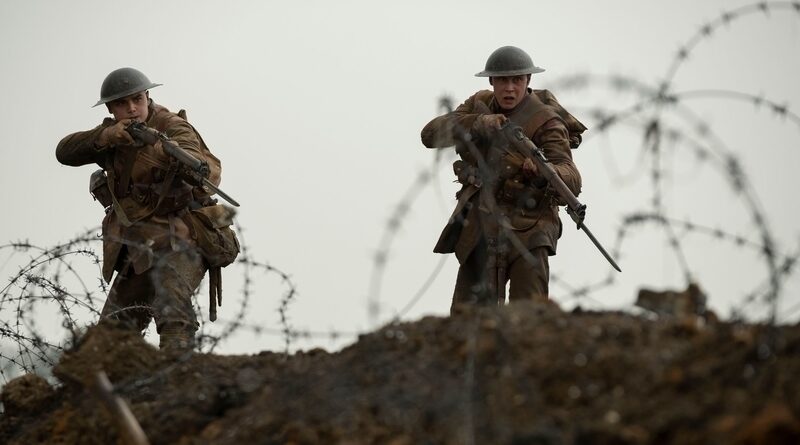 1917 feels a little bit like an outsider crashing a party and then turning out to be the most fun person there. With cinemas crowded with the tail-end of Christmas blockbusters (Star Wars, Jumanji, The Gentlemen) and increasingly Hollywood “prestige” pictures (Little Women, Jojo Rabbit, er… Cats), 1917 is a shock to the system. It marvellously straddles both camps, offering a heart-thumping wartime epic and a truly impressive creative endeavour that has already garnered awards and nominations aplenty.

This is particularly heartening given that, as opposed to most of what’s otherwise clogging up screens, it feels wonderfully homegrown. It’s the story of two young British soldiers in can-you-guess-what-year of the First World War, who are set on a mission to deliver a message that could save the lives of nearly two thousand men. Though set in France, it was filmed domestically, with Glasgow, Oxfordshire and Salisbury among key locations.

Sam Mendes, originally from Reading, directed and co-wrote alongside Glaswegian Krysty Wilson-Cairns, inspired by Mendes’ grandfather’s stories and their shared history buff-ness. Mendes is something of a national institution, as a director of some of the best and most notable British film and theatre of late, including the last two Bond films Spectre and Skyfall, and huge West End hits including The Lehman Trilogy and The Ferryman. To boot, if there’s one thing British cinema loves it’s a ripping war movie. 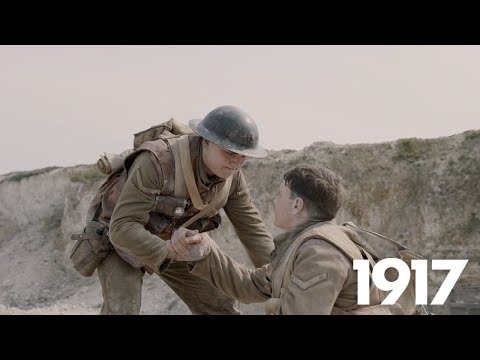 Building on this, the film has a winning array of supporting actors, seemingly cherrypicked from the very best on our screens. Turning up variously throughout we have Colin Firth, as the man who sets the boys’ objective, Mark Strong, Richard Madden, Benedict Cumberbatch and a deliciously cynical turn from the hottest priest around, Andrew Scott. Really, it feels like a greatest hits of the UK screen sector.

Which is why, perhaps, it isn’t the most exciting prospect. It feels like familiar territory with the usual faces and therefore a safe bet, for audiences and for awards voters who feel uneasy about the likes of Tarantino, Joker or women in general. Add in that the two leads Blake and Schofield are played by relative unknowns, Dean-Charles Chapman and George MacKay, and the whole thing rides on the gimmick that it’s shot to look like one continuous take.

And then you watch it and are absolutely blown away. First-things-first, the big “one-take” talking point is moot. According to Editor-extraordinaire Lee Smith “The shots lasted anywhere from 39 seconds to six minutes”, with all kinds of trickery to mask cuts, including one sort-of intermission when somebody loses consciousness. None of this really matters, as very quickly you forget that this is unusual or at all distracting, to the point that afterwards you get annoyed with other films that comparatively cut madly for no good reason. 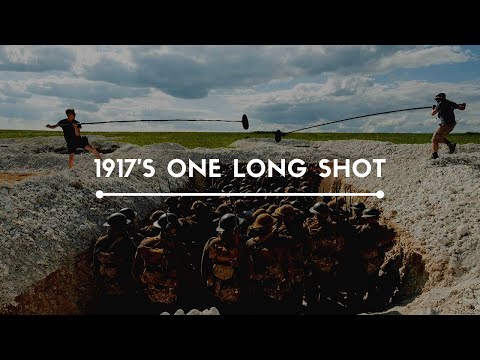 The effect of the “one-take” style is to completely immerse you in the experience. Never has a film put the viewer in the trenches in such a textural, horrifying way, following the pair’s POV as they traverse no-man’s land, encountering enormous rats, brutal conditions and the ubiquity of death in such dire circumstances. In this way the film does feel slightly episodic, moving from one challenge to the next, while the camera suggests a video game-style embodying of the heroes’ peril.

In spite of this, 1917 succeeds in avoiding contrivance. As two hours of a never-ending list of life-threatening incidents, this is quite an achievement. By comparison, I point to Christopher Nolan’s Dunkirk, similarly a World War mission-based movie that plays with time as a major narrative element. Where 1917 succeeds in feeling organic and emotionally true, despite the absolute stripping back of historical depth, Dunkirk overwhelmed itself by chopping between timeframes and forcing unnecessary contrivances to sustain its shorter running time.

1917 is a coalescing of players at the peak of their powers, with Mendes and his cast bolstered by legendary cinematographer Roger Deakins, capturing hauntingly magnificent landscapes throughout, and Thomas Newman’s surging, powerful score. It may not be the most original prospect, but 1917 delivers an overwhelming, emotional journey through WWI trenches that shows a new way of telling old stories.

You can immerse yourself in the spectacle now at The Electric Cinema and The Mockingbird in Birmingham.