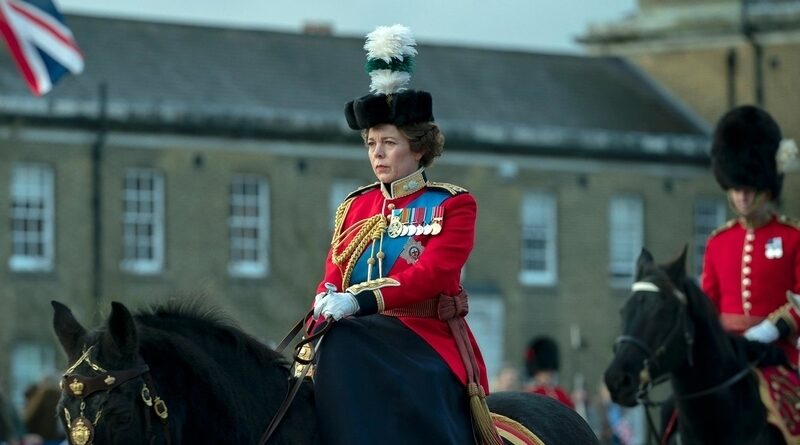 Now in its fourth season, The Crown serves us a blockbuster era of Royal dramatic tragedy, with plenty of divine retribution to boot…

So many of us are living in a constantly agitated state, with many of the most basic factors of our existence held in the balance by the pandemic. In these times, wealth, power and security are a distant, unattainable dream – so why then have we flocked to our TV screens to watch the embodiment of the establishment, in watching Netflix’s latest season of The Crown?

The answer is two-fold. Firstly, this is one of the only seasons of The Crown thus far that covers events that remain in the living memory of most, if not all, of its viewership. Parents regale their teenage years under Thatcher, as millennials relive their own adulation of Diana, both as ‘The People’s Princess’, and as the style icon whose fame has only increased posthumously.

However, nostalgia cannot be touted as the sole reason for the show’s popularity, with The Crown drawing on public rather than personal nostalgia. Instead, this particular series pulls back the curtain on the glamour of monarchy, revealing a grotesque depiction of how individuals suffer as a result of callous self-preservation. This all ends up culminating in a much-needed bout of divine retribution.

In season 4 of The Crown, divine retribution plays out in a number of ways, but essentially boils down to the same story arc: people with immense power and privilege being ousted, either suffering due to their immense status, or using their status to inflict suffering onto others. We see Charles continually return to a doomed affair, with Diana centred as both a victim and an object of jealous desire in her public and private life.

We see the Queen as a fully realised person, rather than just a figurehead, as she continually reflects on failures and successes, both in her motherhood and her rule. We see how this self-doubt reverberates through the household, as the royal children reconcile their own positions, seemingly lost in the grandeur of their titles, but unable to truly find purpose and meaning beyond them. In this way, The Crown feels almost didactic, attempting to hold a mirror to the perverse pedestal upon which the monarchy rests.

In seeing tragedy play out in an immensely privileged group of people, the tragedy is stifled by a quiet feeling of deservedness. In a time where all are suffering, it feels somehow fitting to see the elite suffering in ways we’ve experienced in our lower class lifetimes. However, it is undeniable that the rich are given a far more complex and stylised version of events, perhaps precisely due to their privilege. For example, when someone has an affair in our social circles, there is gossip and outcry contained within that small circle. When someone has an affair in the royal family, it becomes endlessly debated.

This is where the tension of The Crown’s existence lies — between truth and artistic interpretation. In documenting history in this way, one can only use the events as they happen, filling the gaps with the emotions of key individuals. Although many of the events may be foreign to viewers, it is the feelings which resonate, making Diana the heroine, locked in the prison of monarchical duty.

Monarchists have sprung upon this debate, between truth and artistic interpretation, with many attempting to swiftly report “the truth”, particularly in relation to Diana. The Telegraph, a famously right-leaning publication, labelled it “a disgrace” due to its harsh treatment of Camilla and Charles, critiquing small inaccuracies, desperate in its attempts to discredit the artistic value.

It’s perplexing to see publications that benefit from freedom of the press chastising the series, as if show creator Peter Morgan owes the British monarchy praise. The monarchy belongs to the people, and as such, should be able to withstand discourse around its existence, successes, and failures. Laying bare their sufferings and the truth of their imperfect nature does a lot more to achieve relevancy than artistic censorship.

All of the characters in The Crown suffer in a myriad of ways. However, the extent to which they did, and the extent to which that can be justified, will be debated. The series undoubtedly marks a shift within the artistic portrayal of monarchy, as we see Morgan transcend the dutiful positive portrayals of The Queen and royalty alike. All of this culminates in a series which is able to deliver both sympathy and divine retribution, demonstrating the imperfection of the establishment, in a time where the establishment has never felt more distant.

If you fancy a bit of monarchy-induced schadenfreude, all four seasons of The Crown are currently streaming on Netflix.