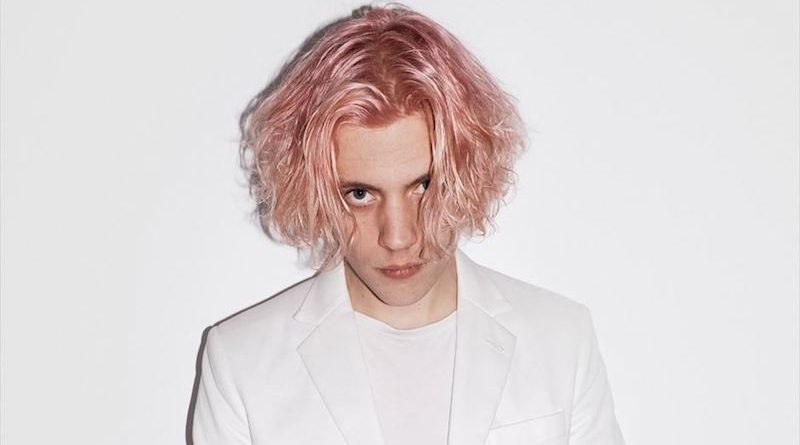 Fresh from the release of his brand-new single Thank Lucifer – available to stream now on Spotify – which marks the end of a one-year hiatus of his recognised garage punk incarnation, and introduces his new musical direction, VANT announces his return to touring – which includes an intimate show at venue 2 of the Hare & Hounds in Birmingham.

irst catching the attention of Parlophone Records in 2015, with the release of his debut single Parasite on his own label Dumb Blood Records, VANT quickly gained a reputation for his captivating melodies and furious live performances. The two years since saw extensive touring, including mainstage performances at Reading&Leeds, Governor’s Ball and Lollapalooza, as well as a sold-out show at London’s Electric Ballroom and the release of his debut album DUMB BLOOD. The album received widespread critical acclaim, grabbing the attention of BBC Radio 1 with five singles The Answer, Parking Lot, Fly By Alien, Karma Seeker and Peace & Love all receiving premieres on Annie Mac’s ‘Hottest Record In The World’. Not to mention, his intriguing subject matter being picked up by fans all over the globe, with his Spotify amassing over 18 MILLION streams worldwide.

On his return to touring, Mattie explains:

“3 years ago I wrote some songs, put a band together, went out, played lots of shows and met some incredible people. I went missing for a while, I got a little lost and I’m not really sure if I’ve ‘found’ myself or for that matter if I ever truly will. What I do know is, I’ve written some new songs, put a band together and soon, I will go out and play lots of shows in the hope of finding more incredible people and maybe, one day, myself.”

Full list of dates as follows. Tickets are on sale now.