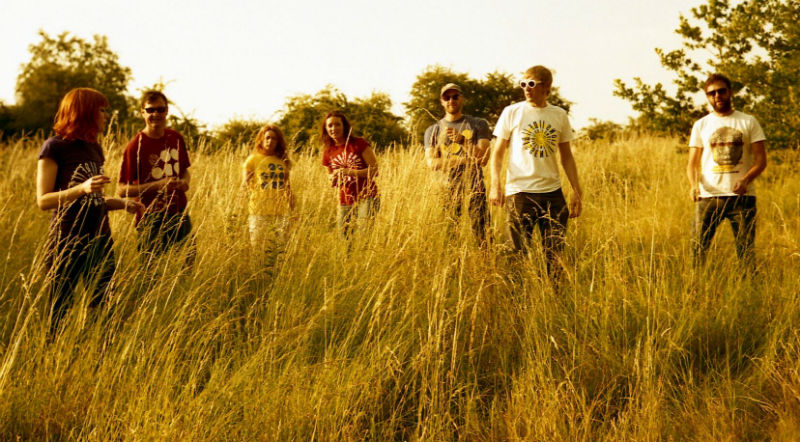 Lions of Dissent are a seven-piece enigma. Their new single shapeshifts from psychedelic indie rock to synth led bangers that hark back to the beautifully nostalgic days of ’08 indie disco.

Lions of Dissent’s tracks always manage to do one thing: completely command you into submission. Their summer release ‘Honey From Hell‘ chanted psychedelic witchcraft, twisting guitars and chanting choruses that encapsulated your mind and whisked you away like some twisted magic carpet ride. Their latest single ‘Turn up The Struggle’ cranks the lever all the way to 10, supercharging their sound with magnifying synth and keys that fire like lasers in the indie raves of yesteryear.

Released on Lion Rebel Recordings, ‘Turn Up The Struggle’ is a “a dream-like parallel musical universe where NYC 79 meets WLV 18” according to lead vocalist and guitarist Tim Baker. A steady beat pulses throughout this anthemic return, whilst Baker ignites the track and takes it higher and higher with vocals that blend both Mod and indie styles. ‘Turn Up The Struggle’ manages to bend both genres and time itself all-in-one sucker punch.

It seems only right that the Wolverhampton-based septet celebrate this release (pushed forward to coincide with a prime spot on BBC Introducing) with a comeback show at Wolverhampton’s The Hummingbird. Lions of Dissent have previously played Birmingham’s The Night Owl as well as The Sunflower Lounge, the latter being a sell out, and knock out show.

Lions of Dissent will play The Hummingbird on Saturday, December 1st, with support from Violet and Bryony Williams.