“These have been the best two weeks of our lives” – claimed frontman Matt Bowman midway through his band’s killer set at The Sunflower Lounge on Wednesday night. When artists say these cliché lines about their crowds being the best or whatever whilst they’re on tour, you don’t always believe them. But with The Pigeon Detectives on Wednesday night, you could clearly see that each one of those band members was well and truly having the time of their life.

Founded in Leeds in 2004, The Pigeon Detectives contributed heavily to the glittering indie-rock scene that dominated British music in the mid noughties. Along with the likes of The Fratellis and The Enemy, The Pigeon Detectives were responsible for creating some of the catchiest and most loveable hits of the times, which made the opportunity to see them at a venue with a capacity just over 100 a golden opportunity for younger fans of the band who missed out on seeing them in the earlier years.

The support act on the night come in the form of local band Cold Ocean Lies. They oozed that indie spark that the likes of fellow ‘B-Town’ bands Peace and Swim Deep have, but they also packed a heavier punch at times in their set which shared characteristics with Sundara Karma. Lots of their material included intricate drum beats accompanied by many funky basslines, which drove many of the crowd to nod and sway along. Despite the band not having any of their music on either SoundCloud or Spotify at present, I’d recommend catching them at one of their shows, as they frequently gig in the city. 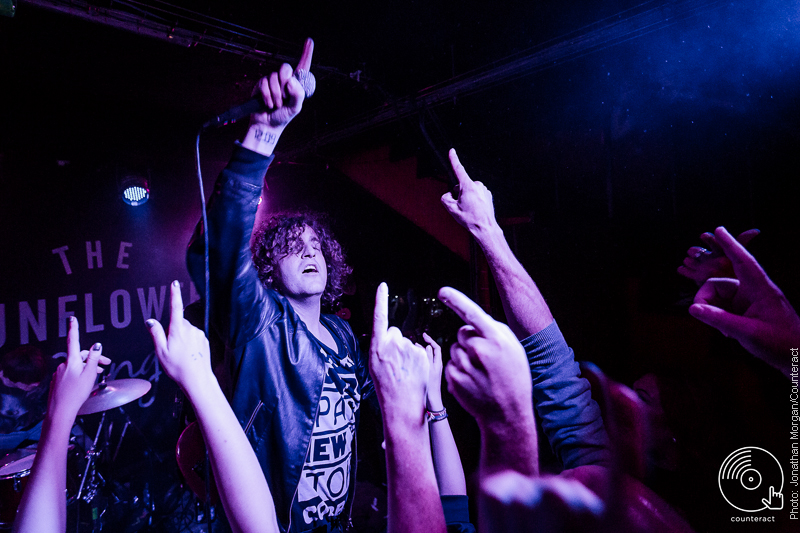 It was then time for The Pigeon Detectives. They boldly chose to open the night with one of their newer tracks, ‘Animal’ – from from their 2013 album, ‘We Met At Sea’. Things soon turned up a notch however, as Bowman addressed the crowd whilst THAT guitar riff from their hit ‘I Found Out’ pounded in the background. The crowd entered ecstasy and surged towards the stage, prompting Bowman to climb atop the PA equipment with microphone in hand, only to throw himself on top of the loving Birmingham mosh. 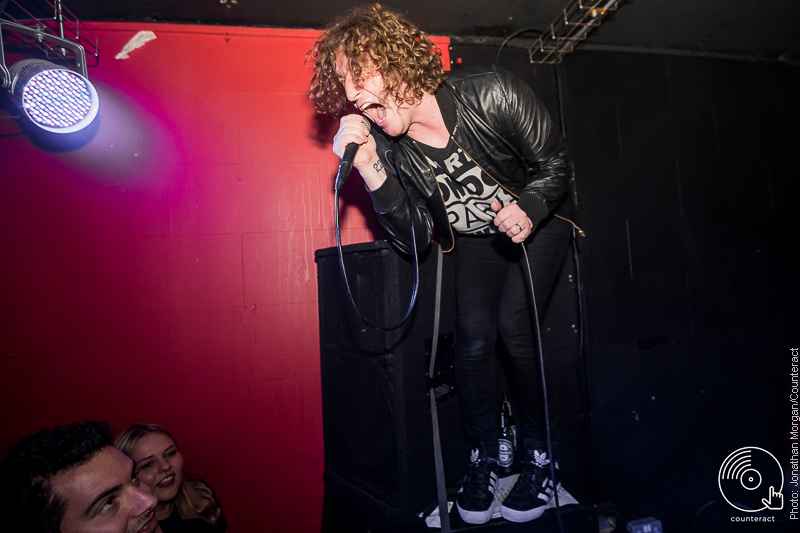 The Yorkshire lads then trialled out a range of new material in preparation of their 5th studio album, which was well received by the crowd, despite the intensity inevitably dying down somewhat. “We are so grateful for all you putting up with this new s***, you don’t know it well yet, but when you do it’ll be great” Bowman beckoned to the crowd, “Normal service will now resume” – as the band proceeded to burst into a collection of hits such as ‘Emergency’ and ‘I’m A Liar’.

More new material was then tested out to the die-hard fans, which with it being mixed amongst tracks from their two most recent and more unsuccessful albums, saw a period of time where the crowd could recover in preparation of the big finale. After playing ‘Everybody Wants Me’, Bowman announced that this would then be the point in the setlist where they’d go off before an encore – however, with The Sunflower Lounge not possessing a backstage, he deemed they’d be no point for squirm through the sweat ridden crowd. 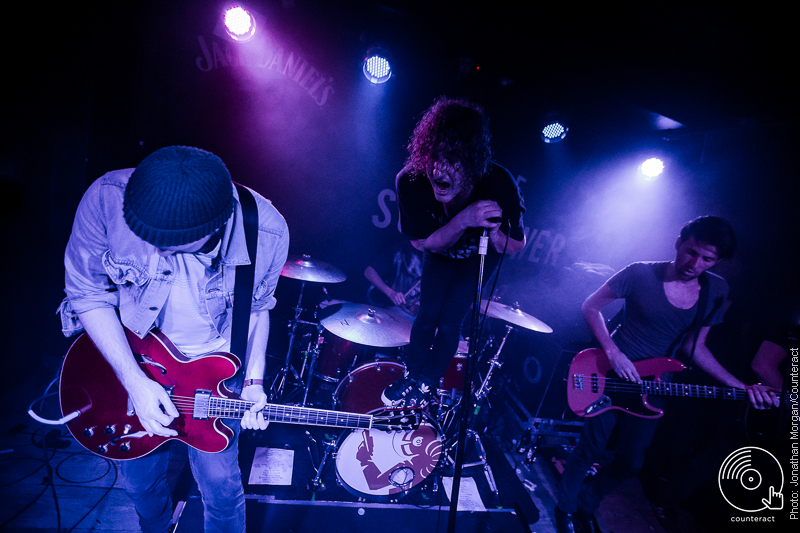 Bowman signed off to the crowd by saying, “It has been a privilege to come back to these clubs, we haven’t played a place this small in 9 years” This was swiftly followed by the instantly recognisably intro to ‘Take Her Back’ – which quite frankly just tore the roof off. It was their final song however that capped the night off in terrific fashion; ‘I’m Not Sorry’ sparked absolute carnage in the venue. Bowman invited fans from the front of crowd onto the stage to take the party to the band, which was inevitably followed by a mass stage invasion. Bowman then once more surfed across The Sunflower, encapsulating the occasion. 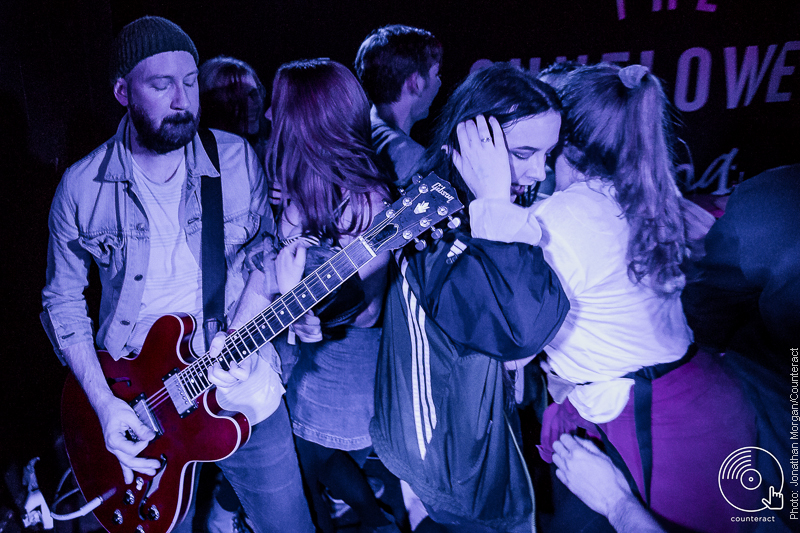 If there is anything to take from The Pigeon Detectives’ performance in Birmingham, it is that they certainly still have it 10 years on from their initial emergence onto the scene. Although they may not produce the kinds of hits nowadays that they did in their early years, they still have a collection of anthems that they can rely on to get them through the next 10 years at ease. 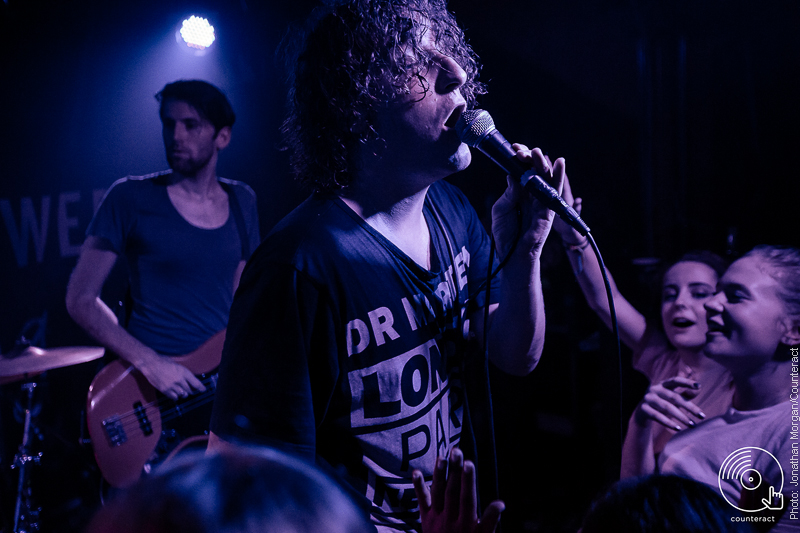 The Pigeon Detectives are back in Birmingham at much larger O2 Institute on 8th March 2017. Tickets can be purchased here.