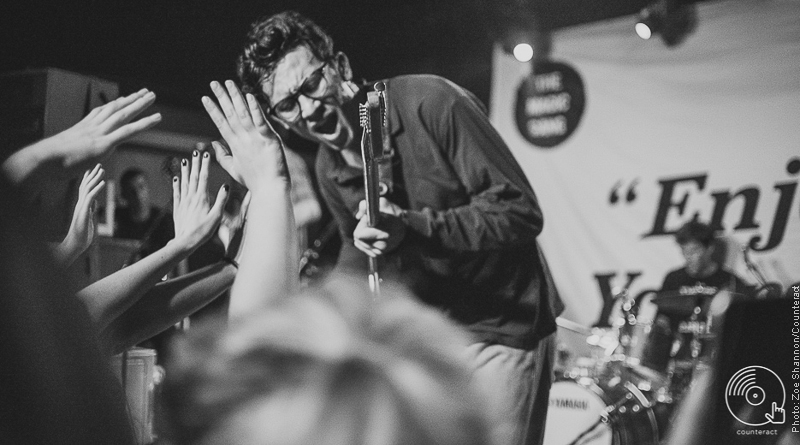 After watching their showing tonight at the O2 Institute, it is no surprise really as to why the almighty Warner Bros. Records have recently picked up The Magic Gang. Their unique and infectiously enjoyable indie-pop sound was relished by everyone in attendance at the intimate venue.

The first support act of the evening came in the form of London based band ISLAND. The soft-rock quartet got things underway in superb fashion by delivering a soothing set full of interesting and intricate songs, however the pick of the bunch was ‘Stargazer’. Released late last year, the record was the group’s first single. Since then, it has went on to attract over 1.6m listens on Spotify. Frontman Rollo Doherty provided a varying range of spine tingling vocals, which shared similarities with those of Kooks frontman, Luke Pritchard.

Babeheaven were next to take to the stage. Also from London, the group brought something different to the table. Fronted by Nancy Anderson, Babeheaven are of the electro-pop genre – yet in their live performance, Anderson was backed with a much heavier performance from her band as she provided powerful, but yet angelic vocals, reminiscent of Florence Welch. The highlight of their set was recently released single ‘Moving On’. Babeheaven return to Birmingham on Sunday 9th October – tickets are available here.

It was then time for The Magic Gang. The gig was part of the band’s biggest headline tour to date, which came off the back of a festival-filled summer which saw the quartet perform at Y Not and Reading & Leeds festivals. The band have also had the pleasure of touring with Digbeth locals, Swim Deep and London rockers, Wolf Alice in the previous year – which has helped the band build a strong and loyal fan base.

From the get go it was imminent that it was going to be a sweaty affair. The boys dived straight into their 14 song set with ‘Lady Please’, before playing both ‘She Doesn’t See’ and fan favourite ‘Jasmine’ – a trio of tunes which gave no respite for the moshing crowd.

Frontman and guitarist Jack Kaye provided superb vocals, whilst regularly turning his microphone to face the crowd as they sang back every word, which fuelled his ever present grin upon his face. The hazy guitar riffs created by him and fellow guitarist and vocalist Kristian Smith ensured that their audience jumped and danced throughout the show. Accompanied by powerful and catchy bass lines, the sound that the boys create is relatable to that of Mac DeMarco.

I’ve been trying to pick any faults with The Magic Gang’s performance on Saturday night, but quite frankly it was just brilliant. The lads are so loveable and they clearly love performing live – and with the fun and exuberant crowds they receive, it is to no wonder why they thrive so much off of it. With a catalogue of easy listening tunes at their disposal and the godly arm of Warner Bros. resting over their shoulder, it is only a matter of time before The Magic Gang blow up into the charts.

The Magic Gang are back at the venue on 15th October to provide support for post-punk rockers Spring King. Tickets are available from this link.