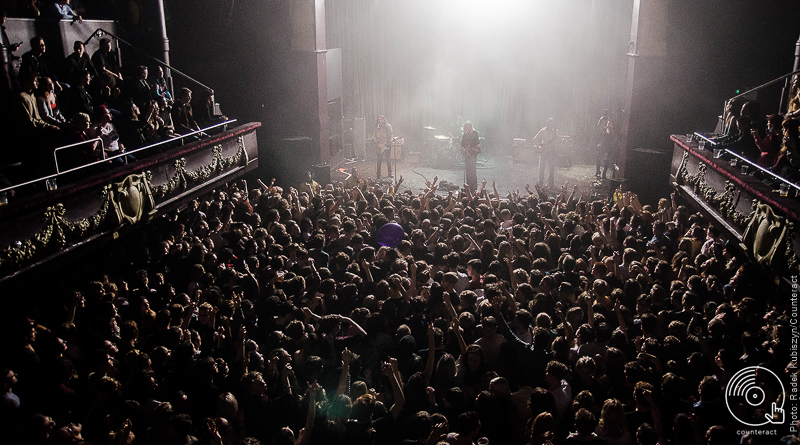 Many of those fortunate enough to get their hands on a ticket for this gig got down early to catch Liverpudlian band, The Night Café. The four piece indie group opened up the night with a short but impressive set. With clean, catchy riffs and mesmerising beats, the band well and truly got things underway by orchestrating a series of mosh pits. The 18 year old group share great similarities to fellow scousers Circa Waves, as well as the likes of Two Door Cinema Club and Foals. 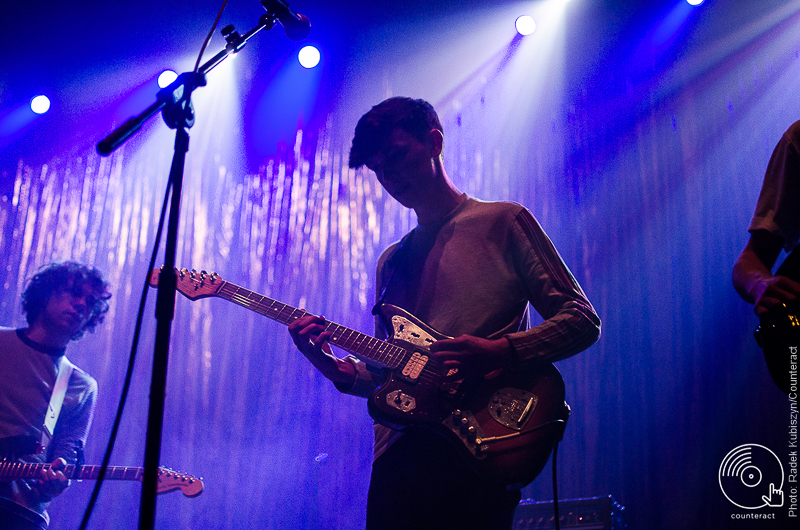 Hampshire based band Blaenavon then took over proceedings. Having spent all but the entirety of the last 6 months on the road supporting the likes of Two Door Cinema Club, Mystery Jets and DIIV, the trio have now embarked on the short string of dates with Sundara Karma. Their set wasn’t as well received by the crowd in comparison to their predecessors, but nonetheless they demonstrated great musicianship as they tore through their set which featured many songs from their 2013 Ep, Koso, as well as lots of previously unheard material as the band prepare to release their debut album in early April. 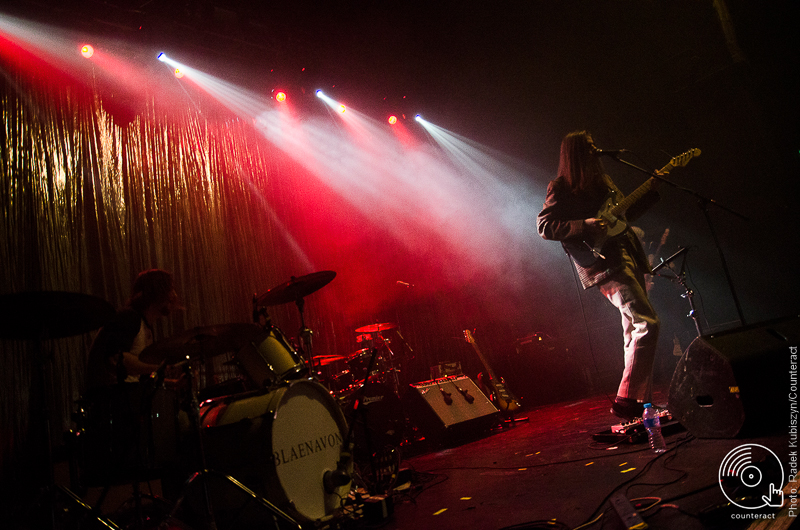 With Sundara Karma having to upgrade this gig from the nearby Rainbow to the larger Institute due to phenomenal demand, it’s fair to say to say that they’ve got a strong fan base. This was evident as the band took to the stage and delved into ‘A Young Understanding’. Accompanying Oscar Pollock’s unique and spine tickling vocals was a series of devastating strobe lights which sent the crowd into an early frenzy. The frantic start was given more ammunition with ‘Olympia’, as the Institute saw waves of fans bouncing up and down in unison. The carnage continued through ‘Freshbloom’, a favourite from their first EP. 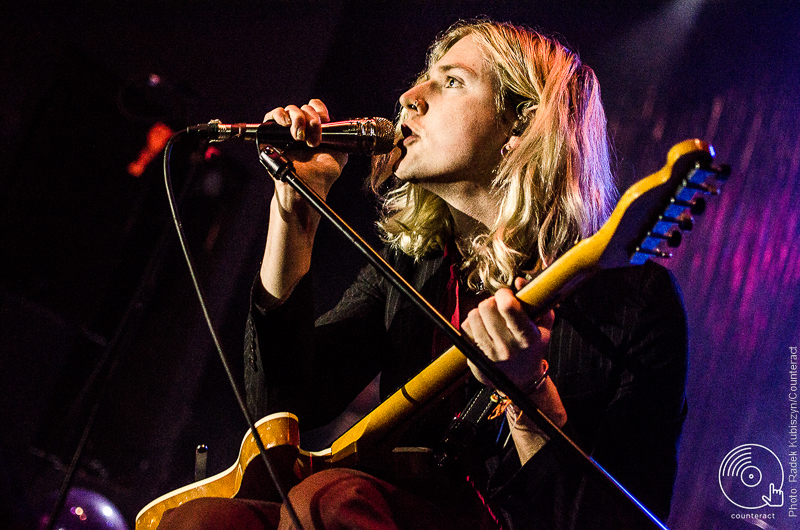 Sundara Karma lit the place up with their most commonly known hit ‘Flame’, which was one of the main highlights of the night. The fast pace continued as the youthful audience were treated to a rare performance of B-side ‘Hustle’ which was very well received. The tone was briefly tuned down a notch with the soothing ‘Lose the Feeling’ and their hypnotic debut single ‘Indigo Puff’ which was truly cherished by their fans. However, this break from the mosh was short lived and normality was resumed as ‘She Said’ bellowed round the room, encapsulating everyone in the stalls. This was followed up with ‘Vivienne’, where front-man Oscar leapt on top of the hands of his supporters, although his surf was short lived as he was engulfed by the loving crowd, leaving the Institute the duty of singing the remainder of the song. 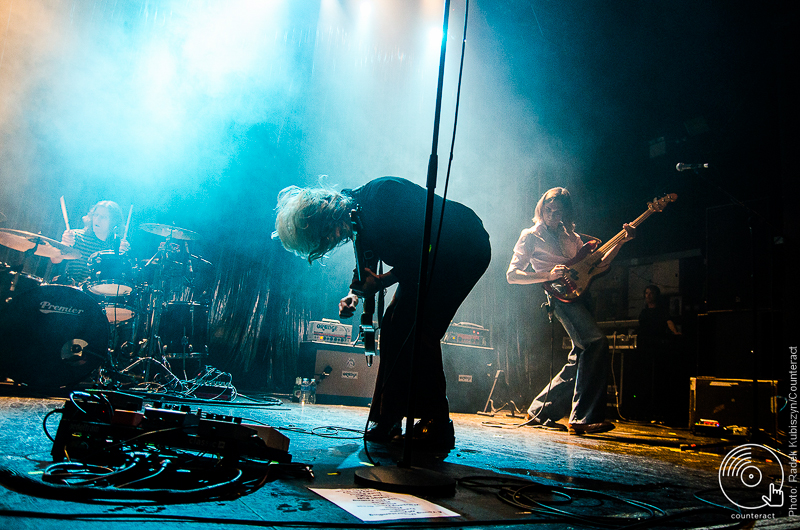 The band returned to the stage with a truly funked out cover of ‘Never Too Much’ by Luther Vandross, a common showpiece at Sundara’s gigs. Oscar prowled the stage with dominance as he put his own spin on the song with his wide ranging vocals. Sundara Karma ended the night’s events with heavy hitter ‘Loveblood’ which gave the Birmingham crowd one last dance. It’s surprising that Sundara Karma aren’t from round these parts, the similarities between Harrison Koisser (Peace) and Oscar Pollock are endless. and musically, they share the same sound as fellow Birmingham outfit Jaws. With Sundara Karma’s fans making up a large part of the Digbeth scene, it can only get bigger and better when they next return to the city. 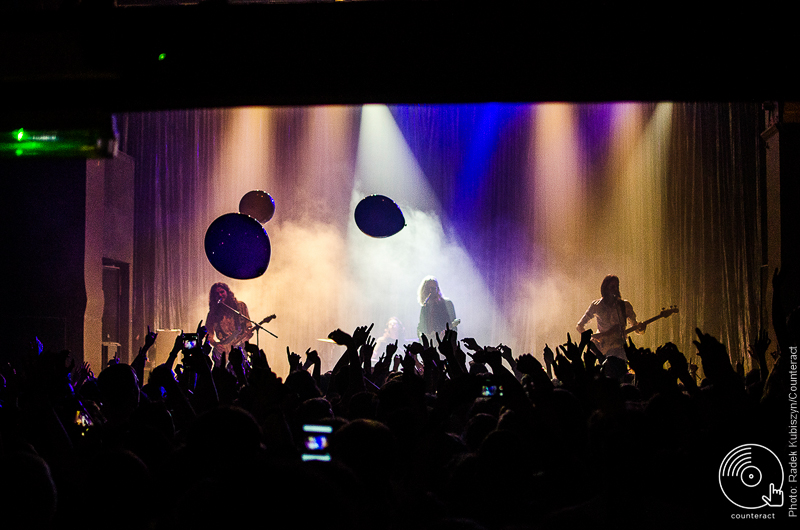