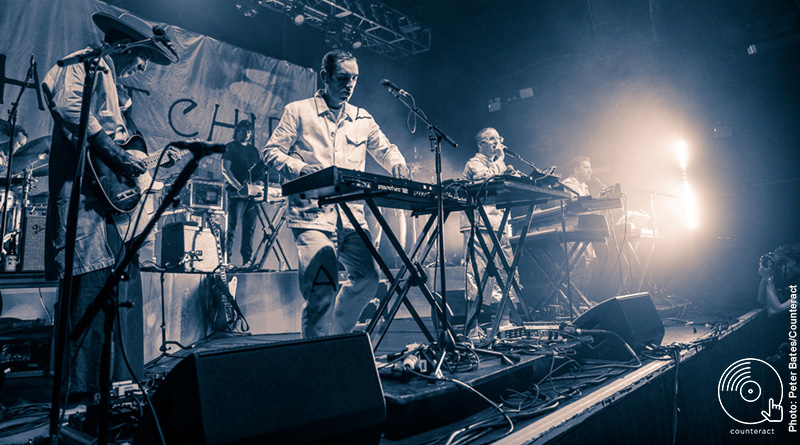 After a four year break, Hot Chip were back performing material from their latest album and bringing the party to Birmingham’s O2 Institute on 18th October, with a host of their electro-pop bangers.

A barrage of strobes intensifies in the sold out room of the O2 Institute on this wet October Friday night. When it eventually stops, a vocal sample from First Choice’s ‘Let No Man Put Asunder’ announces something for “your mind, your body and your soul” and there is a brief pause before the members of Hot Chip walk on stage to whoops and yelps from the crowd. From Al Doyle’s wide brim hat and smock effect, to Owen Clarke’s’ Dayglo splattered jacket and Alexis Taylor’s sparkly silver trousers, they look like they have just raided the dressing up box and are trying their hand at making music just for the fun of it. But seven albums down and after a four year hiatus, the reality though is very different, as they deliver a superbly crafted set spanning all of their albums from debut 2005 release The Warning, up to this year’s A Bath Full of Ecstasy. 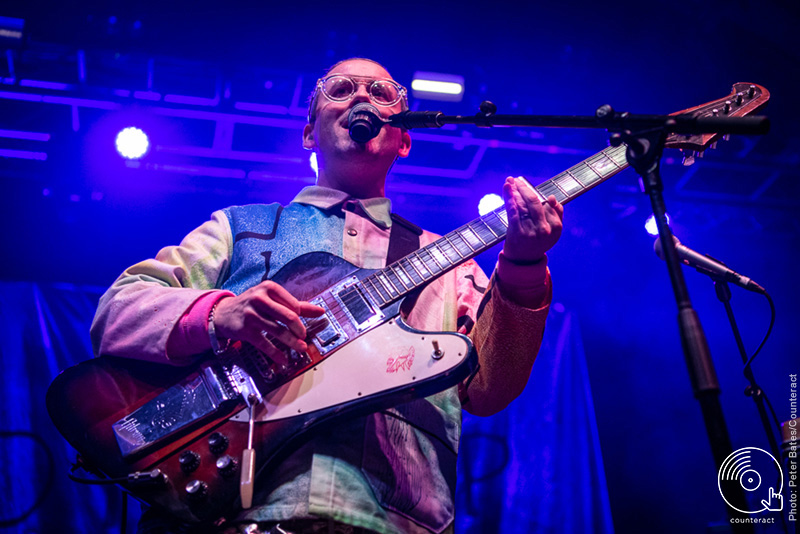 ‘Huarache Lights’, the first track from their sixth studio album “Why Make Sense” kicks off the evening, building to a pulsating climax worthy of a sweat-soaked finale rather than a warm-up opener. ‘One Life Stand’ and ‘Night and Day’ follow, with Clarke bouncing across the stage like he is having the time of his life, ratcheting up the pace and generating a club atmosphere with collective hands in the air, neon flashes and lightsabers as drumsticks. Four songs in and the pace drops for ‘A Bath Full of Ecstasy’ the title track from their latest album. The electro pulses and sci-fi synths are replaced by melodic 70’s style piano chords and Alexis Taylor’s crooning vocals. ‘Hungry Child’, another new track is expansive and segues effortlessly into ‘Boy From School’ from their debut album, revealing a common thread that links all their material. 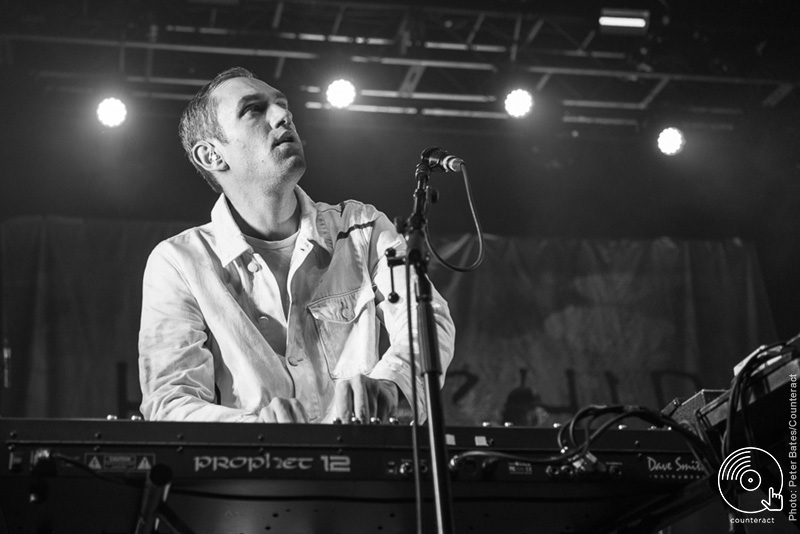 Even though the new tracks are more down tempo and considered, there has always been that sense of whimsy, of them not taking them selves too seriously, whether packaged and fired off in blistering beats or suffused into the ether. This all comes together on the Lipps Inc influenced ‘Spell’, a new track that sums up perfectly where they have come from and where they are going. 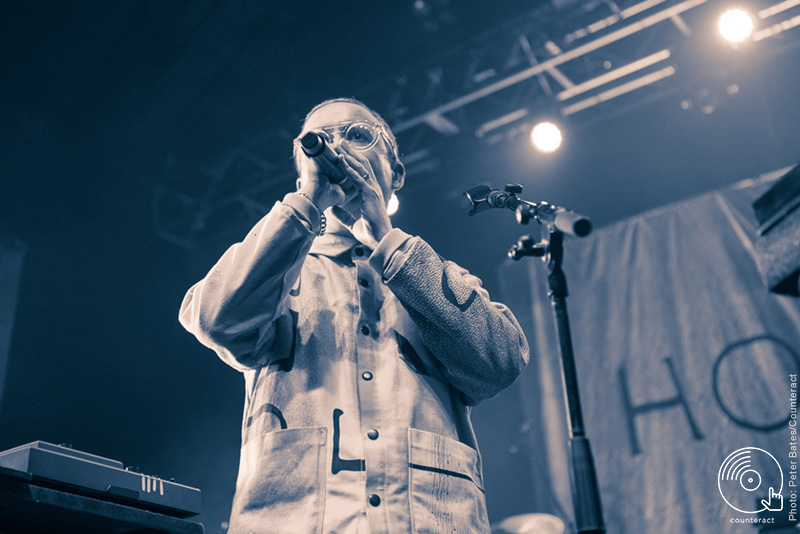 The sound of a cowbell brings in the familiar shuffle of ‘Over and Over’ which goes down an absolute storm. The eager crowd join in with singing the “Laid back..”intro but come in too early with the verse, as Taylor takes a few more soulful vocal turns before the drop. When it does eventually come the room explodes. ‘Melody of Love’, another newbie, is a track that reaches out and yearns for contemplation rather than inciting dance-floor mayhem. The main set ends with ‘Ready For The Floor’ that gets the crowd jumping again. 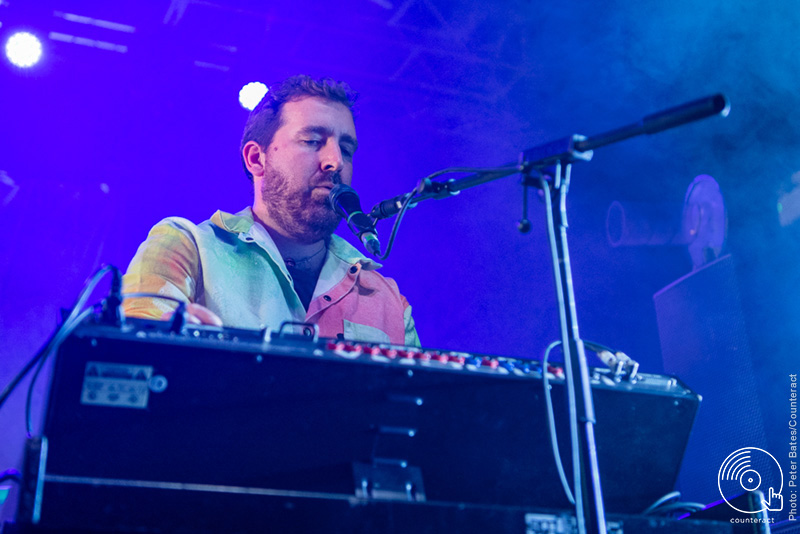 For the encore, Joe Goddard, who has remained fairly static throughout – steering the mother ship – takes over on vocal duties for the country-tinged, LCD Soundsystem vibe of ‘Clear Blue Skies’, their sixth new track of the night. As the room goes bat-shit crazy for an incendiary cover of the Beastie Boys’ ‘Sabotage’, Taylor screams into two mics, of course, just for the fun of it.