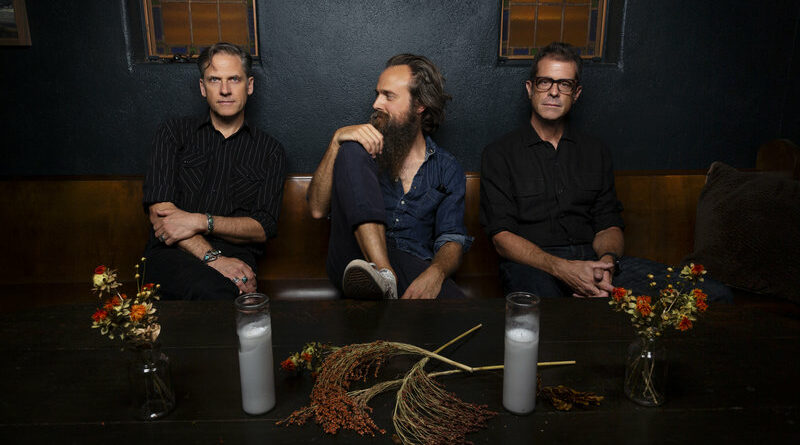 On a cold November day, what better way to spend your evening than lulled by Calexico and Iron & Wine’s gentle music? With little talk and a full joint set dedicated to showcasing as much as possible of both artists’ collaborative and individual discographies, the night of Thursday, November 21st at the Warwick Arts Centre was but a sonic triumph.

The two artists opened the concert with the sweet country-folk ballad Follow The Water, a song from their new collaborative album Years to Burn. Six men on stage, the sound of each instrument interweaving to create an experience much greater and more ambitious than the recorded version – a rewarding experiment, resulting in an ecstatic crowd.

Years to Burn comes over ten years after Calexico and Iron & Wine’s first official collaboration on the EP In The Reins in 2005, the first time their similar, yet peculiarly differing sounds were first merged to create a genre-bending resonance of its own. They have continued to collaborate since, with Calexico featuring on Iron & Wine’s 2007 politically dissident The Shepherd’s Dog, and Iron & Wine making a guest appearance on Calexico’s 2015 Edge of the Sun. A joint album was but a matter of time.

The set alternated between songs from their collaborative work, to covers of their respective individual sonic achievements, as well as worthy reinterpretations of indie classics like Echo and the Bunnymen’s Bring on the Dancing Horses – the latter twisted and turned to fit their joint experimental sound.

A musical, whimsical, powerful highlight was The Bitter Suite, whose ambitious instrumental sections allowed for space for almost jazz-like improvisation; all the instruments in dialogue, constantly moving forward the conversation while never losing the whisper of the original song at its core. 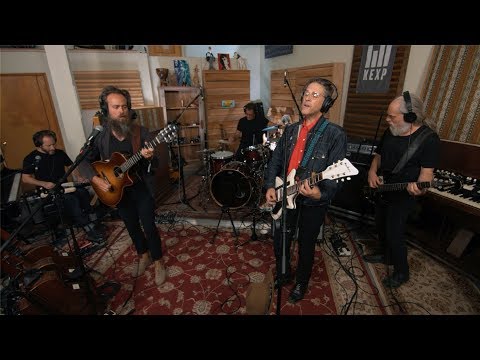 Both artists are, after all, known for combining simultaneously pensive and lugubrious subjects with at times cheerful rhythms and sounds; merging folk, country, jazz, mariachi and, undeniably and unforgettably, rock. A perfect example of their artistic flexibility might be the unassuming and in ways uncomplicated folk song In your Own Time. With its relaxed and catchy beat, coupled with the hopeful recurring motif that “someone will catch you if you want to fall,” In Your Own Time reveals itself as an optimistic anthem yearning for better times, but content with the present at hand. A gentle ballad dedicated to giving yourself time, and making mistakes along the way: how welcome imperfection is when we forget to allow it for ourselves.

Along a similar vein, the set concluded with Father Mountain, a song capable of evoking each small, delicate aspects of the scene it is depicting with all of its words, and all of its guitar strum. A mountain, rough weather, and two people alone against the world, the past embodied by a mansion and the inanimate objects that make it a home, the future a storm to come, facing each day with the simplicity of small gestures of love: We read the writings on the wall / Braced each other for the Fall. The whole band on stage, the crowd unconsciously swinging from side to side immersed in the scene, removed from the seats they were placed in and transported somewhere far, each to their own Mountain. It is no wonder the song even received a nudge at the Grammy’s.

“Thank you, this was fun,” Iron & Wine exclaimed leaving the stage: no one could disagree. The concert was a reminder of the value of brining artists together, and letting visions collide, merge, clash and intertwine: Calexico and Iron & Wine’s collaborative album is evidence of the potential for wonder which is hidden in discarding genre barriers and accepting hybrid sounds, and welcoming experimentation, difference and playfulness in music both live and recorded.